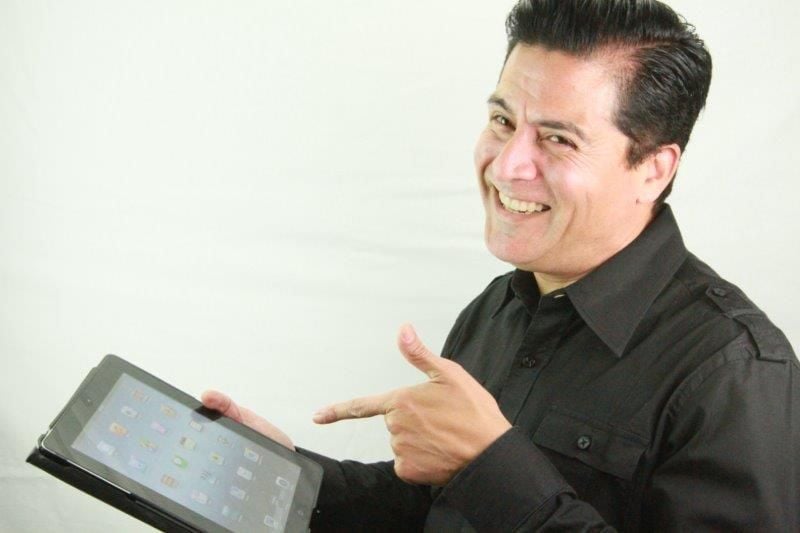 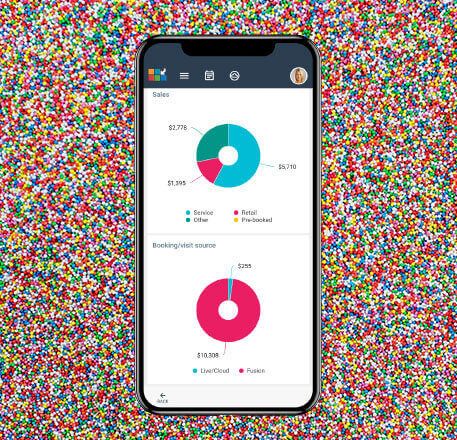 Shortcuts offers applications for owners, managers, stylists and guests, all designed to enhance the beauty experience and boost business.

Shortcuts offers applications for owners, managers, stylists and guests, all designed to enhance the beauty experience and boost business.

Collega in Canada is a large player in the beauty space. The company includes national distribution for Aveda products, 16 Aveda stores, three Aveda schools and six Civello salons. With locations across the country—from British Columbia to Ontario to Quebec--the salons alone employ about 200 people, with 600 additional people working for the company.

Freddie B Salon and Spa in Ventura, CA is also influential in the salon and beauty space. Owner Freddie Berumen, Jr. opened his place 10 years ago in the bucolic beach community. It’s located in a Spanish style house with eight chairs, two nail techs and two skin and massage treatment rooms.

While Collega and Freddie B vary, what they have in common is their use of Shortcuts software to power their businesses. Collega uses the company’s Enterprise system, while Freddie B relies on the POS version.

MULTI-SITE ENTERPRISE
Collega’s salon division implemented Shortcuts five years ago. According to Collega Director of Operations and Guest Services Kirsty Rosenow, the leadership team was drawn to the system because it’s so intuitive and easy to use. What’s more, it has bilingual capabilities vital to the company’s business in Quebec. One of the team’s favorite features is a branded app developed and customized just for Collega’s Civello Salons. This intuitive branded app allows guests to create and manage their own appointments and see their entire history. Clients can book at any location and make changes to their appointments at any time. Collega also designs app-exclusive promotions for things like last minute appointments or add-on services.

Internally, Rosenow cites the online booking feature as “revolutionizing our business.” She says, “It’s insane the amount of success we’ve had since launching this. In two years we’ve booked more than four million appointments online! Even more exciting, Shortcuts has aligned with Google, so clients can now book appointments directly through G-mail when discovering one of the salons through a Google search.”

Another huge win for a huge business is Shortcuts’ text and email confirmation feature. Rosenow states, “Our no-show rate has declined considerably, and the response rate from clients has been fantastic.”

For a large company, Shortcuts’ ability to keep everything centralized has been invaluable according to Rosenow. “We call it the ‘Shortcuts brain,’” she says. “A centralized hub allows us to input something once—price changes, new services, new employees—and it is implemented across all locations.”

For existing staff and new hires, training and implementation was a breeze. Rosenow says, “Shortcuts has an amazing online learning center with video for every step and procedure imaginable on their website. New hires focus on specific videos on their first day and we require team leads and managers to join their regular webinars. They also created a comprehensive front desk procedure guide just for us.”

Rosenow is impressed with Shortcuts service and training. She says, “Shortcuts is a great choice. As long as everyone uses the resources and gets the training, they’ll become raving fans.”

SINGLE SITE SUPPORT
Freddie Berumen, Jr. came to the salon business from banking, with no familiarity about salon software, so when he opened Freddie B he did a lot of homework.

“I went to hair shows, talked to tons of vendors but nothing felt inviting,” he remembers.

When looking for software, Berumen was challenged with selecting a partner that met his needs. In his search, he discovered that the products were either way too robust or complicated, or not intuitive enough to meet his specific needs. He needed a partner that could meet him in the middle and offer a flexible solution. And because Berumen had a smaller salon, some companies just didn’t respond.

Shortcuts not only responded to his inquiry, they assembled a team to do a phone demo and then spent hours answering all his questions. Berumen speaks to the service provided by Shortcuts as a differentiator. He notes, “To this day, nothing has changed. I can still pick up the phone and they treat me like family. I think of them as a lifetime business partner.”

Sole owners juggle many balls at one time, so Berumen is grateful for the things Shortcuts removes from his full plate, like online booking and email and text appointment confirmations. He notes that the cloud appointment book is so easy to use that staff members can hit the ground running. “Everyone picks it up right away, so we don’t have to spend a lot of time on training.”

The partnership with Shortcuts paid off in a big way for Berumen. “We had old computers and recently our server crashed,” he says. “Within the hour, Shortcuts had everything up and running again. Thanks to cloud backup I didn’t lose any data. Then I upgraded my computers and got Windows 10. I called Shortcuts and they said, ‘Don’t worry, we’ve got this!’ I turned my computers over to them at the beginning of the weekend and by Tuesday they had me fully operational. They took care of everything in the blink of an eye!”

Multi-site salons love Shortcuts, but for a single-site salon Berumen notes it’s also a great choice. “If you want value for your money, reliability, a company that will answer 10 million questions and back you up no matter what, it’s Shortcuts. It’s not only an investment in software, it’s one of the best business relationships you’ll ever have.”

Large or little, learn more about what Shortcuts can do for you at shortcuts.net.