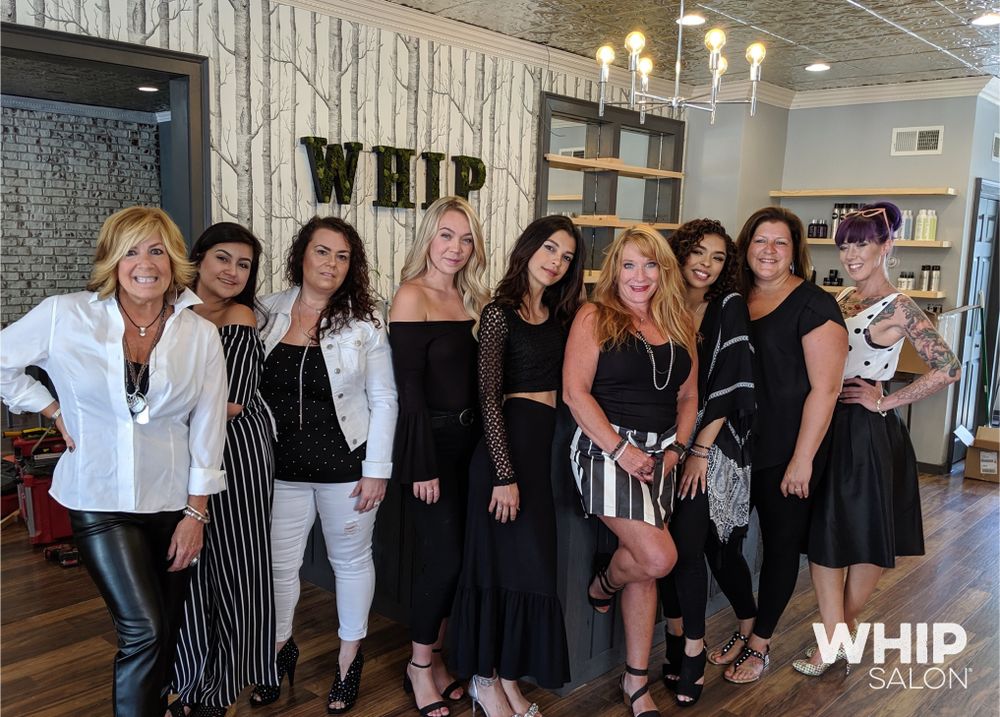 The Whip Salon team at the Newtown, Connecticut, location. 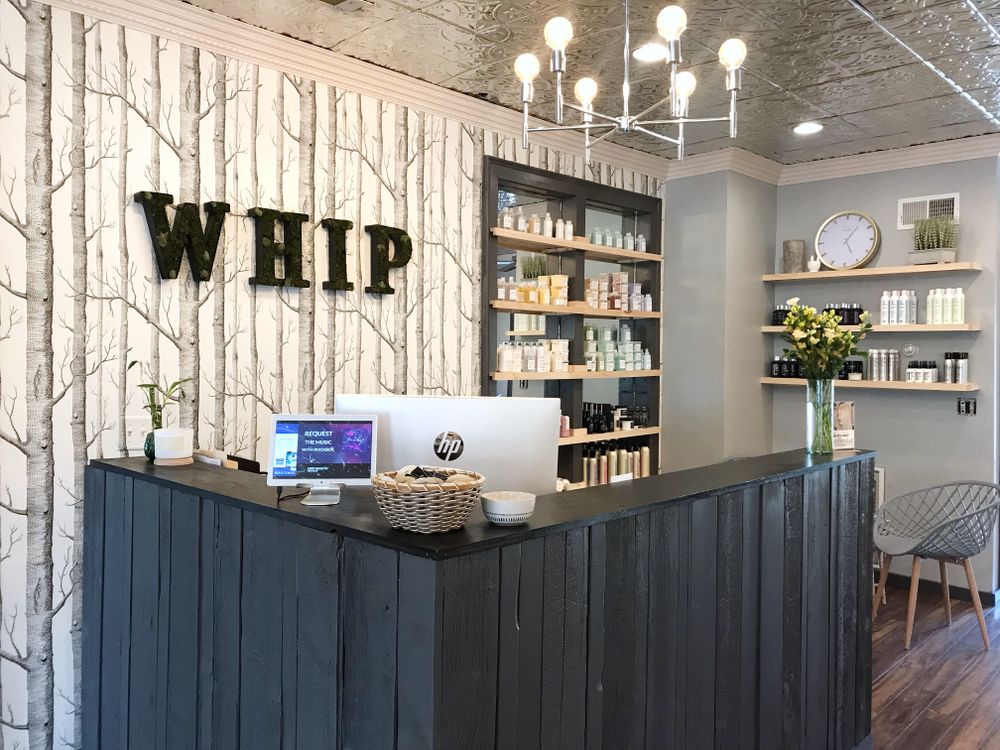 Whip Salon's core focus is on ease, excellence and edge.

The Whip Salon team at the Newtown, Connecticut, location.

Whip Salon's core focus is on ease, excellence and edge.

Whip Salon ( www.whipsalon.com ) is creating a business and culture for clients and stylists that has everyone wanting to #GETWHIPPED.

A popular, high-end full service beauty salon offering haircuts, colorservices, blowout memberships and makeup services, Whip Salon opened its first franchise unit this month and third location overall. Its hyper attention to sweating the small stuff has earned a loyal following that attracts clients and stylists alike and it has big plans for the #GETWHIPPED movement.

The popular salon first opened its doors in Ridgefield, Connecticut in October 2016 and expanded with a second location in Westport, Connecticut in 2018. It’s third location In Newton, Connecticut opened July 10, and plans are in the works for a third corporate location this fall with sights set on mational expansion in the next few years.

Whip Salon’s First Franchisee
Marcelle Tiffany, Whip Salon’s first franchisee and the owner of Whip Salon Newtown, had initially been employed by Whip Salon in Ridgefield and jumped at the chance to open a salon of her own. Tiffany brings a cross section of experience as both a licensed cosmetologist as well as an entrepreneur herself having experience with start-up businesses of her own.

Tiffany graduated from the Paul Mitchell School of Cosmetology in Danbury in 2009 and started her career working in various local salons. In 2011 she took time off for maternity leave but then refocused her career to open a juice bar/cafe in Bethel in 2013 which she managed and then sold in 2015. Yearning to get back into the beauty industry, she returned to working as a stylist and eventually made her way to Whip Salon.

Carving Out a Unique Niche
“When I started looking for a new salon company I came across Whip Salon and its strong branding immediately spoke to me,” said Tiffany. “I loved everything about the salon from its modern interior, edgy stylists, cutting-edge services and polished media presence. All of this was packaged in a buttoned-up marketing approach with a hyper-focus on client satisfaction—I was hooked.”

Amy Pal, founder of Whip Salon, is a serial entrepreneur with a background in business and marketing and not a hair stylist herself. Pal has kicked the tires on the traditional ways of doing things in the industry and found a way to optimize and turn-key systems both behind the scenes and in front of house.

“I was drawn to the beauty industry and in particular hair salons because I felt like there was an interesting opportunity to modernize the business, “ said Pal. “At least in our market, there seemed to be a lot of salons going through the motions, so we initially set out to stand out in a complacent marketplace.”

“In today’s day and age of doing everything virtually from shopping to communicating, I am certain that the human connection is going to become more important and not less so in the future. Our brand and culture are built on like-minded stylists feeding off of each other doing what they love and pampering and truly connecting with our clients to make them look great and feel special,” continued Pal.

“The Whip Salon culture is based on positivity and everyone is committed tocontinuing education, supporting one another and being the best we can be as individuals and collectively,” added Tiffany. “It’s truly a wonderful place to work and I knew early on that I wanted to be a part of the ‘Whip Salon’ movement so when the opportunity came along to franchise and spread this positive way of doing things, I seized it.”

“Happy employees breed happy clients,” says Pal. “I always say if you aren’t jumping out of bed to come to work, among like-minded professionals ready to explore your passion for doing what you love in beauty, then it’s not the right fit.”

The Whip Salon Edge
While ostensibly every business strives for client satisfaction, Whip Salon relentlessly pursues it. That doesn’t just mean turning around difficult clients, it means wowing people from the moment they enter through the time they leave. “We’ve created a system to monitor client satisfaction that really works, and in turn, we have a system for fostering ongoing employee motivation. The two go hand in hand in creating a strong system for retention for employees and clients
alike,” said Pal.

“Working with the Whip Salon Franchising Team gave me incredible confidence and speed to market,” said Tiffany. “In under three months I had signed and opened my new salon which is now humming along.”

Whip Salon synthesizes its approach down to what it calls the “three Es:” Ease, Excellence and Edge. Ease includes being open 7 days, offering blowoutmemberships and easy online booking. Excellence is around hiring top talent and serious dedication to our craft and staying on the pulse of what’s hot and finally
Edge. “Edge is actually more important than you might think and is definitely a unique aspect of our brand,” says Pal. “People of all ages want to feel like they are staying current and in good hands that keep clients informed and looking and feeling their best. That’s what we deliver.”

Why the Name Whip Salon
The meaning behind the name is Pal’s brainchild. “Whip , simply put, is a slang term for hair. I can’t recall how it got started but my friends and I used to refer to our hair as our whip. I thought it had such a playful ring to it that would set us apart in a landscape of predictable names,” said Pal. Whip Salon uses edgy hashtags to connote the fun that happens at the salon such as #getwhipped and #whiphappens.

Franchise Opportunities with Whip Salon
Whip Salon has a team ready to help potential franchisees learn more about their unique and modern system in the beauty industry. “Our first franchisee, Marcelle Tiffany, is 29 years old and has two young daughters. We were able to help her achieve serious speed to market by taking over an existing salon and rebranding it to Whip Salon in under 3 months and with start-up costs at the low end of the spectrum,” said Angela DePalma, head of franchise training for Whip Salon.

Whip Salon plans to open a third corporate location in Connecticut this fall and is currently talking to other potential franchisees. For more information email franchise@whipsalon.com.

About Whip Salon: Whip Salon is committed to offering top quality salon services such as cuts, color, blowouts, makeup and spa services for women, men and children. Whip Salon is focused on ease, excellence and edge. Clients are able to easily book online or through a downloadable app called Whip Salon for last minute bookings. Whip Salon has locations in Ridgefield and Westport Connecticut.