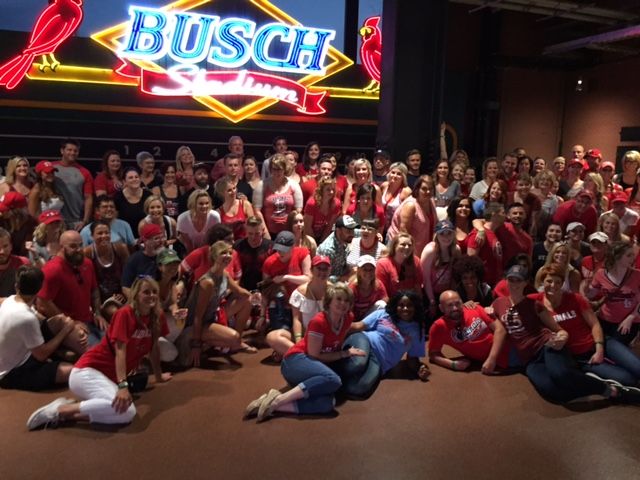 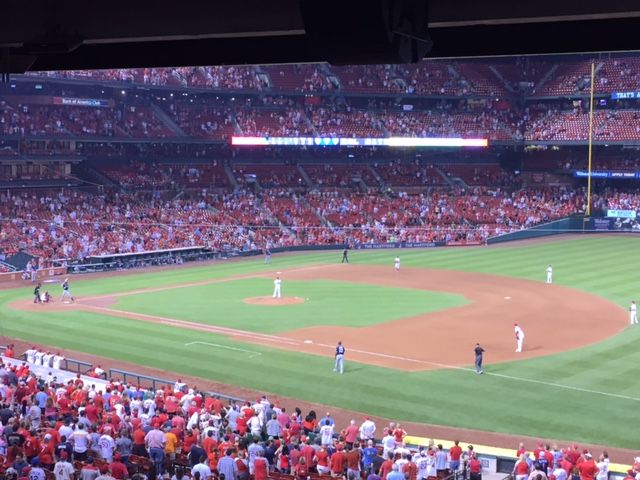 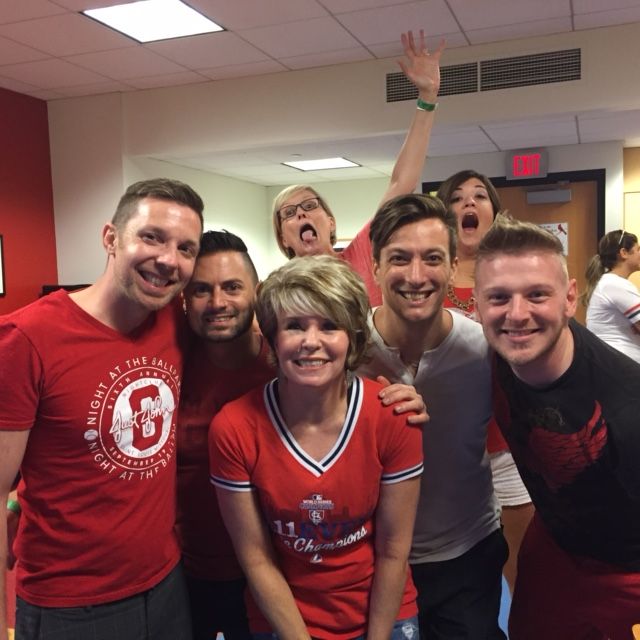 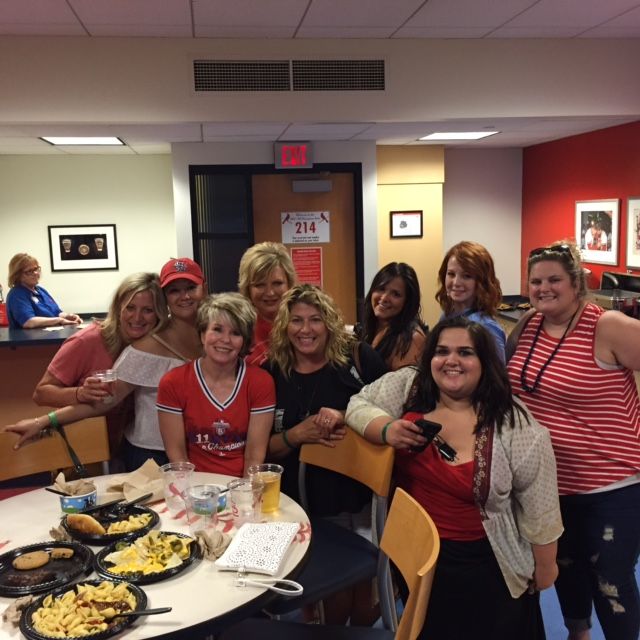 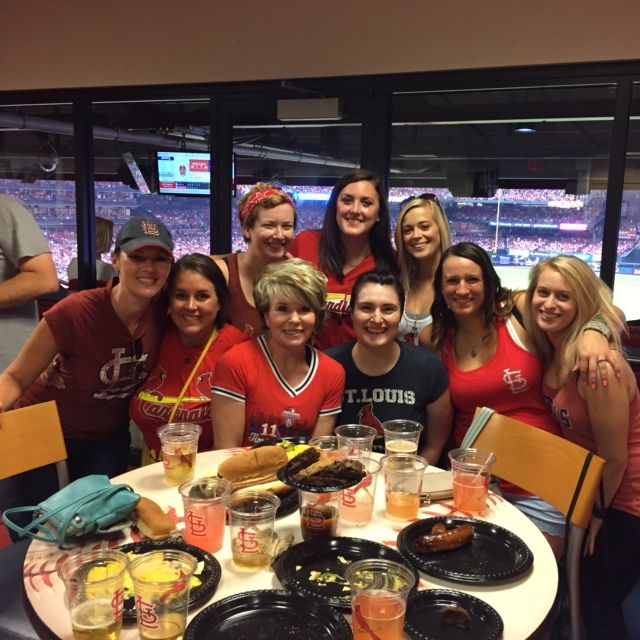 The team at Ginger Bay Salon & Spa in St. Louis, Missouri, are huge Cardinals baseball fans, and they show their support throughout the season. “We wear Cardinals gear for the home opener and certain playoff games and of course, when we’re in the World Series,” says owner Laura Ortmann.

The salon took that team spirit to new levels five years ago when they started a tradition of annual team outings to Cardinal games. “We pay for the tickets using our American Express reward points. This year, we cashed in $7,600 worth of points to pay for the team to attend,” Ortmann says. “Employees could bring guests, but they had to pay for the guest tickets.”

Each year, Ortmann works with the Cardinals organization to pick a date and reserve party rooms at Busch Stadium. The cost is $65 a ticket and includes unlimited food, drink (including beer), air-conditioned party rooms with indoor and outdoor seating, a bar and bartender. The menu includes nachos, hot dogs, bratwurst, brisket and several salads and desserts. “The rooms have TV monitors for those who want to watch the game from inside the party rooms,” Ortmann says.

As part of the arrangement, Busch Stadium then recognizes Ginger Bay Salon & Spa on one of the big signs in the stadium and they announce their attendance during one of the inning breaks-- great community marketing for the salon business. “This year, because we are a good customer and we are celebrating 25 years in business we were permitted to bring eight employees onto the field during batting practice and sit in the dugout!” Ortmann says. “Some of the players were really nice about it and gave autographs, and one of the Cards let our employees try on his World Series ring.”

This year, Ginger Bay Salon and Spa had 153 people in attendance, including good representation from both salon locations and all the different departments, including guest services, housekeeping, hair, esthetics, nails, massage and the corporate office. “For extra fun, many of our team members made a night of it and met before or after the game at restaurants around the stadium,” Ortmann says. “And, this year, our spa team rented their own party bus!”

Ortmann says the Cards nights are perfect morale builders. “It’s a great event for everyone to be together and see team members from the other location which they might not normally see,” Ortmann says. “It’s a casual setting that makes for a relaxing and fun evening. My favorite part of the night is meeting the family and friends of my team members. This year, I met 16 significant others (spouses, fiancés and boyfriends or girlfriends), two moms of newer employees and three roommates, and I learned that two of our employees are expecting!”

The team keeps it casual by not discussing work at the event. “There are lots of hugs and funny pictures taken,” Ortmann says. “Facebook was so fun as everyone’s feeds were filled with happy pictures of our team. Ginger Bay Night at Busch Stadium is a great way to celebrate us as a family!”