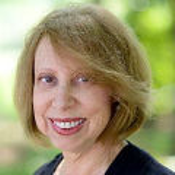 Rosanne Ullman, Project Editor for Modern Salon Media, has been writing for the MODERN SALON family of publications for more than 30 years, contributing landmark articles ranging from a year-long historical series celebrating MODERN SALON's 75th anniversary to a comprehensive tribute to Vidal Sassoon, as well as directing several of Modern Salon Media's custom publishing projects. Rosanne holds a master's degree in journalism from the Medill School of Northwestern University.

The Michigan salon normalizes opting out of conversation.

Glow Beauty Boutique Solves the Mystery of the Wintertime Slump

Just when revenue should have been building toward a peak, the esthetics salon was experiencing a sharp decline.

Retailing Gets Edgy at Richard Salon

Three experts in bridal hair share their secrets of success for a career in this lucrative, joyful specialty.

Stylists allocate their share from one service category to build a bank for classes and travel.

Mental Wellness in the Salon: How Salon Pros are Coping Post-Pandemic

Concerned about paying bills and discovering that crises make difficult clients only more challenging, some salon professionals watched their mental health decline during the pandemic. But the nature of the industry itself—the creativity, flexibility, and support—is what’s helping salon pros bounce back.

Bonusly gives staffers an easy way to award points in real time to every staffer in the salon who helps out.

When the team at Neroli Salon and Spa was stranded at home during the salon shutdown, Owner Susan Haise assigned them homework--they could attend a class, create a social media post or write a blog. Those practices have now become a habit that fueling the salon's digital content.