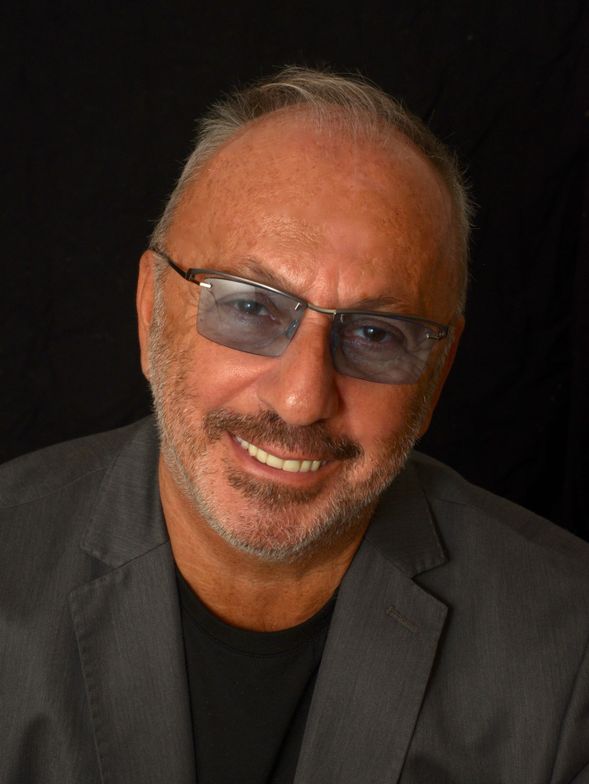 Why do some salon-owners take calculated risks by opening multiple locations and others stay with one? Some opt for a 6,000 square-foot lease while others feel more comfortable with 1,500? Some hairdressers become platform artists and others are content to work behind a chair. There are many reasons to those questions including our mindset, comfort zone, confidence and business acumen. But the number one reason is FEAR!

Some Independent salon owners fear the impact of Amazon and what the financial effect of losing service providers to salon suites will have on their business.

What if the energy used invested in fear, was put into positive aspects like building a new salon business model? It is fear that stops us reaching our endless potential of creativity and one of the greatest fears we have is change. Every decision we make in business and our personal life has some sort of risk attached. Risk has initially stopped great people in history.

For example, when the Pope commissioned Michelangelo to paint a fresco on the ceiling of the Sistine Chapel, he initially declined because he viewed the task as overwhelming and fled to Florence. Additionally, Copernicus refused to publish his original discovery that the earth revolves around the sun, fearing rejection and ridicule. He stayed silent for twenty-two years.

Fear affects us all every day, sometimes it is justified, but mostly it is not.

It's dark outside, and you're home alone. The house is quiet other than the sound of the show you're watching on TV. You see and hear it at the same time: The front door is suddenly thrown against the doorframe. Your breathing speeds up, your heart races, your muscles tighten. A few seconds later, you know it's the wind. No one is trying to get into your home.

For a split second, you were so afraid; you reacted as if your life were in danger, your body initiating the fight-or-flight response critical to any animal's survival. But really, there was no danger at all. What happened to cause such an intense reaction?

To demonstrate the power of fear, if you put a plank on the ground two feet wide and thirty feet long, you’d walk on it without looking down at the plank. You can go back and forth and jump up and down with no problem. Now imagine walking on the plank 300 ft in the air.

Intense fear paralyzes us; it affects the way the brain works. When we have fear and anxiety we are not distracted and we can focus. When we are anxious, we release nuero-transmitters in the brain, which focuses us.

For a consumer, fear drives us to purchase products we may not need. Our brain evolved to survive in a jungle and we are now using it to shop.

What Exactly Is Fear?

Fear is a chain reaction in the brain. It starts with a stressful stimulus and ends with the release of chemicals that cause a racing heart, fast breathing and energized muscles. It is known as the fight-or-flight response. The stimulus could be a spider, a knife at your throat, an auditorium full of people waiting for you to speak, or the sudden thud of your front door against the doorframe.

The door knocking against the doorframe is the stimulus. As soon as you hear the sound and see the motion, your brain sends out this sensory data. At this point, the brain doesn't know if the signals it's receiving are signs of danger or not, but since they might be, it forwards the information. Your neural impulses then take action to protect you. It tells the brain to initiate the fight-or-flight response that could save your life, if what you're seeing and hearing turns out to be an intruder.

The process looks like this: When your eyes and ears sense the sound and motion of the door, they relay this information to your brain. It is then interpreted for meaning. The sensory cortex determines there is more than one possible interpretation of the data and passes it along to the part of the brain that will establish context.

The sensory data regarding the door -- the stimulus -- is following both paths at the same time. It is why you have a moment or two of terror before you calm down.

The brain is a profoundly complex organ. More than 100 billion nerve cells comprise an intricate network of communications. It is the starting point of everything we sense, think and do. Some of these communications lead to conscious thought and action, while others produce autonomic responses. The fear response is almost entirely autonomic: We don't consciously trigger it or even know what's going on until it has run its course.

Walk In The Woods

You are taking a walk in the woods; the sun is shining through the leaves. Suddenly, a rattlesnake appears at your feet. You experience something. You freeze, your heart rate shoots up and you begin to sweat ― a quick, automatic sequence of physical reactions. That reaction is fear.

A week later, you are taking the same walk again. The sun is out again, but no rattlesnake.  Still, you are worried you will encounter one. The experience of walking through the woods is fraught with worry. You are anxious.

Human Anxiety Is Greatly Amplified By Our Ability To Imagine The Future, And Our Place In It.

Some people are wired to seek out highly sensational experiences. When they are exposed to that kind of experience they get an adrenaline rush. There are those who enjoy watching horror movies and people who like riding roller coasters.

But being frightened isn't always a bad thing. In fact, it's been a survival mechanism for humans for millions of years. Fear is a vital response to physical and emotional danger — if we didn't feel it, we couldn't protect ourselves from legitimate threats. But often we fear situations far from life-or-death, and thus hang back for no good reason. Traumas or bad experiences can trigger a fear response within us that is hard to quell. Yet exposing ourselves to our personal demons is the best way to move past them.

Why Do We Fear?

If we couldn't be afraid, we wouldn't survive for long. We'd be walking into oncoming traffic, stepping off of rooftops and carelessly handling poisonous snakes. In humans and in all animals, the purpose of fear is to promote survival. In the course of human evolution, the people who feared the right things survived to pass on their genes. In passing on their genes, the trait of fear and the response to it were selected as beneficial to the race.

The Difference Between Fear And Worry

When you don't build a tolerance for a healthy, natural amount of fear, you unconsciously turn toward avoidant behaviors that mess everything up. Worrying is one such behavior.

Worrying pretends to be necessary, but it's not proactive and it's not helpful.

Worry is a junk food for your fears! It is full of empty calories and because you're not giving your fear anything useful to digest, your fear remains hungry, continues to binge on your negative thoughts, and eventually becomes obese.

Fear can lead salon owners to make bad decisions or procrastinate. Fear can be crippling. The fear of failure, rejection, or simply the unknown can render us paralyzed. Imprisoned in our own minds, we may end up boxing ourselves into a corner, feeling unfulfilled and frustrated. On the other hand, fear serves a purpose. From a survival standpoint, fear keeps us from doing things that might be harmful. It can also be a great motivator: if we direct our energy in the right way, the fear of not achieving goals or falling short of a vision, can get us moving.

Here are a few truths about fear to help you utilize it, rather than let it control you.

Realize Most Of Your Fears Are Irrational: Our minds sometimes ramble and project. We have a huge capacity for speculation, imagination, and wonder. This can be an asset as creativity is the wellspring of innovation. It can also get in the way when the things we imagine provoke fear. We can imagine the worst scenarios. The “what if” element can befuddle us into non-action.

Some minds tend to linger in the murkier side of “what if” more than others. At a certain point you simply have to realize the things you’re obsessing over are pretty far-fetched, and let it go. Instead of succumbing to this dread in your mind, simply analyzing the things you’ve been afraid of in the past, which never materialized, can help you overcome your current fears. Once fear is recognized as unreal, the impediment is removed and you’re propelled forward.

Understand Even Your Rational Fears Will Probably Never Happen: Even if our fears are based in reality and qualify as somewhat rational, a lot of life is a battle in the mind more than anything else. Most of even the legitimate scenarios we dream up will never come to fruition.

For those of us who manage to psyche ourselves out of the possibilities in the future, let’s keep in mind they’re just: possibilities. Most embarrassment, disgrace, horrible modes of disease and death you ponder will not happen to you. Tragedies in life are usually unforeseen and unavoidable.

Coming to terms with this will not only help you relax, but it even helps you to take new chances. Without the feeling of impending doom, you’re free to experience life and your business decisions in a more vibrant way.

There are two rules to achievement: conformity and originality. Conformity means following the crowd down conventional paths and maintaining the status quo. Originality is taking the road less traveled, championing a set of novel ideas that go against the grain but ultimately make things better.

Although nothing is completely original, all of our ideas are influenced by what we learn from the world around us. We are constantly borrowing thoughts, intentionally or inadvertently.

Originality involves introducing and advancing an idea relatively unusual within a particular domain. The hallmark of originality is rejecting the default and exploring whether a better option exists.

To be original, we need to have courage and take radical risks. This belief is embedded so deeply in our cultural psyche. We admire astronauts like Neil Armstrong - the courage to leave the planet and venture boldly into space. We celebrate heroes like Mahatma Gandhi and Martin Luther King Jr. who possessed enough conviction to risk their lives for the moral principles they held dear. We look up to icons like Steve Jobs for having the audacity to drop out of school and go for broke.

The word entrepreneur literally means “bearer of risk.” All great creators, innovators and change agents transformed the world, because they were willing to take a leap of faith.

Originality doesn't require extreme risk taking. In every domain, from business to science and art, the people who move the world forward with original ideas are rarely paragons of conviction and commitment. When you peel back the layers, they too, grapple with fear, ambivalence and self-doubt.

Make your fear a source of fascination. The same things we fear also incite feelings of exhilaration and even passion. It is why people enjoy extreme sports, and swimming with sharks on vacation. Try to re-frame your fear in a positive light and acknowledge the thrill it can offer. When you start seeing fear as a source of energy, you might even embrace its role in your life.