Known as the founder of American Crew and its artistic director, David Raccuglia and Paul Wilson also are the owners of Art + Science, a chain of four salons in the greater Chicagoland area.  As they witnessed the growth of American Crew and the explosion of the global barbering movement, they started studying their own salons, thinking about how welcoming the environment was to prospective male clients.
“We wanted to get every guy from surrounding neighborhoods to become Art + Science clients and felt we needed to create an actual physical space they could go to,” Wilson says. “We have always done great men’s hair, we just never had a space that was specifically for men—opening up a barbershop within our salons just made sense.”

So the owners designated 250 square feet of their 3,400-square-foot Evanston location as an in-salon barbershop and named it Crew Space. With an authentic barber pole, leather and metal barber chairs, refurbished-looking oak stations and framed black-and-white pictures of men sporting classic styles, the space is “brutally masculine,” says Wilson. “Clients who sit in the barber chairs talk about the imagery of the haircuts they see, which are rotated around periodically to keep the design fresh. We include looks that David and I have shot over the years.”

While Art + Science is promoting the Crew Space through its website, blog and social media, it’s primary driver is word of mouth, and its best marketers are the female clients of Art + Science. “With it being so prominent within our salon, we get a lot of questions about it,” says Wilson. “As a result, we’ve attracted many of our clients’ husbands, boyfriends, brothers and friends.”
Wilson has designed specific promotions for Crew Space guests. “We have been marketing a membership called ‘The Year of Grooming,’—it’s a year’s worth of haircuts, discounts and products,” he says. “We also have a three-pack offer for first-timer customers only—they purchase two haircuts and get one free. It’s getting a very good response.”

The experimental Crew Space has been a home run for Art + Science. “We’ve been booked solid for a couple of months,” Wilson says. ” “It has increased our overall business tremendously. I predict we have almost maxed out on what it can do for this particular space (Art + Science in Evanston) but we are looking into expanding the space into other locations.”
Based on Art + Science’s success, American Crew is now offering a Crew Space kit for salon owners interested in opening up their own barbershop-within-a-salon. “American Crew sets up the space and offers everything that’s included in it from the station, chairs and mirrors to the wall imagery,” says Wilson. 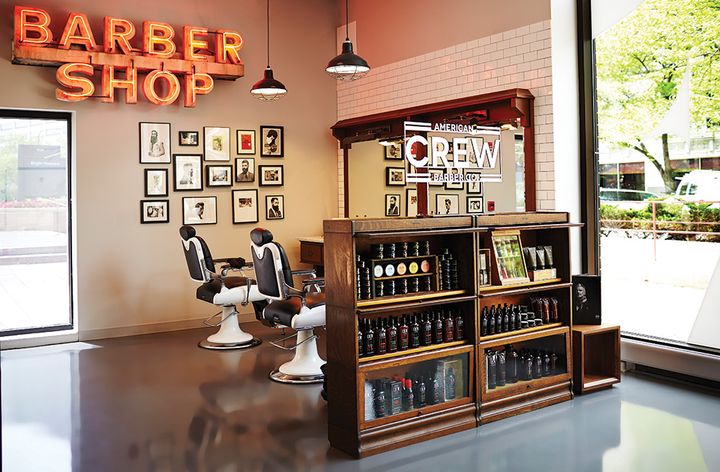 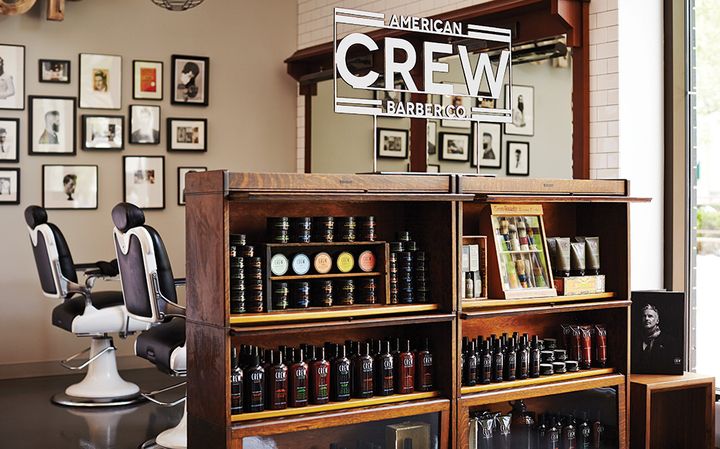