In an effort to help her community after the devastating impact of Hurricane Sandy, Zilinski called on industry friends and created a nationwide cut-a-thon that provided relief to thousands of storm victims. Held in the ballroom at the Berkeley Hotel in Asbury Park, NJ, the event hosted more than 50 talented stylists who donated their time, including guest artists Nick Berardi of Wella, Traci Sakosits, creative director at the Sassoon Academy; and Randky Taylor and Gerard Scarpaci, co-founders of Hairbrained.

To get the word out, flyers were passed out and strategically placed in gyms, local schools and stories, a word-of-mouth and social media campaigns were developed, and a PR campaign resulted in mentions in newspapers, and on the radio and television. “Together, we raised $27,000 by offering haircuts for a minimum of $40 combined with an auction,” reports Zilinski. “In addition, many salons participated throughout the US and Canada raising additional funds in cut-a-thons held in their own salons.” 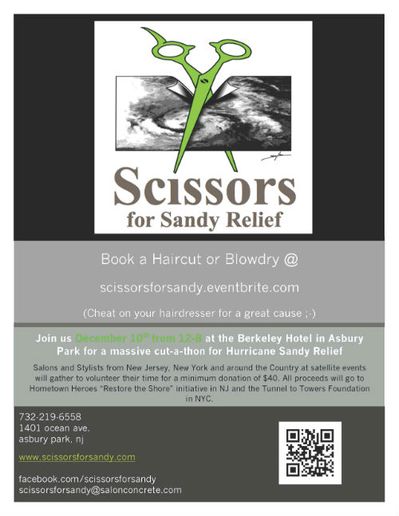