We've all heard the backstage stories regarding the diva-like behavior of celebrities and rockstars, but have you ever considered there might  be more behind these silly demands than their Hindenburg-sized egos?

In "The Telltale Brown M&M," Fast Company, March 2010, authors Dan and Chip Heath uncover the real reason Van Halen front man David Lee roth always included a clause in his contract, specifying: "There will no brown M&Ms in the backstage area, upon forfeiture of the show, with full compensation."

The clause, which was called Article 126, wasn't simply the irrational behavior of a spoiled celebrity, but a diagnostic that allowed the band to detect problems early:

"Van Halen did dozens of shows every year, and at each venue, the band would show up with nine 18 wheelers full of gear. Because of the technical complexity, the band's standard contract with venues was thick and convoluted. A typical article in the contract might say, "There will be 15 amperage voltage sockets at 20-foot spaces, evenly, providing 19 amperes.'"

According to the authors, when Roth arrived at a new venue, he'd walk backstage and glance at the M&M bowl. If there were brown M&Ms, he knew to anticipate problems and would demand a line check of the entire production. "In other words, Roth was no diva. He was an operations expert. He couldn't spend hours every night checking the amperage of each socket. He needed a way to assess quickly whether the stagehands at each venue were paying attention-whether they had read every word of the contract and taken it seriously," they wrote.

So what's your brown M&M? As a busy salon owner, you don't have time to police every miniscule detail of your business, but if you rig up your own system beforehand, you don't have to. Whether you're entering into negotiations with a contractor who'll be renovating your salon or spa or establishing a list of sanitation procedures for your staff members, think about what kind of telltale you can imbed in your directions. Something you can quickly and easily spot, letting you know whether or not your wishes are being carried out. Your employees may think you're a diva for doing so, but really, it's just smart business.

I'm gathering your M&M stories for a followup piece in SALON TODAY. Click here to send me your examples. 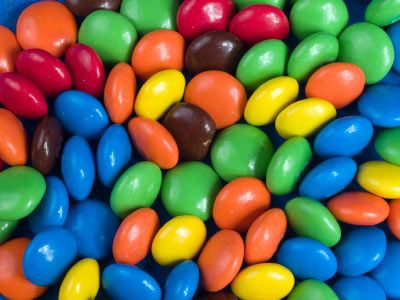