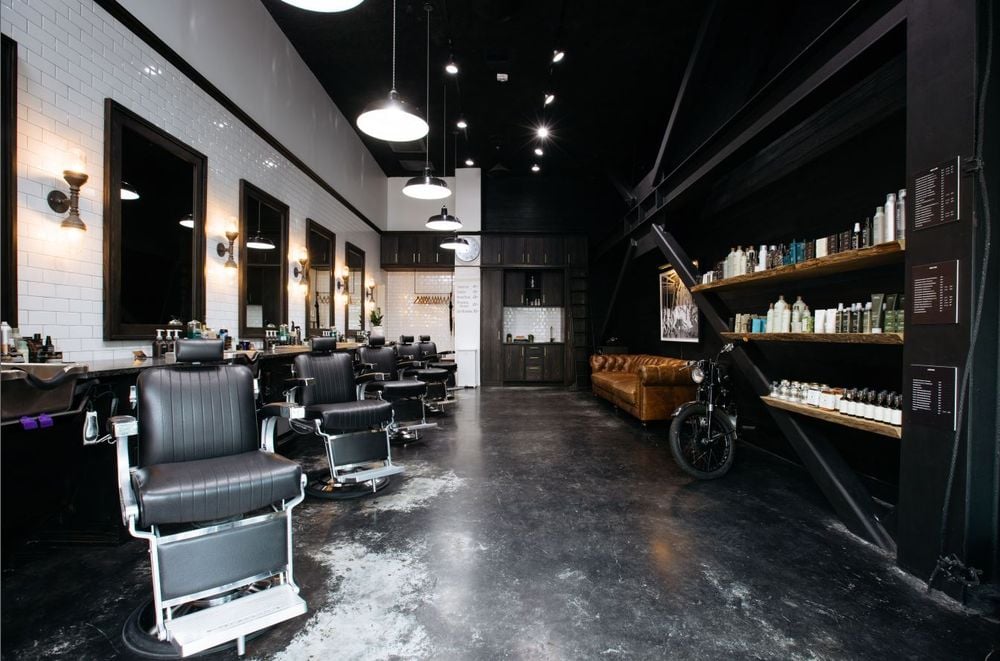 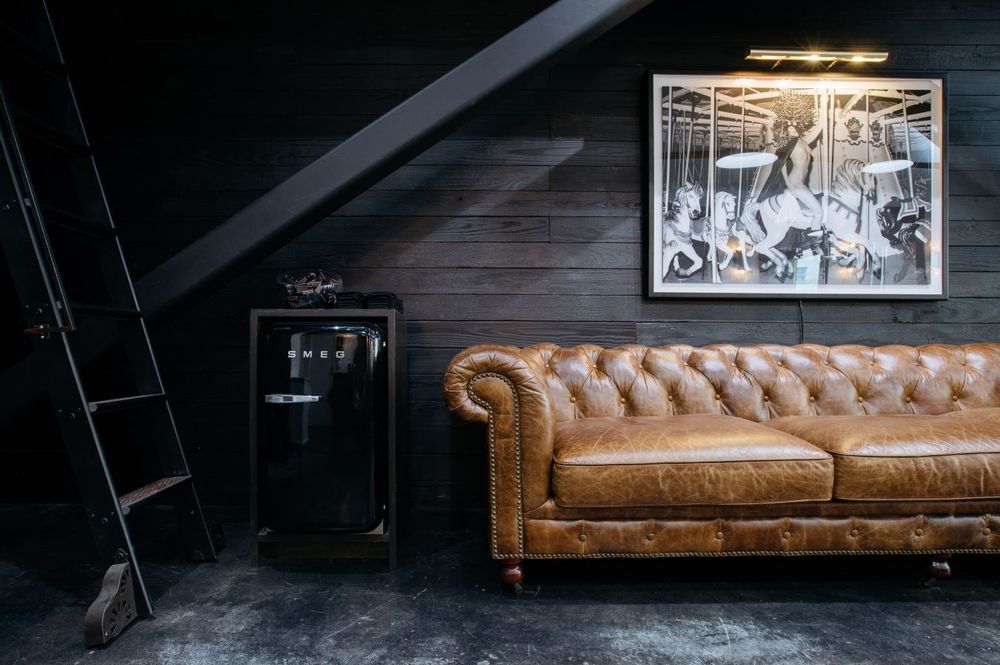 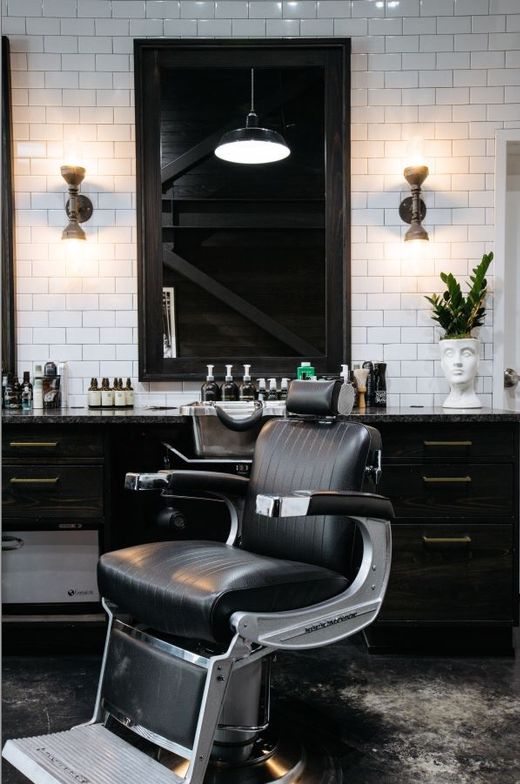 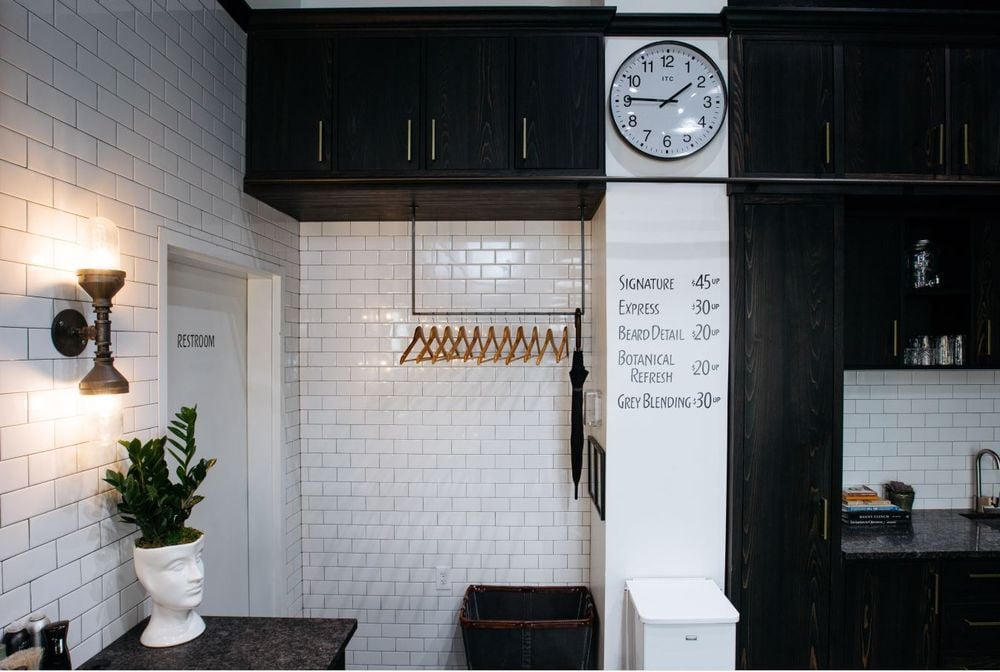 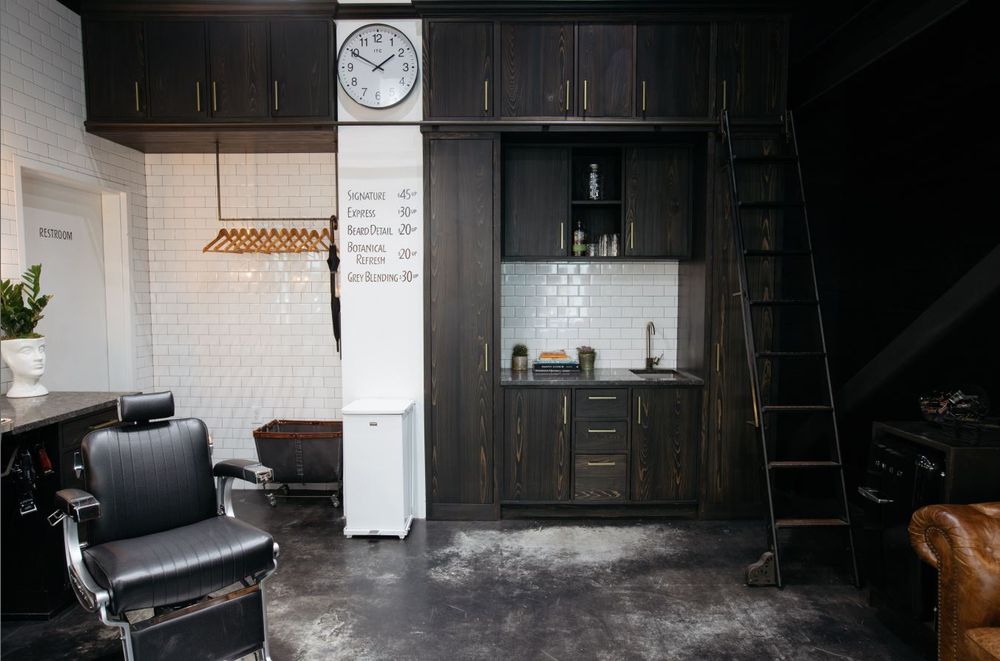 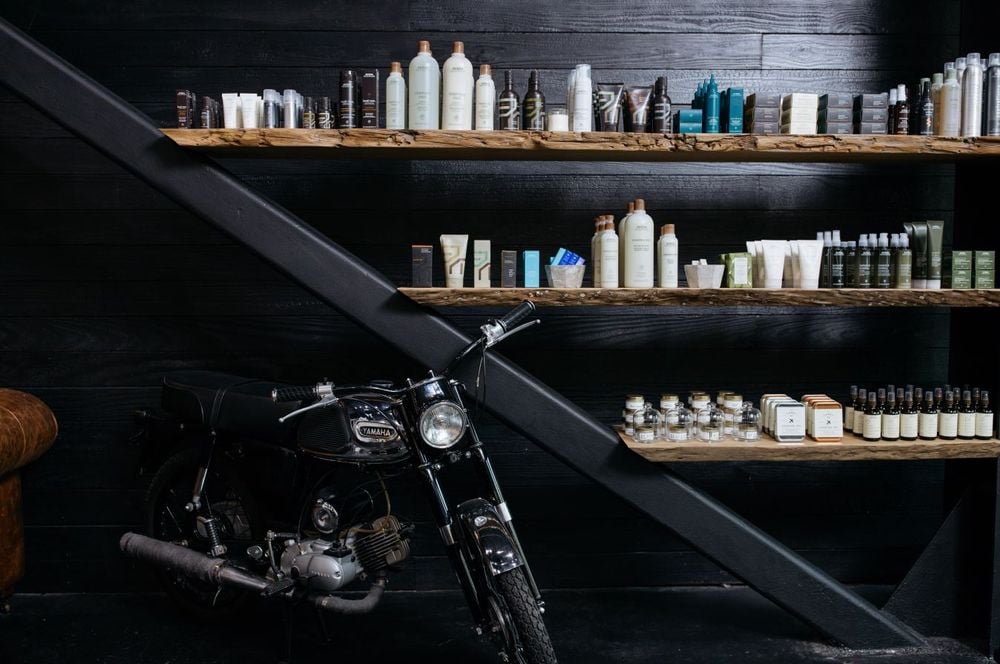 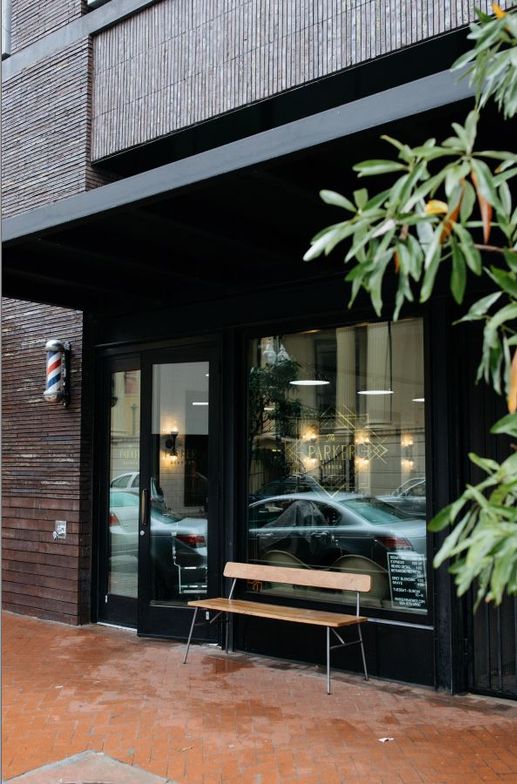 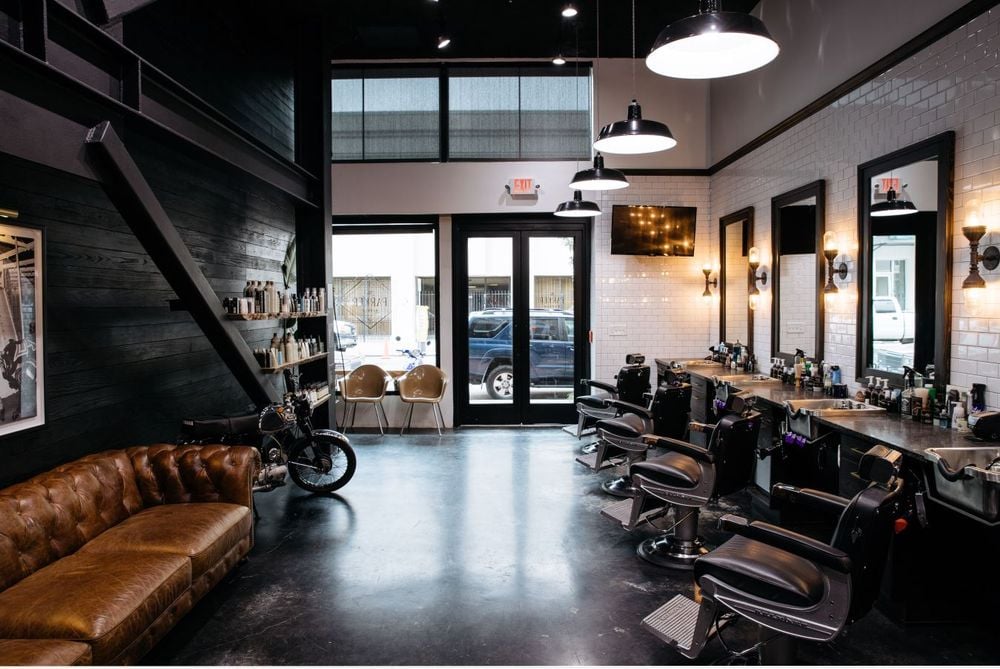 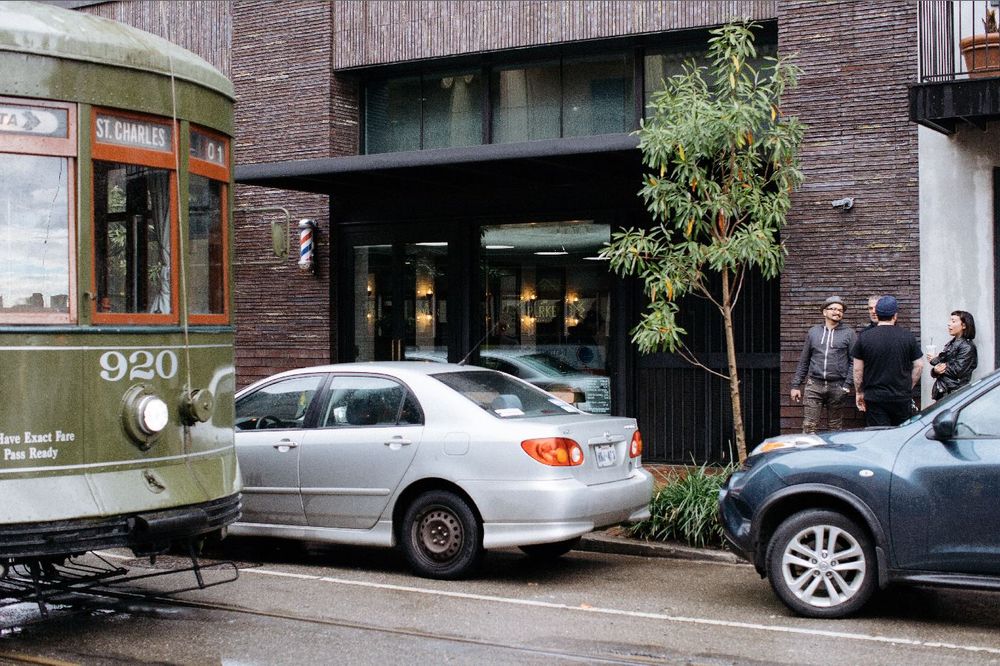 Situated beside the hip Ace Hotel in the Central Business District of New Orleans, the small but mighty 511-square-foot Parker Barber is an avant-garde interpretation of an old-school barbershop. Clients are greeted by smartly dressed barbers who start the service with a neat whiskey or a cold beer.

Subway tile, industrial sconces and tufted leather couches evoke the spirit of the past while ergonomic barber chairs, each with its own stainless backwash, provide the comfort and conveniences of modern day.
Design elements that pay homage to the shop’s Louisiana heritage include the reclaimed cypress shelving that the founder’s father, Edwin Neill II, bought years ago.

“The beams were stored in a warehouse,” Garrison Neill says. “It’s the kind of wood that when you see it, you buy it because you know how special it is and you know some day you’ll find its purpose. With a nod to the natural state, we designed the shelving to show its live edge.”

Neill also installed Louisiana cypress paneling as the backdrop to the shop and had it finished in the traditional Japanese way called Yakisugi—a torching that preserves the wood. The barbershop’s sole piece of art is a black-and-white photograph featuring a woman wearing nothing but a mask, cape and boots riding a carousel. It was acquired from an elder photographer who searched his archives for an image that suited the shop.
“We wanted something provocative but timeless, and this represents the last ride of a carousel in a New Orleans amusement park that was open from the 1920s to the 1980s,” Neill says.

Nestled between the Aveda product gallery and the Chesterfield leather couch rests a Yamaha motorcycle once owned by Neill’s grandfather, who was one of the first Yamaha dealers in the Midwest.

One unique design feature has nothing to do with aesthetics but with sound. Recognizing that communal conversation is part of the barbershop experience, Neill installed a specialty acoustical spray on the ceiling to eliminate echoes. The acoustics are so acclaimed, local musicians perform shows there after hours.

By eliminating the traditional front desk, the barbershop was able to reduce the overall square footage required to operate. The responsibility of checking clients in and out falls to the client’s personal barber who utilizes the SalonBiz app. Having a backwash, hot-towel cabinet and clean towel storage at each station further provides for optimal productivity.

“Although the small space wasn’t without its challenges, we’re ultimately grateful for the intimacy of it,” Neill says. “Because of the small footprint, our utility costs are low, enabling us to run an even tighter ship.”