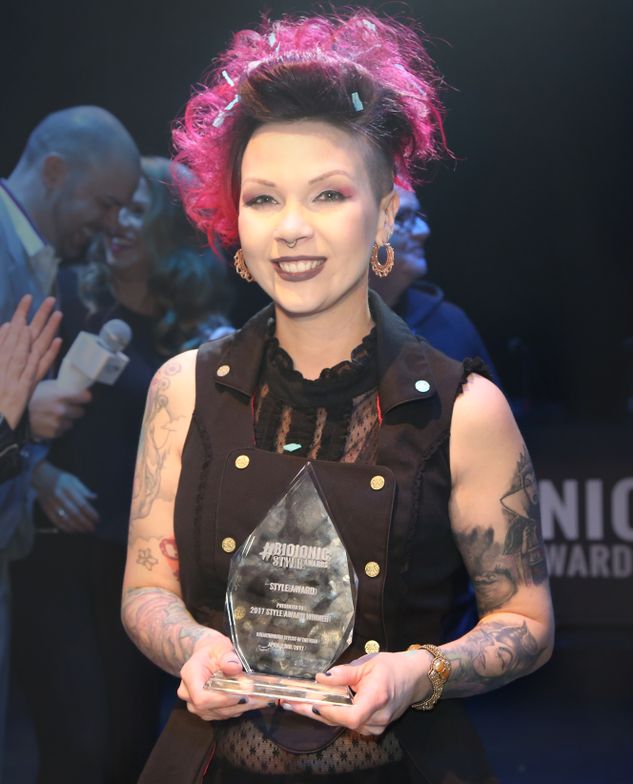 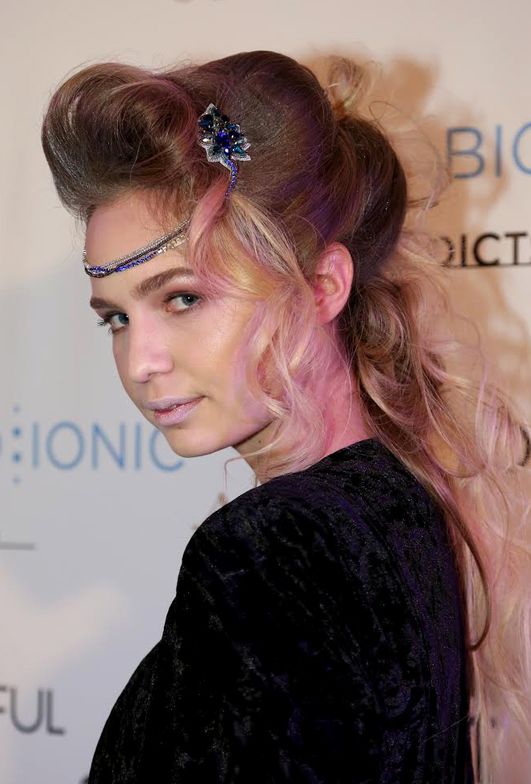 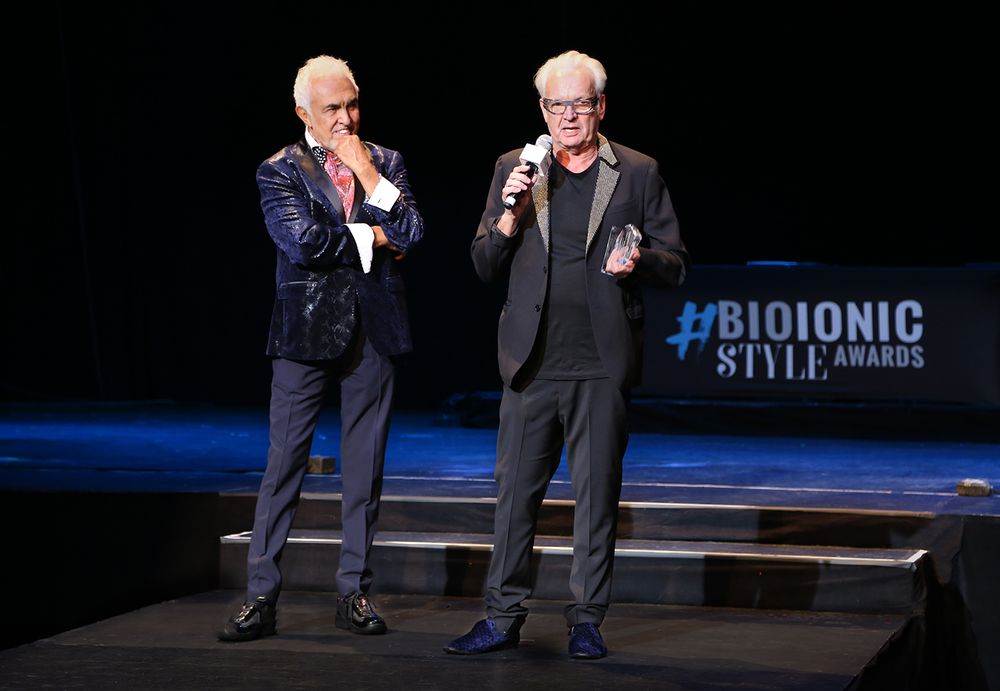 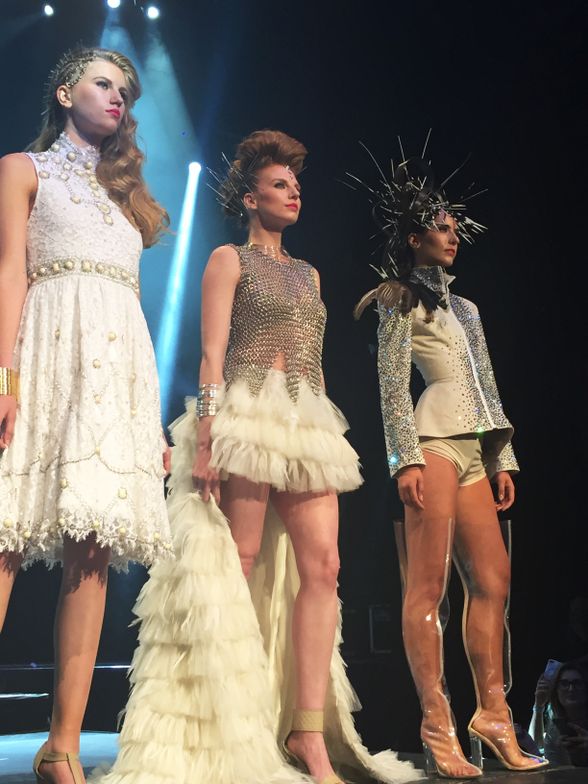 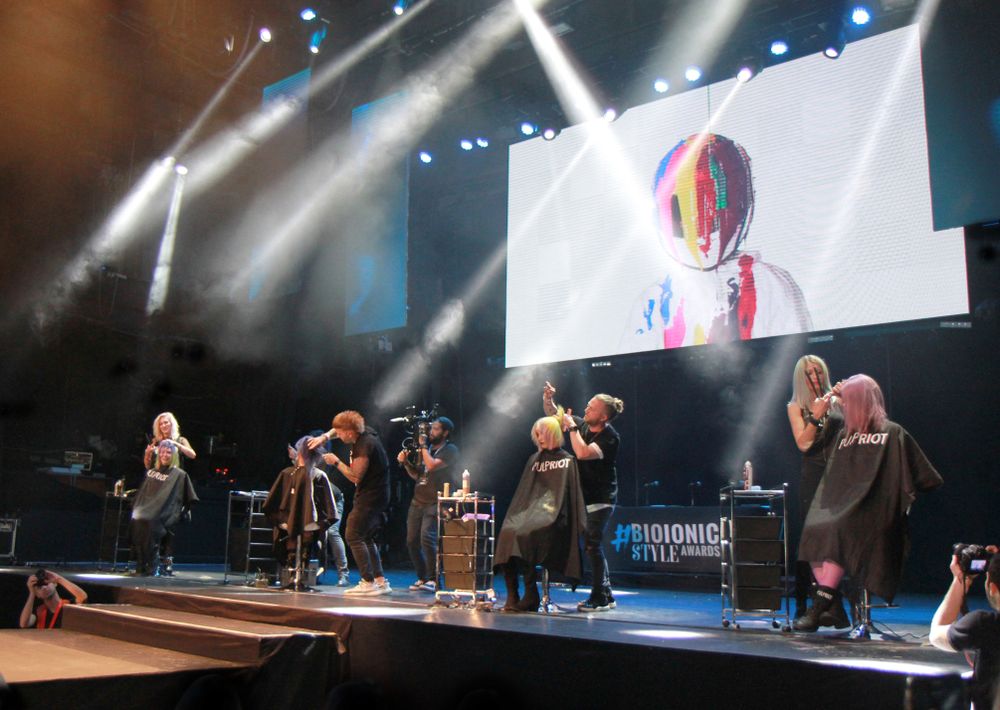 The four finalists at work onstage. 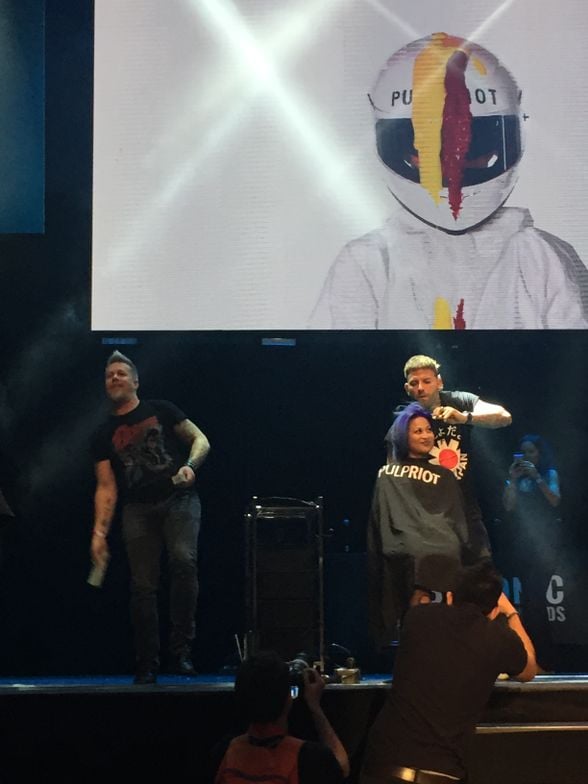 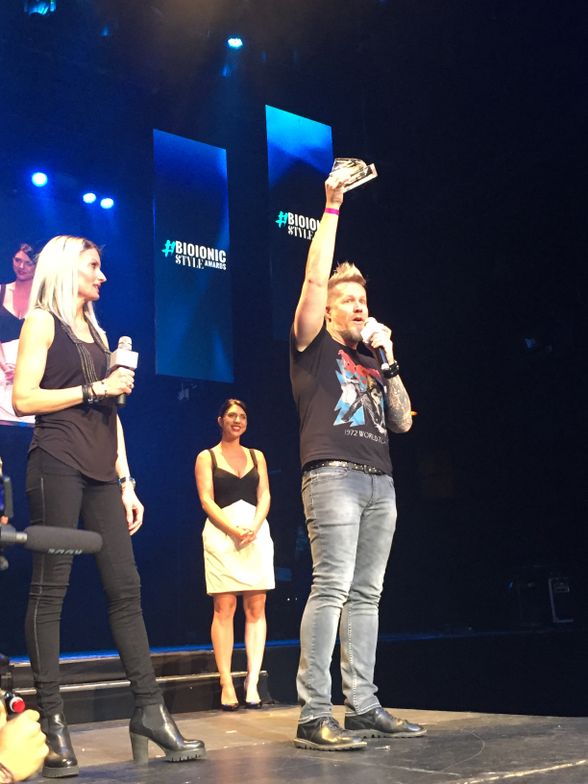 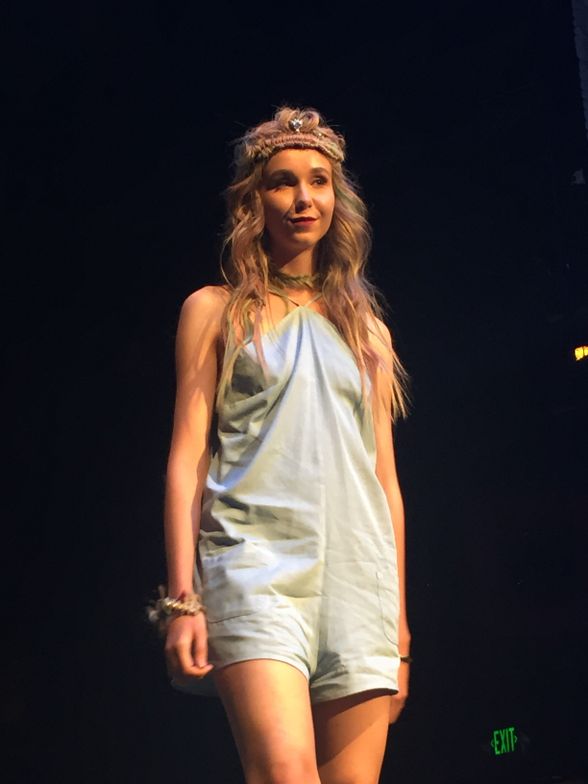 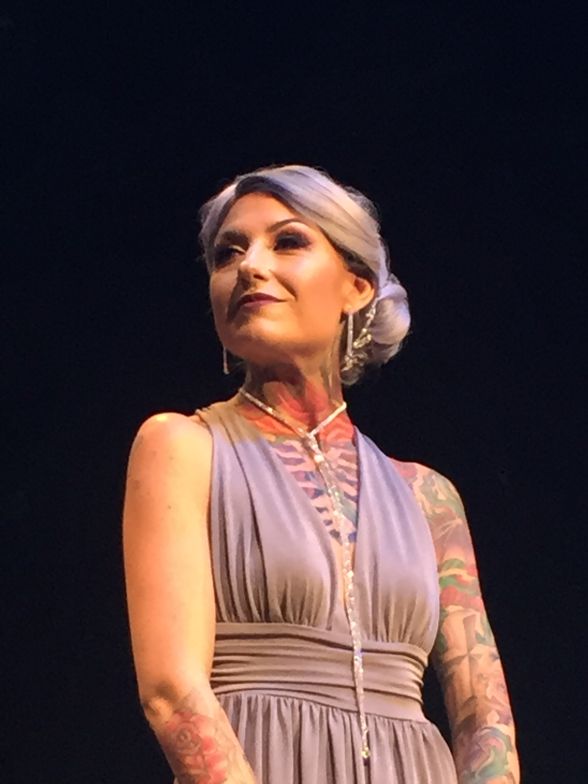 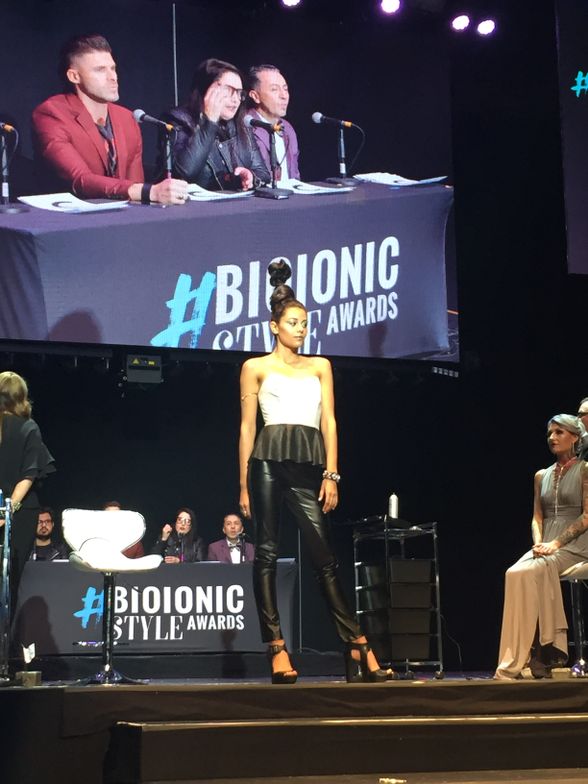 The judges review the work of finalist Yolanda "Loni" Hale. 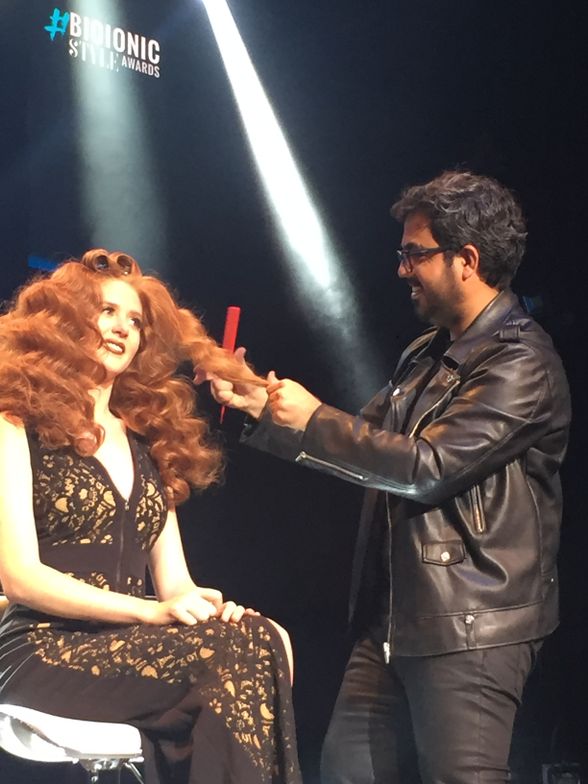 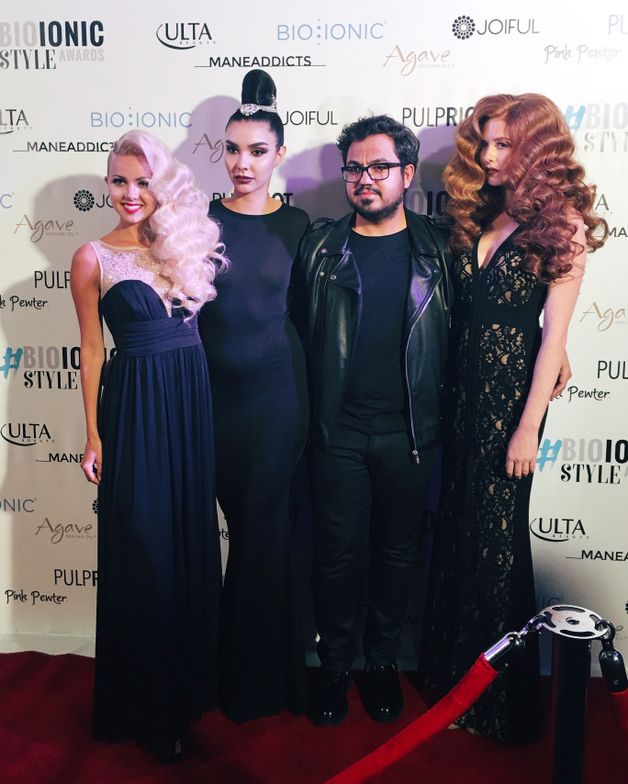 Mustafa Avci with his models. 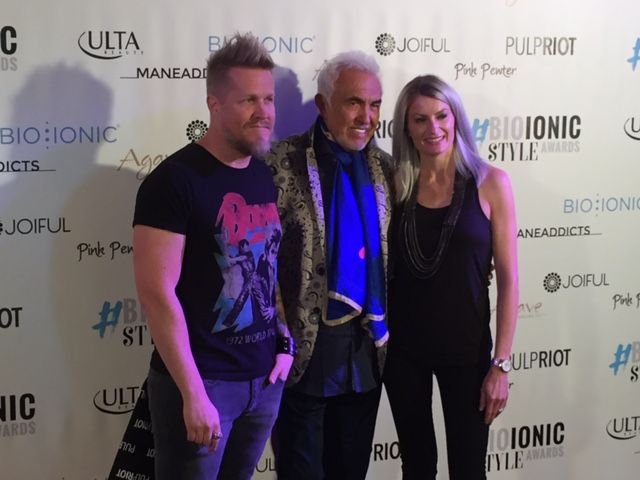 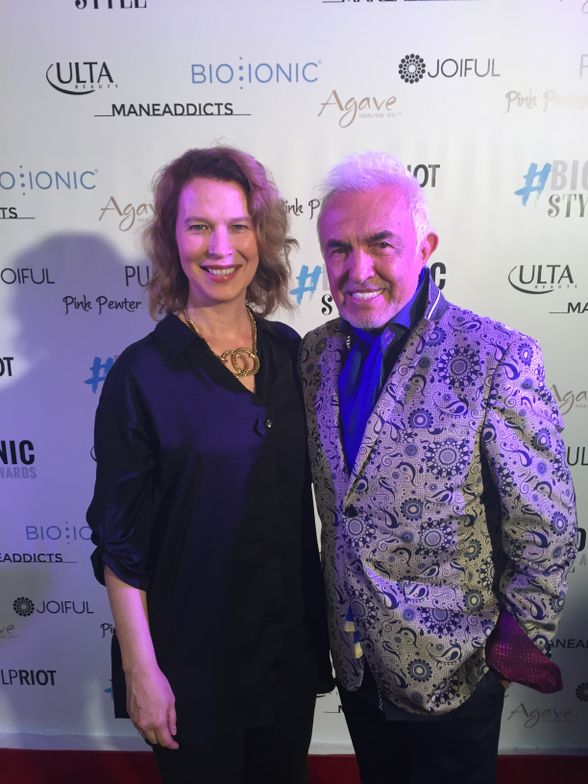 12/14
Slider
Mustafa Avci with his models.

The Bio Ionic Style Awards, a social-media and onstage styling challenge, took place at Club Avalon in Hollywood on April 23, 2017. Out of four talented finalists, the panel of industry judges (along with audience members weighing-in), chose Encino, CA-based stylist Jessica Warburton (@hairhunter) as the winner of the 2017 Bio Ionic Style Award.  Warburton was presented her award by Bio Ionic Founder Fernando Romero and last year's winner, Kelsey Deuel. Warburton and her work will be featured in an upcoming issue of MODERN SALON.

The evening celebrated the artistry of hairdressing and included stage presentations by styling artist Mustafa Avci and members of the color collective, Pulp Riot, as well as a Lifetime Achievement Award presented to world-renowned hair designer, Nicholas French.

"With a pair of shears in your hand and a comb, you can change someone's life,” French says. “Follow your passion. If it's in your heart, it will be in your hands."

Warburton's model was a punk Disney princess, with long, textured pieces and wardrobe that was inspired by Warburton's idol, filmmaker Tim Burton.

Salon of the Year was presented to Butterfly Loft in Encino and the award was accepted by owners of the Butterfly Loft Salon, David and Alexis Thurston.

“The Style Awards provides an opportunity for hairstylists to demonstrate their artistic talents to top industry tastemakers,” says Romero. “We were overwhelmed by the talent that was presented to us this year and look forward to an exciting and inspiring award show.”

Guests were invited to join the after party celebration for a night of dancing and fun.