To focus on the next generation of guests, Charles Penzone hosted its first in-salon prom event in 2012, by inviting girls ages 15-18 from all local school districts in for a complimentary evening of makeup and hair trend demonstrations, mini manicures, hand massages, ‘mocktails,’ and free gifts! Two prom-focused print ads and the development of promotional cards that were distributed to local schools helped boost prom updo and makeup appointments the first year. Given the success of the first year’s event, the salon decided to repeat a similar event in 2013, but decided to tighten up its event budget.

“As a more direct way to get into the schools, we developed the CP Prom Street Team, recruiting a group of girls via social media to spread the word through the schools and distribute small discounts to their friends,” says Penzone. “After the Street Team was selected, we hosted fun—but low cost—in-salon events to explain the program, the potential rewards and give the girls a free manicure to kick it off! Each week, we tracked the number of prom appointments scheduled and kept the team encouraged by giving them updates of their standings and how close they were to receiving their own free prom service.” 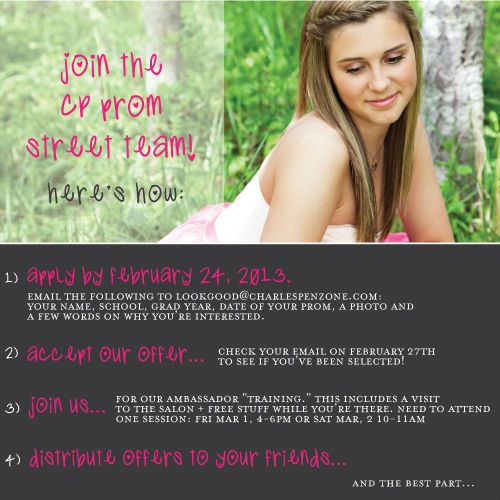 Beauty 360's Allyson King shows you how to make your summer service menu more client friendly, and she suggests a way to incentivize your clients to increase their frequency.