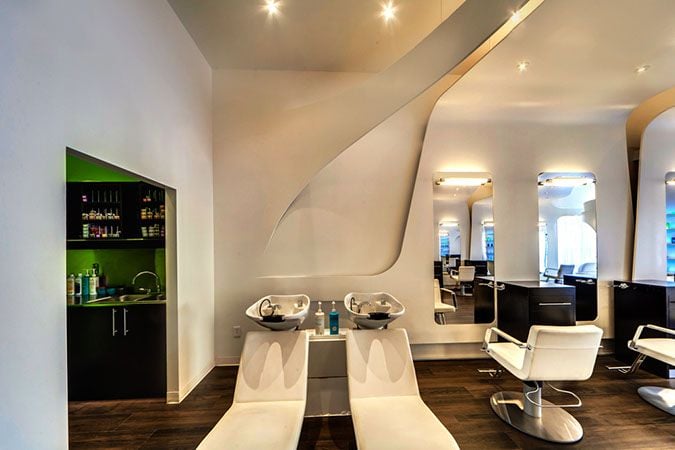 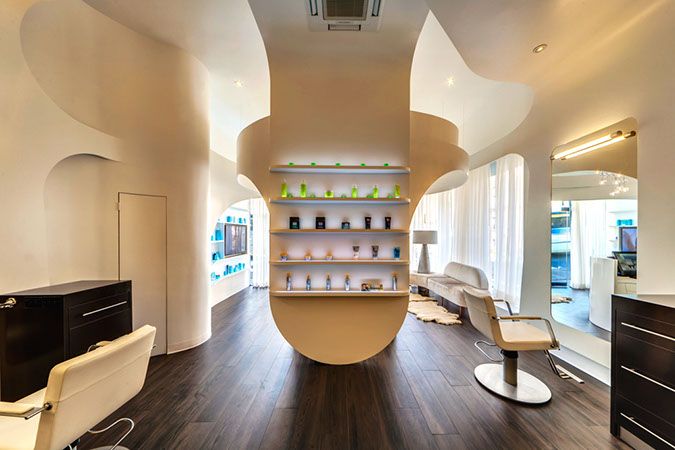 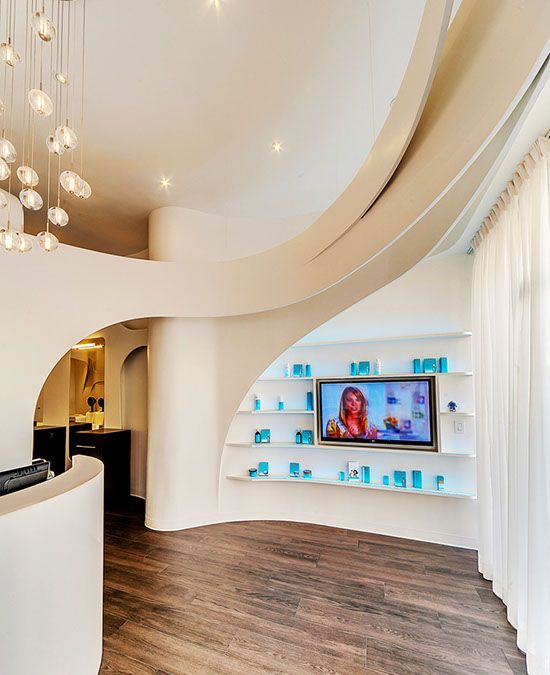 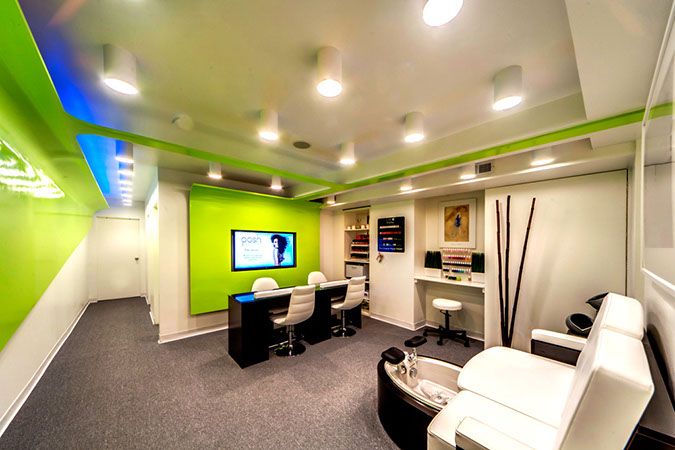 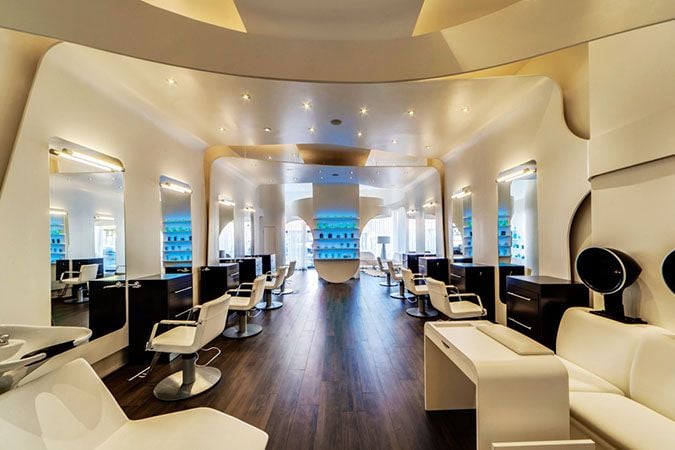 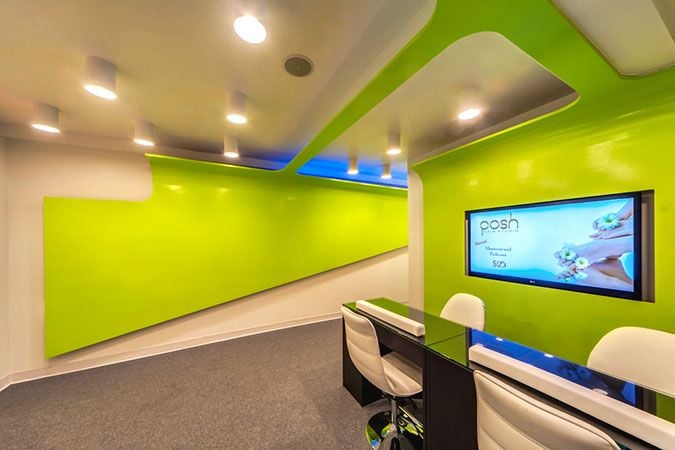 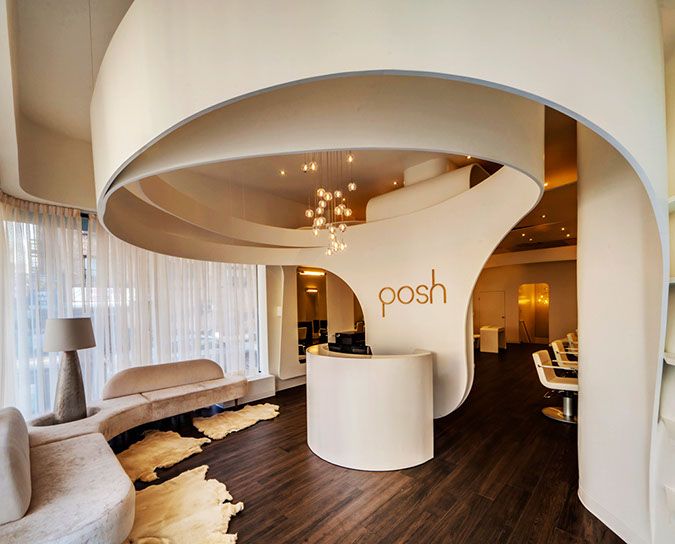 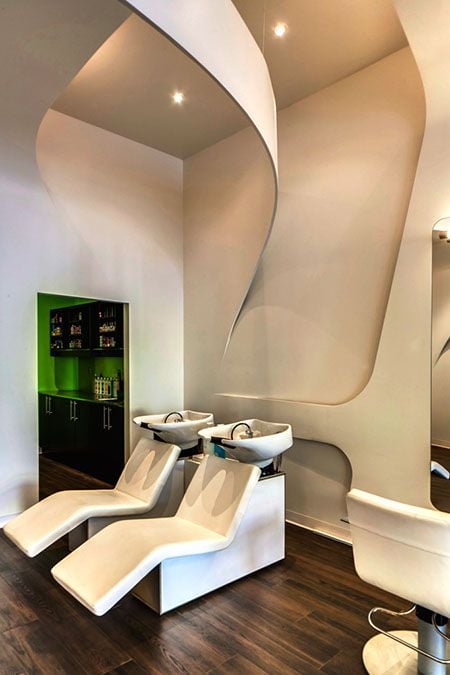 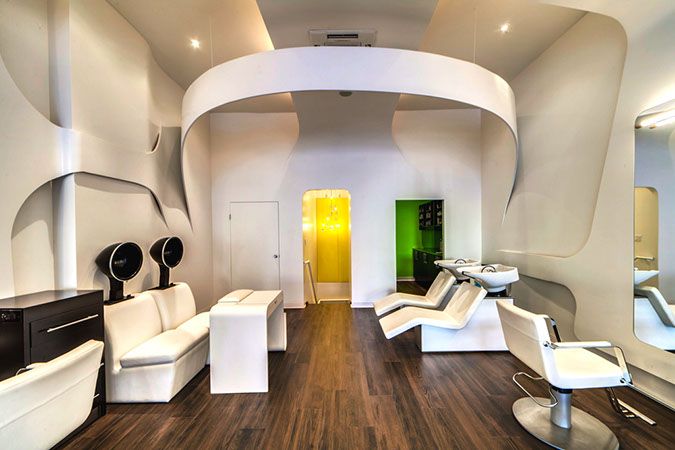 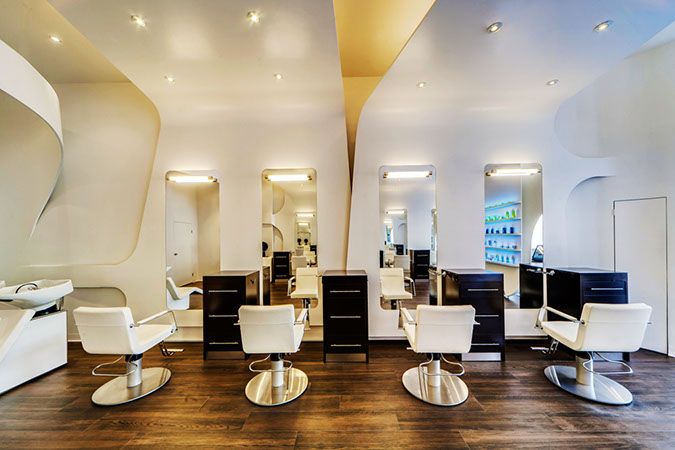 Eugen and Irina Patrascu patiently waited for two years for the perfect space to open up in the Kew Gardens neighborhood of Queens, New York. Irina, who had worked as a stylist for more than 24 years in the area, had built up a loyal clientele, and the couple observed as the neighborhood grew as a real estate destination for young professionals desiring more square footage than Manhattan properties offered.  The Patrascus believed they could create a salon space artistically interesting and original enough that it would turn the eye of those affluent professionals, encouraging them to experience local services.

Posh Hair Studio, which opened in January 2012, is the fruition of that belief.  To create it, the Patrascus hired architect Antonio Di Oronzo, whose work on local restaurants and night clubs they appreciated. “He knew that we wanted something that modern, sleek and open while it also was cozy,” says Eugen. “We had several design meetings in which he presented several good ideas, but ultimately we decided on this modern design of curves throughout the space that simulate the waves and curls of human hair—we loved that he connected the design to this industry.”

The architect commissioned Royal Palace Interiors, a millwork fabricator, to carve the unique wooden curves, which were produced in pieces using 3D Auto Cad software, then assembled on location. “At first, the process really tested our resolve,” says Eugen. “For example, there’s a coat closet hidden in one of the curved walls, and we had the door fabricated to mimic the curvature. It had to be done three times because the glue on the millwork kept altering the curvature. While beautiful, the curves increase the design’s difficulty exponentially.”

The Patrascus settled on predominantly soft white walls to bring openness and light into the relatively small square footage of the space—the main salon floor with reception, cutting floor, retail area and the color and shampoo areas occupies 900 square feet, while another 600 square feet downstairs houses a nail area and space for a future treatment room.  To infuse warmth into the design, the couple selected special Italian tiles that mimic wooden planks. At $10 a square foot, the tiles were more expensive than hard-wood floors, but they offer durability and are easy to clean.

Another unique aspect of the salon design is the lighting in the retail area. After researching the flexibility and affordability of LED lighting, the Eugen Patrascu asked the architect to channel grooves into the shelves for LED light strips. “We really wanted to spotlight each product we carry, and what’s unique about this lighting is it can be adjusted to create any color,” says Patrascu. “This is helpful in designing  a specific mood for a special promotion or creating seasonal décor such as red lighting for Valentine’s or green for St. Patrick’s.”

The Patrascus knew their design scored when they interviewed a candidate who would become the salon’s reception. “She was so ecstatic and so impressed by the space, and we hadn’t even finished it yet. It was a precursor of how clients later reacted—the space really has the Wow factor,” Eugen says.

“But most gratifying have been some of the neighbors who’ve just dropped in the salon to congratulate us and thank us for livening up the block.”

“The salon design incorporates the most multi-dimensional and interesting wall designs and ceiling soffits, which create a modern, geometric and cozy feel. I’ve never seen so much attention given to wall and ceiling design and the lighting that highlights these elements. The floor is the perfect contrast as is the green, blue and black pops of color throughout the salon. Ultra modern, yet sleek and comfortable.”—Ortmann

“Everything about the sleek and modern design is outstanding! The architectural details and the idea of the waves and curls of human hair is just amazing.”—McGwire

“Interesting architectural features feels like you’re living in space.”—Jercha
“The idea of using curves to soften the space as well as giving it a feel of overall space is well executed.”—Labos

“The suspended ceiling paneling and sculptural elements of this salon are fascinating. Even without knowing of the original design concept of emulating curly hair strands a client would appreciate the attention to detail and the execution of these elements. They provide a softness and smoothness to the space; a unique environment that surely leaves an impression.”--Soukhopalova

The 2022 Barbershop of the Year

An eclectic collection of art, a mural celebrating a historic moment and a vivid blue epoxy floor create an artistic barbershop that welcomes everyone.

At Saint Germain DC, the elegant shampoo area with reclining and massaging chairs is positioned in the middle to highlight this favorite client experience. Take a tour of this 2022 Salon of Distinction.

An open, elegant design concept with intimates spaces, Phoenix encourages clients to relax in Montgomery, Alabama. Take a tour of this 2022 Salon of Distinction.