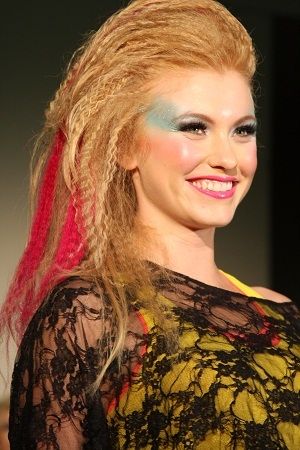 A representation of the 1980s. 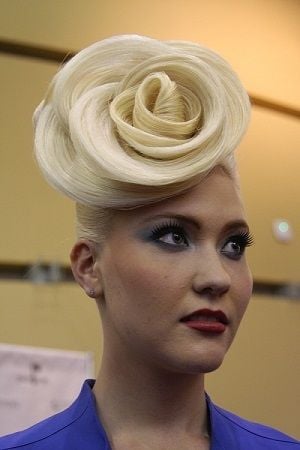 Celebrity stylist Ann Bray created this look of the future, inspired by the rose, in memory of Leo Passage. 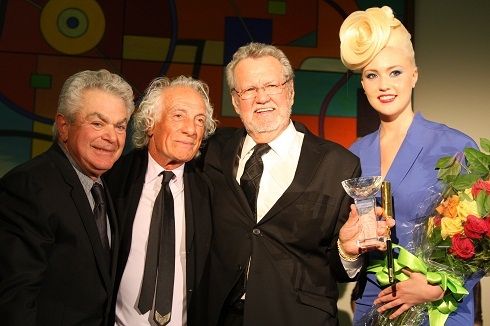 CC President Frank Gironda, Mario Tricoci, Jamison Shaw, and the model of the future at the CC100 Beauty BASH. 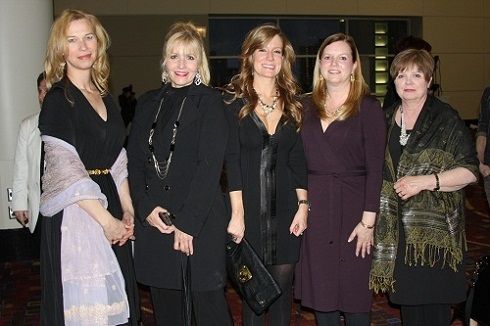 4/6
Slider
Celebrity stylist Ann Bray created this look of the future, inspired by the rose, in memory of Leo Passage.

5/6
Slider
CC President Frank Gironda, Mario Tricoci, Jamison Shaw, and the model of the future at the CC100 Beauty BASH.

On my very first day with Vance Publishing, the publisher of SALON TODAY and MODERN SALON, I spent a hurried Monday morning in the HR department signing all the necessary new-hire documents before being whisked away by Michele Musgrove, our associate publisher, and taken to downtown Chicago. There, in an office building along Michigan Avenue, I briefly met with the board of Cosmetologists Chicago, before Michele and I got down to business with the association’s CEO Paul Dykstra and Pat O’Keefe, an account manager, to sketch out a new business educational event we named ThinkFast.

As we carried out the plans for the event over the next year, it felt like I spent as much time on the phone planning with Pat as I did getting to know my own editorial colleagues at MODERN SALON Media. In a nostalgic way, I feel like my personal beauty industry history is intertwined with Cosmetologists Chicago. So it was very heartwarming to celebrate the association’s 100th birthday at the BeautyBASH at America’s Beauty Show.

When a small group of salon owners came together in 1912 to form the Chicago Hairdressers & Wigmakers Association, the goal was to support and help each other build a better beauty profession and business. That goal remains as the driving force for the 7,000-member strong Cosmetologists Chicago.

The BeautyBASH, which celebrated the 100th anniversary of Cosmetologists and the 50th anniversary of Pivot Point International, showcased a retrospective of fashions, hair, food and beverages that were in vogue for the past 10 decades with a model parade from local salons and a surprise look into the future from beauty school students. All proceeds benefited the Cosmetologist Chicago Presidents Scholarship Fund that annually awards cash scholarships to members for advanced education.

After the models, the association’s current president Frank Gironda and longtime member Mario Tricoci introduced Jamison Shaw, the first American to win hairdressing’s World Championships. Then to memorialize the contributions made by Pivot Point founder Leo Passage, the “Leo Passage Gold Trophy” was presented to the stylist who was this year’s top cumulative point-winner in the association’s Stars Photo Competition.