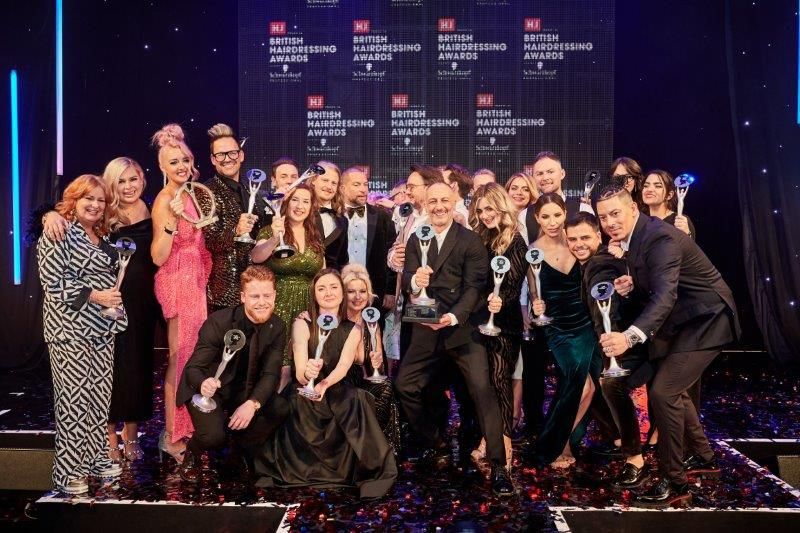 All of the winners of the 2022 British Hairdressing Awards gather on stage. 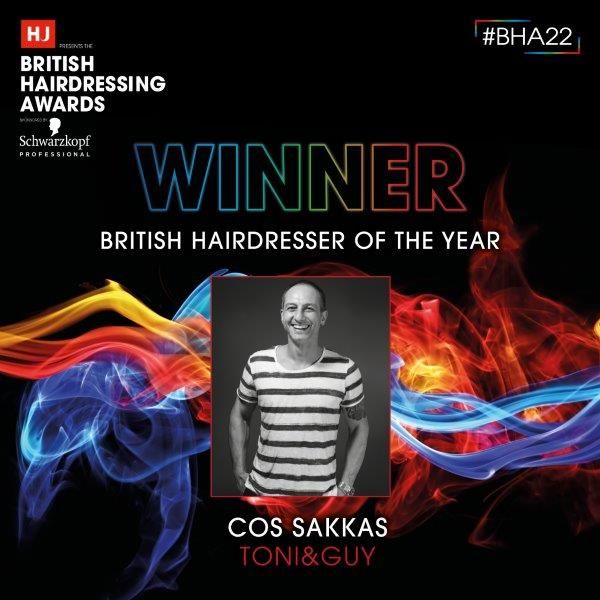 Cos Sakkas captures the crown of the British Hairdresser of the Year. 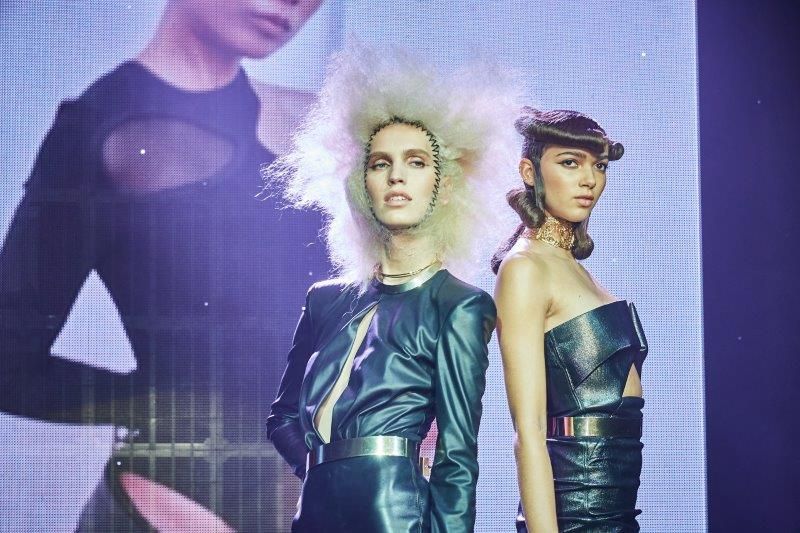 Models from Cos Sakkas' runway show. 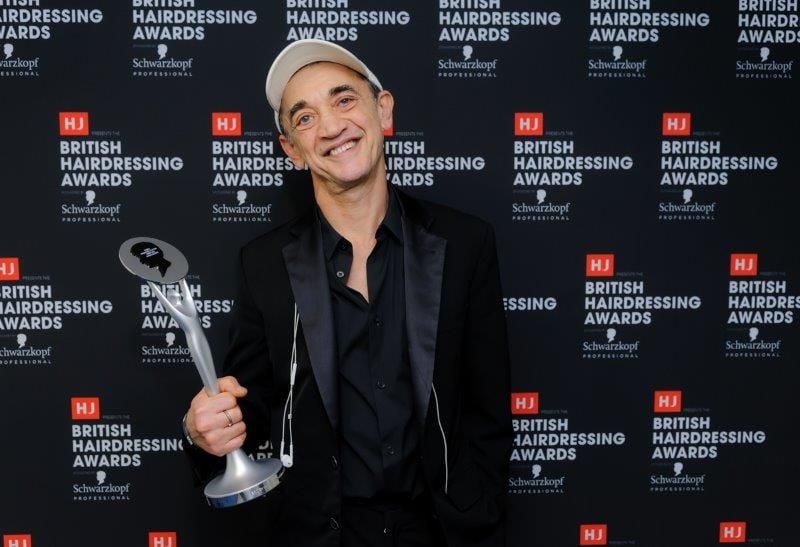 Eugene Souleiman with his award for Session Stylist of the Year. 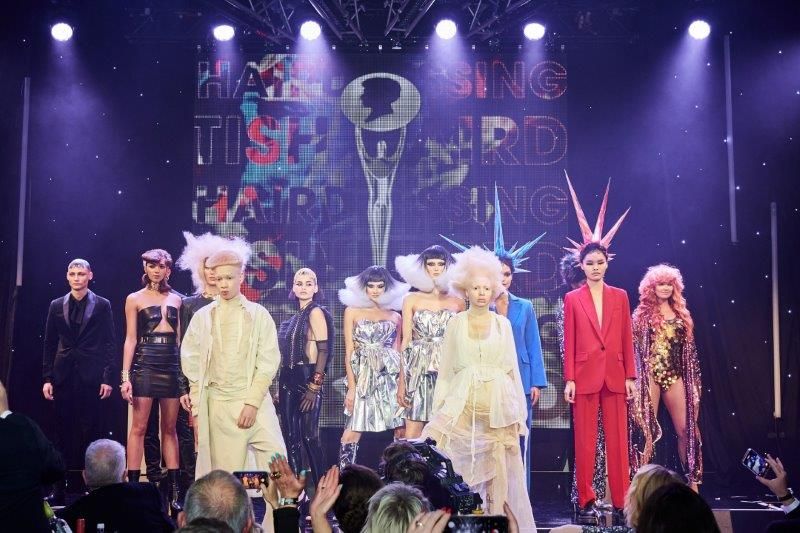 The finale of the runway show by Schwarzkopf Professional.

All of the winners of the 2022 British Hairdressing Awards gather on stage.

Cos Sakkas captures the crown of the British Hairdresser of the Year.

Models from Cos Sakkas' runway show.

Eugene Souleiman with his award for Session Stylist of the Year.

The finale of the runway show by Schwarzkopf Professional.

On Monday, November 28th, the brightest and most brilliant stars in British hairdressing were celebrated at the British Hairdressing Awards, sponsored by Schwarzkopf Professional.

Judged anonymously by more than 100 leading hairdressers (including celebrity stylists, session stylists, salon owners, previous winners and Hall of Fame members), Hairdressers Journal’s British Hairdressing Awards are a celebration of hairdressing excellence. The awards recognise the outstanding achievements of stylists from England, Wales, and Scotland, as well as standout talent in specialist categories including Afro, Men’s, Avant Garde and Colour Technician. The biggest award of the event – British Hairdresser of the Year – is by nomination only and considered as the greatest accolade in the hairdressing industry.

The stellar title on the night, HJ’s British Hairdresser of the Year 2022, was bestowed on Global Creative Director and Head of Education for world-renowned TONI&GUY salon empire, Cos Sakkas which saw him put together a winning photoshoot representing his aesthetic, skillset and visionary look.

Born and raised in London to Greek-Cypriot parents, Cos trained in TONI&GUY’s acclaimed Oxford Street Academy and has spent the last 26 years progressing through the ranks to achieve his current role overseeing the creative direction and education offering of the hairdressing superbrand. He’s also a regular face backstage at London Fashion Week and an acclaimed editorial stylist.

Accepting his award on the night, Cos commented, “It’s amazing to win this award and I want to thank Hairdressers Journal, you’ve always been there for me. Schwarzkopf Professional, you were there to present me with Newcomer of the Year back in 1999 and here we are again today! I’ve been with TONI&GUY for 30 years and people always search for the grass that is greener, my grass has always been super green! I started with Toni and Anthony Mascolo, my mentor and the reason I am here today is Sacha Mascolo-Tarbuck, she is my everything. I’d like to end with a special thanks to my TONI&GUY team and family and a special dedication to a beautiful friend, the late Franca Grossi.”

Jayne Lewis-Orr, Executive Director of HJ’s British Hairdressing Awards said: “We couldn’t be more thrilled for Cos, who is an extremely deserving winner. He is not only a brilliant hairdresser but is also completely committed to education and mentoring, even outside his own salon group. His passion for passing on knowledge and promoting best-in-class learning amongst the next generation of hairdressers is precisely what the industry needs.”

East London born Eugene Souleiman took home the coveted gong of Session Stylist of the Year 2022.  Session styling has become one of the most desirable and renowned careers in hairdressing with many now household names with books, exhibitions and best-selling products – not to mention millions of followers on social media.

Having worked with fashion’s finest photographers on campaigns for Calvin Klein, Balenciaga and Givenchy and also the likes of Lady Gaga over a career spanning three decades, Eugene said on accepting his award “It’s amazing to win this title again. Session hairdressing can sometimes be quite lonely. We don’t really have a team of hairdressers surrounding us in the usual sense, so to have the industry look at your work and appreciate it is a massive deal.”

Schwarzkopf Professional has been the sole sponsor of the event since its launch in 1985. Julian Crane said: ‘Schwarzkopf Professional is honoured to have once again sponsored this event which is so respected and renowned – not just in Great Britain, but all over the world. We are privileged to join in celebrating such talented stylists who continue to raise the bar with work that inspires, astounds and moves us and we thank them for making this industry such an exciting place to be.’

Here are all of the winners of the 2022 British Hairdressing Awards:

A huge congratulations to the following Hall of Fame entrants at the British Hairdressing Awards 2022: