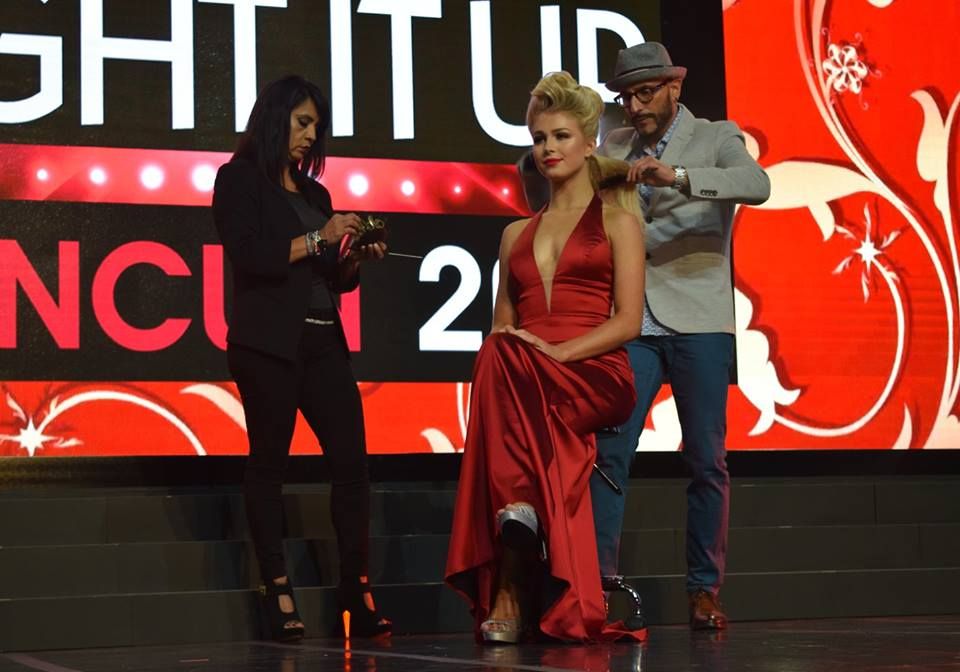 Rocky Vitelli styles hair during the Royal Treatment segment of the gala. 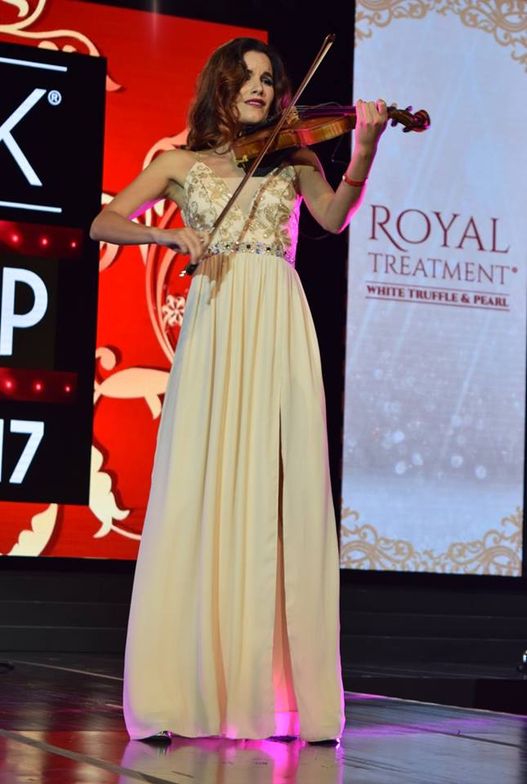 A singer and violinist performs on stage during the general session. 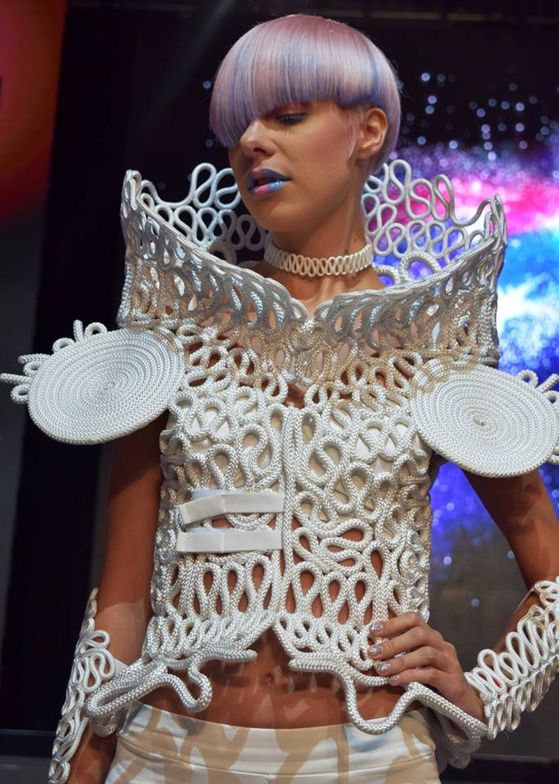 A model during the World of Color presentation. 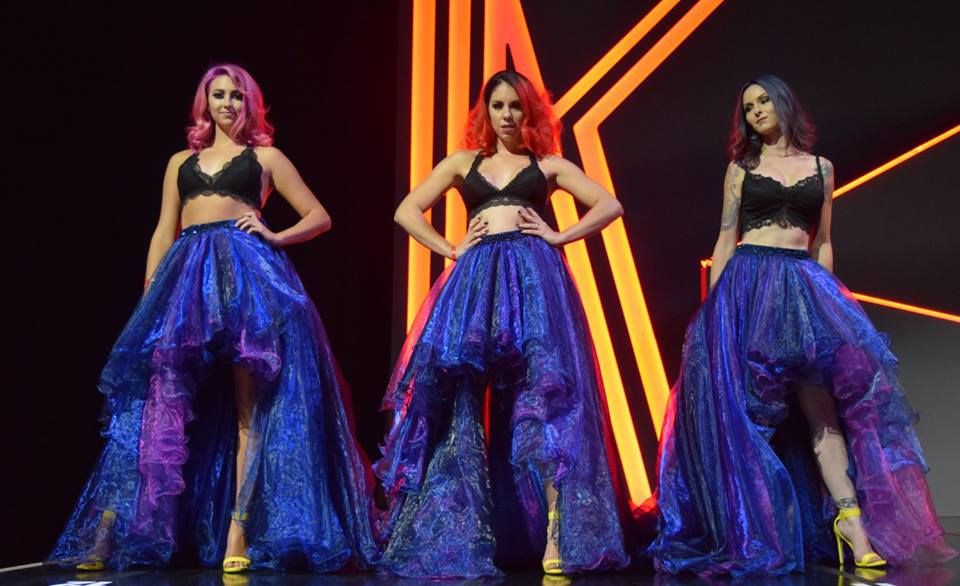 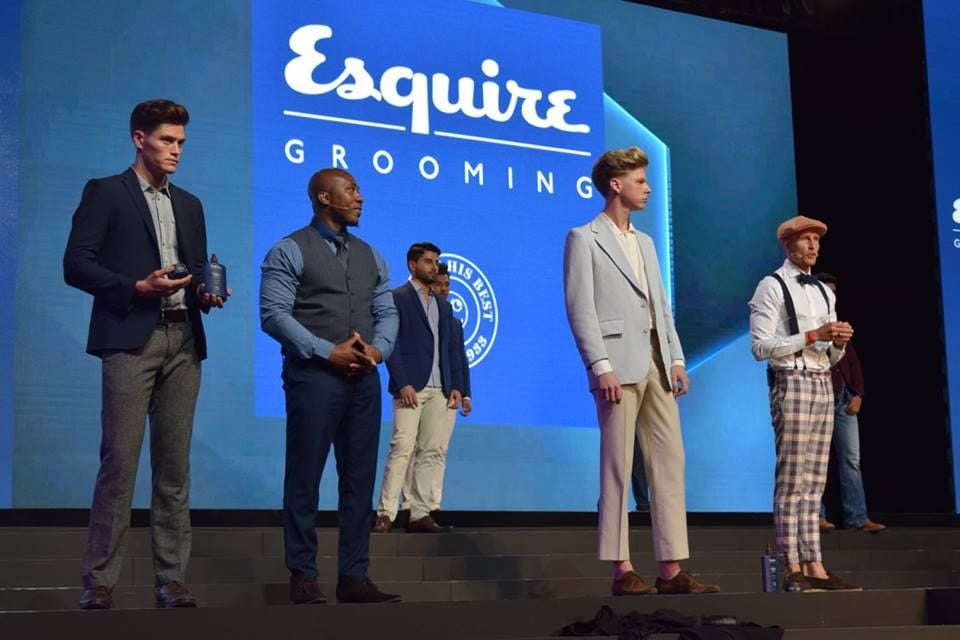 Esquire Grooming models on stage during the general session. 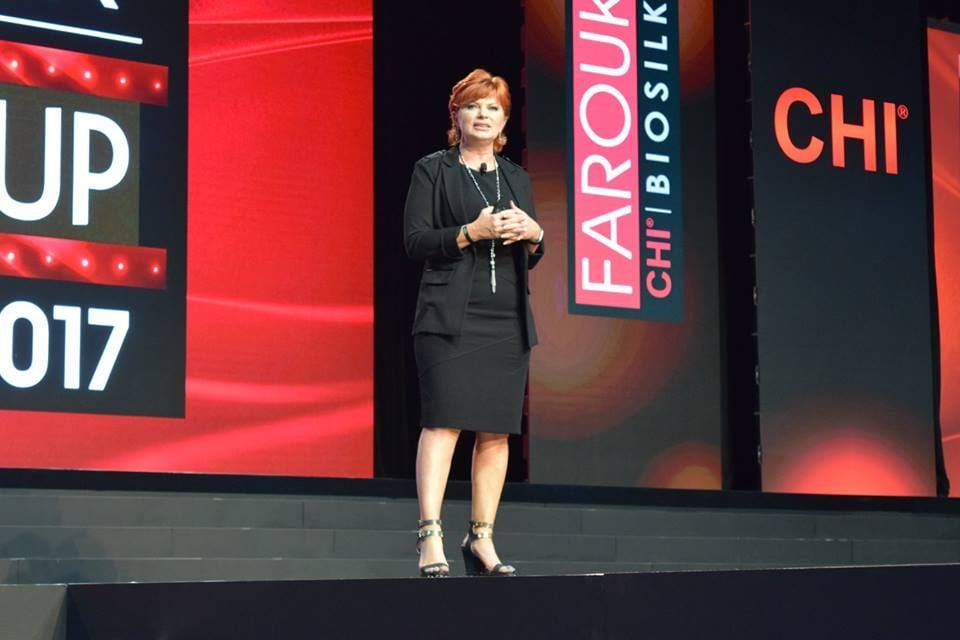 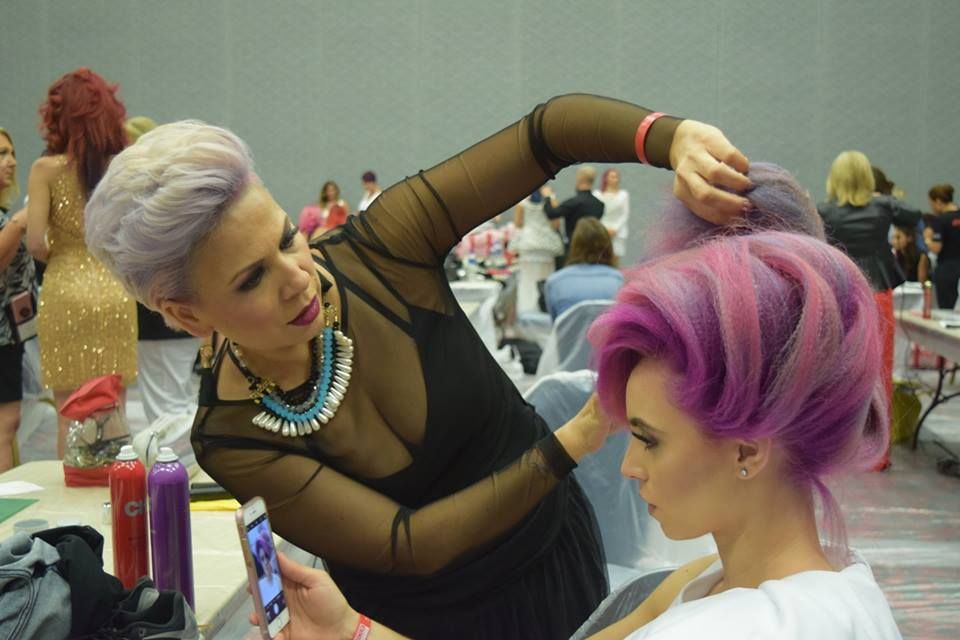 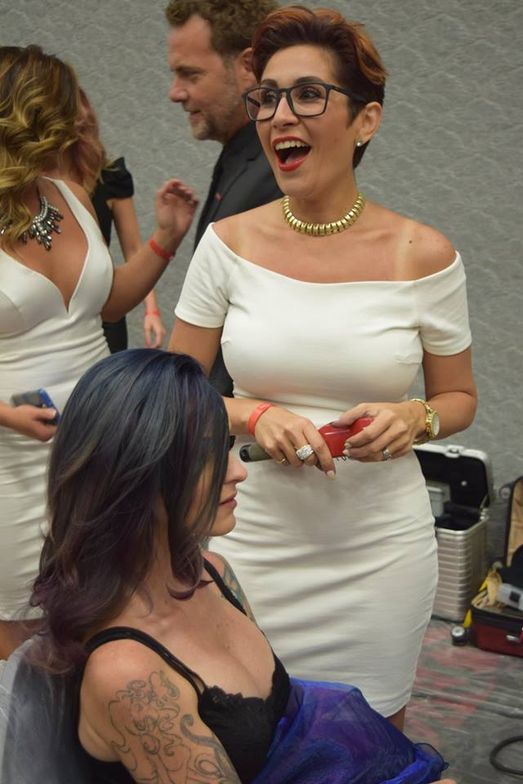 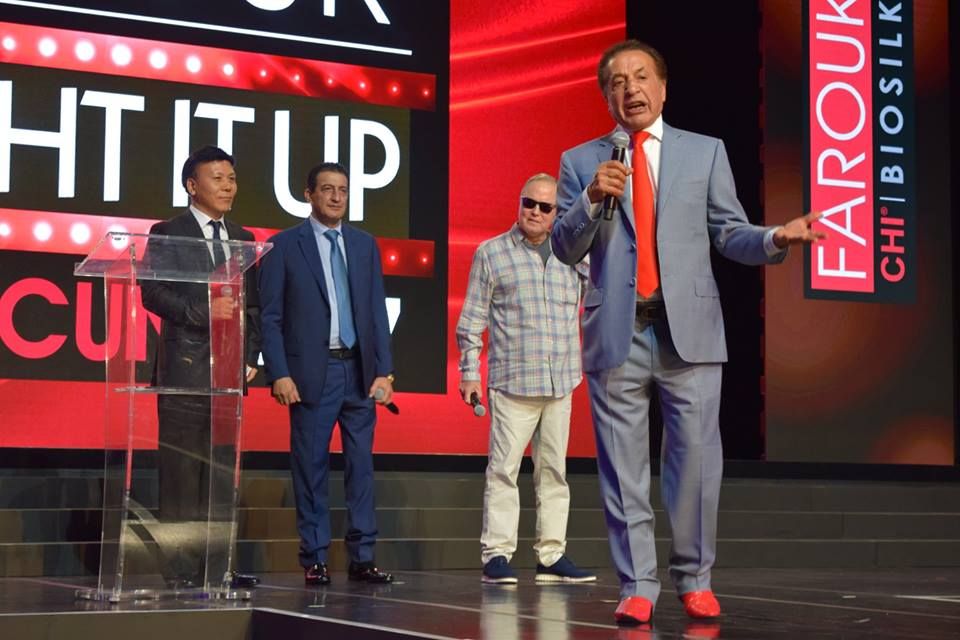 1/9
Slider
Rocky Vitelli styles hair during the Royal Treatment segment of the gala.

2/9
Slider
A singer and violinist performs on stage during the general session.

3/9
Slider
A model during the World of Color presentation.

5/9
Slider
Esquire Grooming models on stage during the general session.

The Details: Nearly 3,000 distributors, salon professionals, members of the press and sales people gathered at the Moon Palace Resort in Cancun for four days of company updates, product launches, education, and major spectacles--as team Farouk does.

The theme for this year’s conference was Light it Up, and Friday night’s welcome party certainly lived up to that hype. The poolside party featured music artist Nelly as its headliner, as guests danced to his latest and greatest hits in light-up glasses and decked out in neon bracelets.

Guests woke up early for Saturday’s main event, the general session. President of International Sales Scott Emery welcomed attendees. Models then took to the stage for the World of Color runway show. The awe-inspiring presentation showcased avant garde looks created by CHI Global Artistic Team members from all over the world.

Launches: “Farouk Systems is known for innovation,” said founder Farouk Shami. “We can proudly say we’re the only company with 13 patents, which puts responsibility on us as a leader in this profession that we love and are passionate about…We started this company because of the need of better, safer product.”

Innovations were certainly a highlight of the weekend. The general session dove into major launches and relaunches for the remainder of 2017 and beyond for all the brands under the Farouk umbrella, which include CHI, BioSilk and Esquire Grooming. Led by Lisa Marie Garcia, president of innovation at CHI, highlights included Farouk Royal Treatment by CHI; CHI Luxury Black Seed Oil; BioSilk Silk Therapy with Organic Coconut Oil; and the Phase 2 tools set for Esquire Grooming, which includes shears and clippers.

One of the biggest upcoming launches for CHI is the CHI Lava, a volcanic lava ceramic hairstyling iron. Volcanic lava is one of the most effective heat conducting materials on Earth, and combined with ceramic, the CHI Lava iron creates smooth, sleek results. Minerals in the lava help strengthen hair, ions infuse hair with hydration and shine, and the material is extremely durable. Better heat transfer means hair can be styled at a lower temperature, resulting in reduced heat damage.

Awards: To close out the conference, the brand hosted an awards gala to celebrate members of the CHI and Biosilk teams. Stay tuned for the full list of winners!

Looking to the Future: Last year, Farouk Systems Inc. announced its partnership with South Korea’s LG Household and Health Care, Ltd, resulting in the formation of a co-owned South Korean corporation named LG Farouk Co. The lines will include existing products under both companies’ umbrellas, with an expansion plan to include anti-aging and hydrating skin care as well as technologically advanced devices.

Join us in Atlanta September 22-24 for a full fashion and function immersion into of one of the biggest and fastest-growing categories in the industry.

In our video section, watch salon professionals in action, listen to the advice of salon business experts, and tour inside the world’s top salons.

The only event of its kind, Data-Driven Salon Summit hones in on success metrics, innovative business practices and technology tools to help salons grow.

He was selected as this year’s recipient by the Cosmetologist’s Chicago Board of Directors by a unanimous vote.

“Festival” was the theme of the evening at the 7th Beauty Changes Lives (BCL) Experience.

Kim Kardashian West made a surprise appearance to announce the nominees for The Lori McCoy-Bell Hairstyling Award, revealing her longtime hairstylist, Chris Appleton as the winner of the evening.