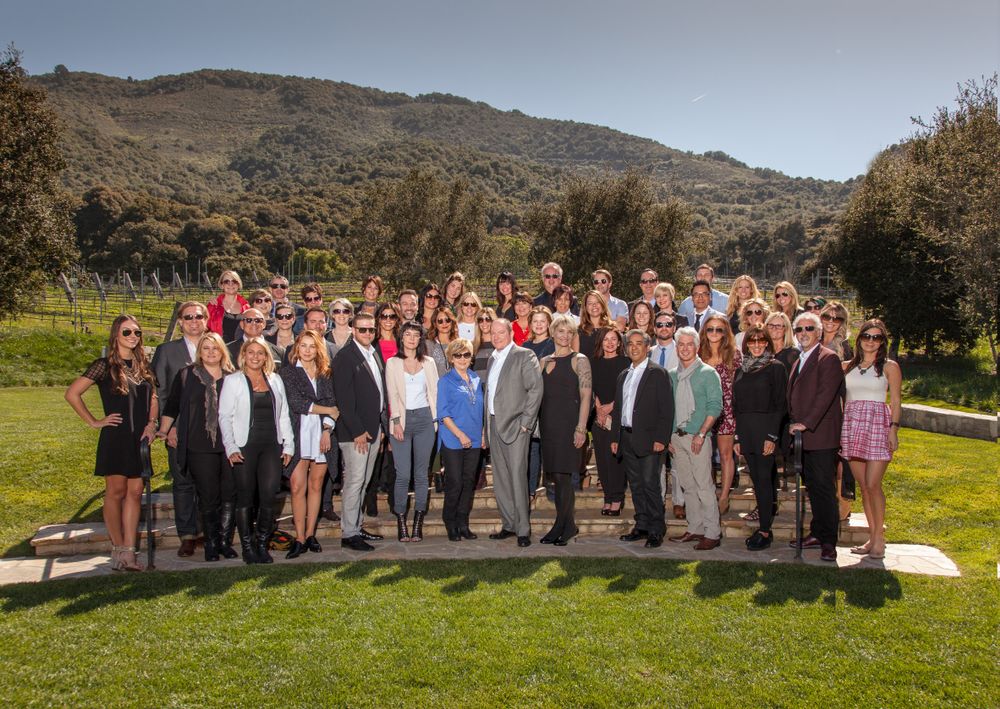 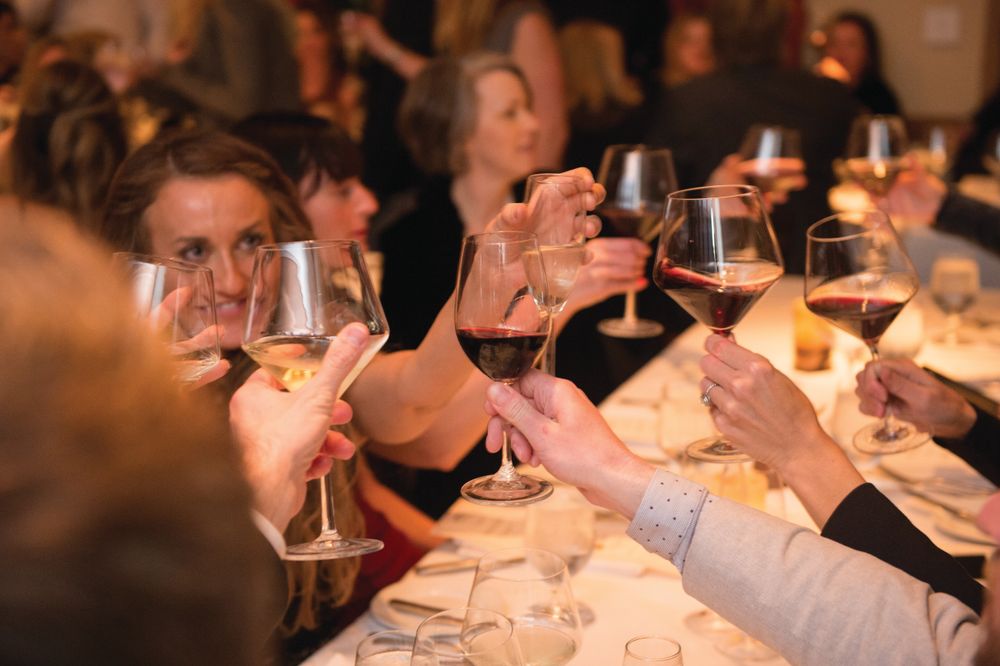 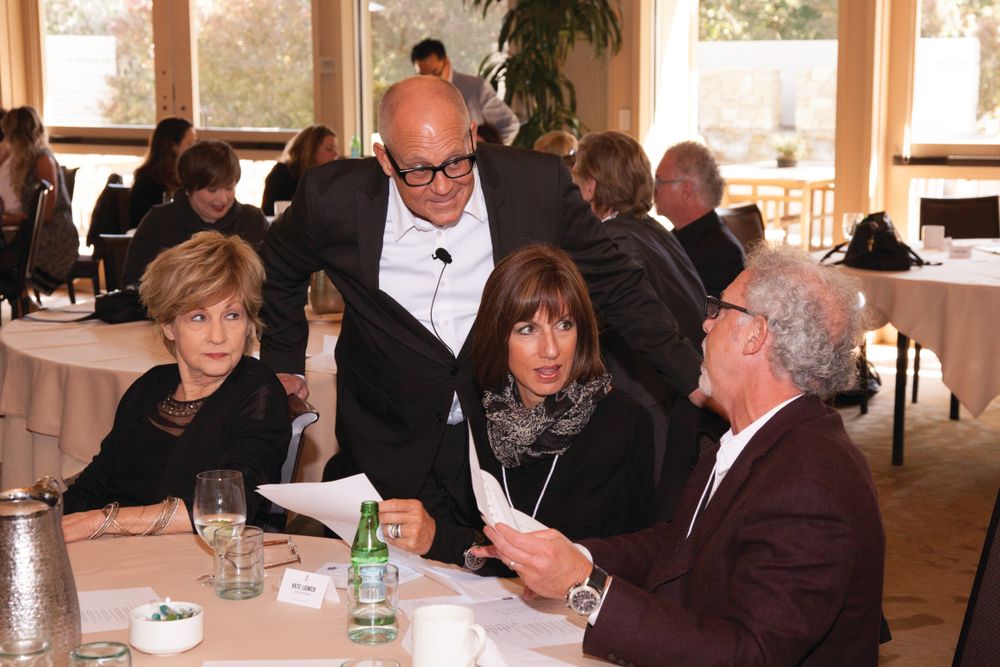 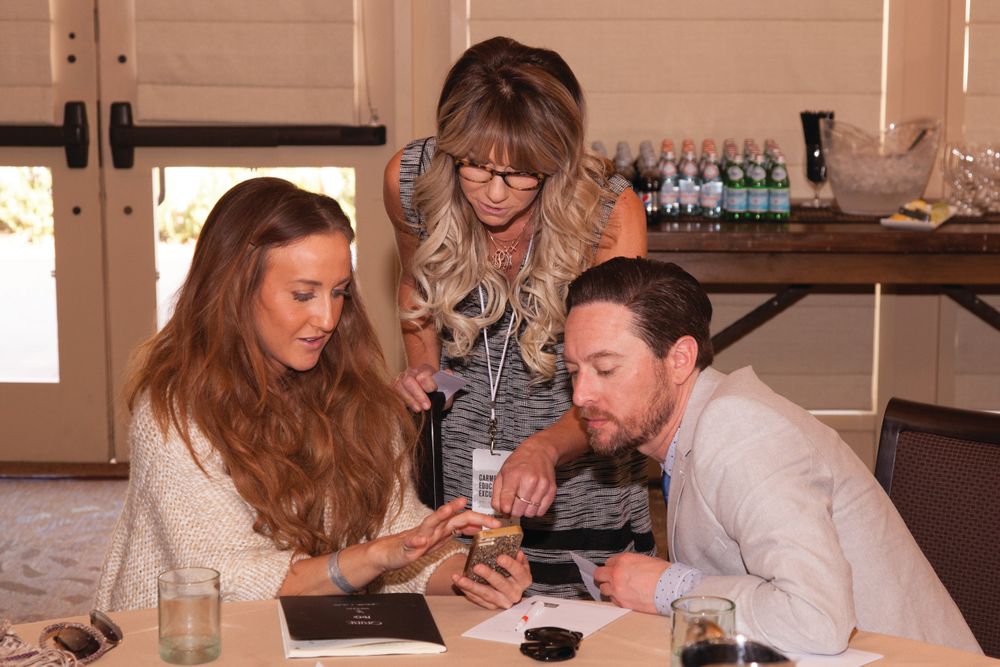 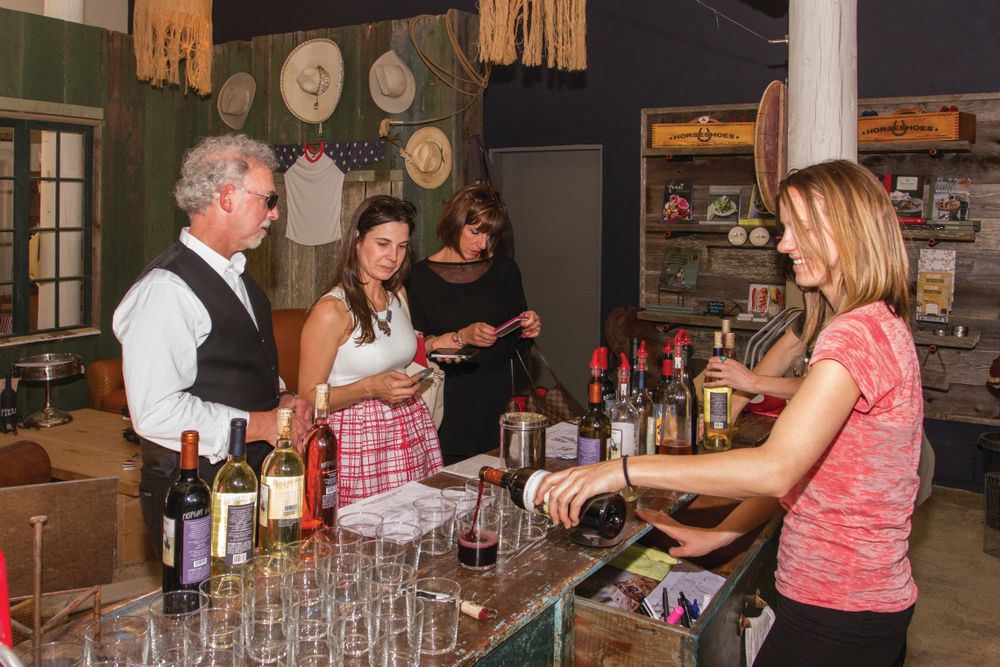 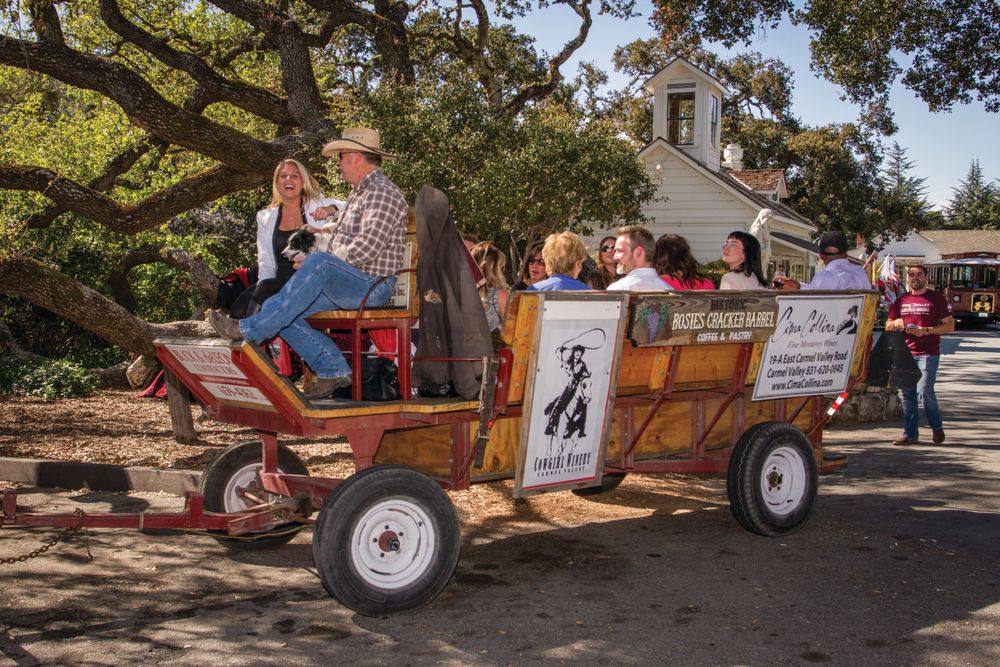 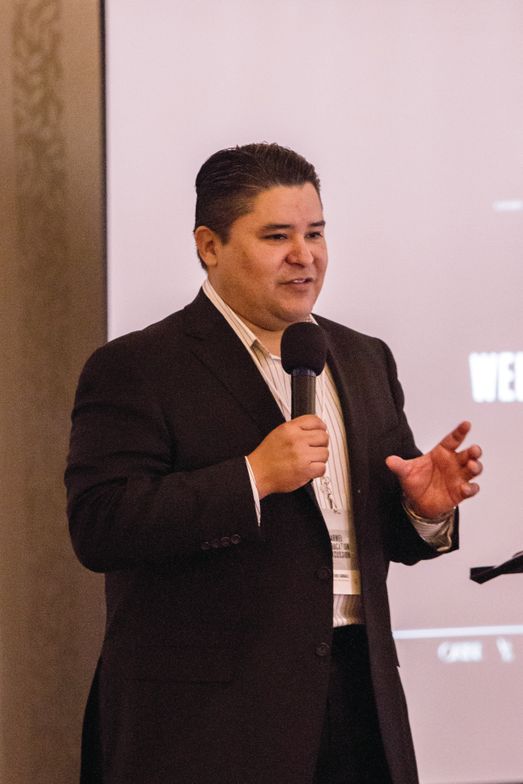 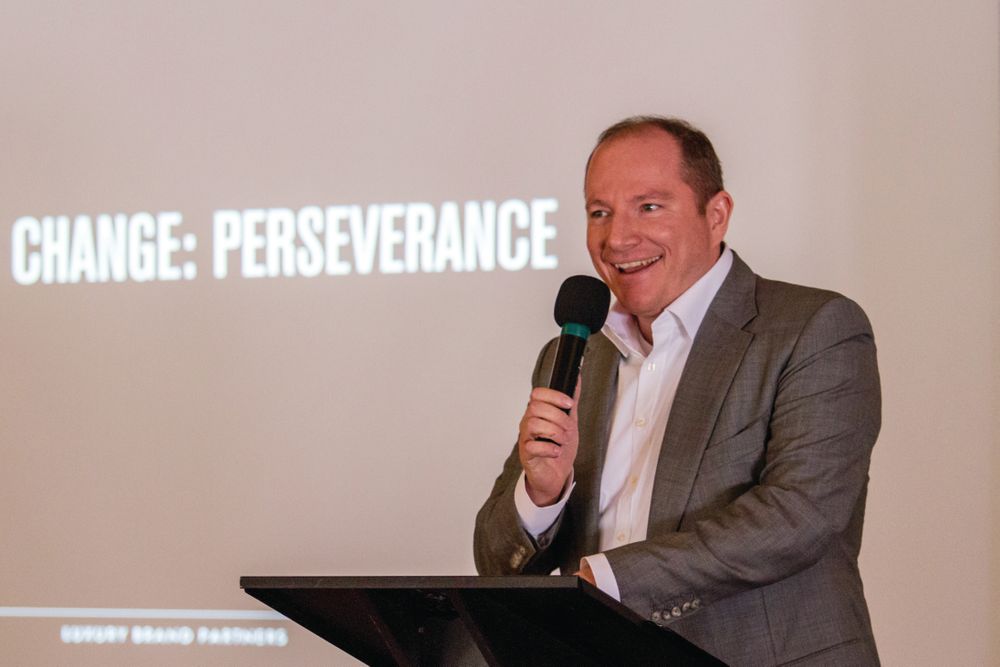 When salon owners share their own best business practices on any management topic, both businesses benefit from the conversation. When a group of owners exchange ideas simultaneously, the power of networking is ignited.

In fact, it was the intended outcome of a new breed of business edu-tainment that combines mornings of strategic business lectures and frank, open dialogue with afternoons of fun-filled activity centered on a shared interest in a beautiful setting. The first of its kind, the Carmel excursion seamlessly blended sessions on leadership, innovation and industry trends with afternoons of California wine tours and tastings as well as relaxing evening dinner parties.

“When you engage with salons who are doing business at the highest levels, you quickly understand that these owners really want time to interact with one another in a meaningful way—an hour-long cocktail party at the end of a busy day of education just doesn’t cut it,” says Tev Finger, CEO of Luxury Brand Partners. “So about six months ago, we conceived of this plan to combine a half day of really cool business content with a half day of an activity which facilitates conversation. The format offers a third benefit by allowing our management team to interact face-to-face with our top customers.”

Finger believes that keeping the size of the group small—there were about 60 people representing 23 salons at the Carmel event—creates an intimate environment that also facilitates the sharing of ideas.

“The group was small enough and spent enough social time together—it was pretty easy for the others to all get to know one another over the course of two days,” Finger says.

Instead of hosting one of these events annually, LBP is planning a number of the intimate gatherings for 2015, with more wine-tasting excursions followed by a possible yoga retreat in Costa Rica or a ski-focused adventure next winter.

“As we all know, a nice glass of wine can relax a person, allowing us to loosen up a bit and speak more freely,” says Gina Lucci owner of Dante Lucci Salon in Rocky River, Ohio. “Beginning the day with interesting, thought-provoking subjects then being able to discuss them with a peer over a glass of wine that afternoon was the perfect learning and networking experience.”

“There have been too many business trips in beautiful places where you end up only seeing the inside of a classroom,” Buitron says. “The excursions offered a nice break, plus we loved sharing ideas with other owners, as well as comparing problems—we all have the same problems!”

“It was a weekend packed with the sharing of ideas, programs, systems and principles,” says Oliver Steinnagel, owner of Oliver’s Hair Salon. “The best part of the experience was just being able to be who we are with no egos attached.”

R+Co Co-founder Howard McLaren kicked off the first day’s business session with a preview of The Revolution Documentary—a film that LBP is producing with the intention of alerting salon professionals to some of the biggest challenges facing the industry, including diversion and price suppression. “While the price of most things including bread and milk continues to go up, the price of a haircut has remained pretty sticky, because most owners are scared to raise prices for fear of losing customers,” McLaren says. “We need to stop apologizing for being hairdressers and value our own worth.”

Reuben Carranza, president of R+Co and V76, reinforced that message with a data-driven presentation on the state of the industry. He painted the picture of an industry under attack from legislation aimed at eradicating professional licensing, regulatory acts that ban certain ingredients in products, a growing booth-rental and suite market, diversion, and consumer brands that are mimicking professional ones and confusing branding for consumers.

“We need to leverage our collective strength to sound the alarm,” Carranza says. “When you look across the industry, we need universal licensing, tip-tax credits for salon owners and higher prices for services so salons can be more profitable businesses.”

The owners then studied the example of the hotel industry to understand how disruption is necessary to ignite change and produce something new, more efficient and worthwhile, as well as how the speed of innovation is continuing to accelerate. McLaren rounded out the first morning of learning by demonstrating innovation in hair with one haircut styled in different ways.

After breakfast on the second morning, Steinnagel detailed his three-and-a-half-year personal journey as he sued and was sued by three departing stylists who represented $400,000 worth of sales and broke their non-compete agreement to rent stations nearby. After $260,000 in legal fees, 445 journal entries, three years, a five-day trial with a jury of 14, and two judgments, Steinnagel won the suit.

“It wasn’t about the money; it was about the principle,” Steinnagel says.

Then Sasha Kadey, LBP’s vice president of digital marketing and technology led the audience into what he called the age of the nerd in a presentation about digital disruption. He previewed three digital disruptions that are right around the corner—driverless vehicles, wearable medical sensors and robotics—and how they could impact future beauty businesses. He then showed a short video about Cheeky Strut’s selfie station and how it leveraged the proliferation of selfies.

“Consumers expect newness and change, and if your salons don’t provide it they will look for it elsewhere,” Kadey says.

Carlos Letelier, owner of Limon Salon in San Jose, California adds, “I believe staying on top of technology, social trends and taking risks will allow me to innovate and elevate our industry and also be able to persevere as a strong leader during the most challenging times.”

Next, Tom Seeberger, LBP’s dean of the school, gave the owners the results of surveys he had conducted with the teams at each of their salons, evaluating them in different leadership qualities, including the capacity for passion, business creativity, organization skills, teamwork skills, open-mindedness and integrity.

Wrapping up the education section of the excursion, Finger concluded with a passionate presentation on leading a team through adversity. Finger’s presentation wove together the incredible personal challenges of his premature twins’ birth with Ernest Shackleton’s ill-fated attempt to cross Antarctica and compared both to leading a salon through difficult times.

“It was the single most impactful presentation on leadership I have seen, and it will have a direct effect in our salon because it gives me a frame work of how to navigate the inevitable challenges while providing a source of inspiration,” says Jack Ray, co-owner of Samuel Cole.

After each day’s morning business sessions, salon owners piled on trolleys, which took them to picnic lunches under the trees of different wineries. Each owner then received tasting tokens and was encouraged to visit different tasting rooms in downtown Carmel and the village of Carmel Valley.

“The beauty and old world charm of Carmel combined with the conviviality of the company we were in made it feel so fun and old-school to talk a little business, taste some nice wines, eat some great food and then talk a little more business,” says Jodi Connolly, owner of Salon Buzz in Iowa City. “It was such a refreshing departure from the model of conducting business we are used to today.”

Each evening ended in group dinners with farm-to-table-style cuisine and additional wine pours, which continued to encourage conversation on the morning’s presentation and the exchange of salon owner ideas.

As the owners said goodbye to Carmel to head back to their respective salons, hugs were exchanged along with contact information, ensuring that the cross-sharing of ideas and advice would extend beyond the excursion.

“The best of the event was spending time with like-minded people,” says Judy Rice, owner of Goldwaves in Ft. Worth, Texas. “Each owner has ‘something’ they do extremely well, such as marketing, technology or community involvement. Looking to each other for ways to improve our own business model is perhaps one of the most under-utilized opportunities because we are all so busy in our establishments with the day-to-day.”