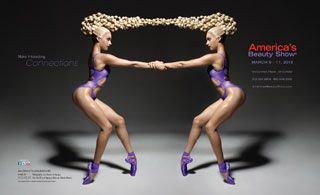 The campaign’s concept resulted from the collaboration of Cosmetologists Chicago’s Creative Director Kristen Erickson and Luis Alvarez of Aquage, who also photographed the ad material. Ann Bray, created the hair for the ad and for the hairstyling teams for all 2013 ABS advertising. The advertising spread, with the headline, “Make Interesting Connections,” featured a dual image of Jenny Winton of the Joffrey Ballet connected by a sculpted hairstyle.

“Working with Luis Alvarez, Ann Bray and the Aquage artistic team for the past six years has been so creatively inspiring,” said Erickson. “I am especially proud to be part of our America’s Beauty show team, bringing worldwide beauty to Chicago.”

Cosmetologists Chicago president Joseph Cartagena congratulated the team, saying, “The 2013 America’s Beauty Show was a huge success due to the commitment of those involved with it at every level. Kristen and Luis’ artistic vision for our show is worthy of the all praise it is receiving.” 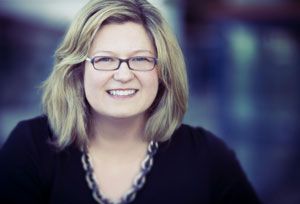