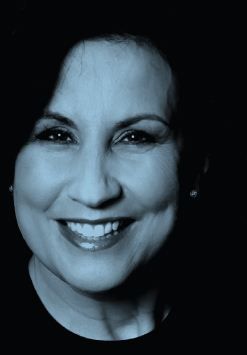 Studio Wish Salon in Twinsburg, Ohio, is among a growing number of salons that have changed their operating hours to accommodate the needs of working clients who prefer appointments in the early evenings or on Saturdays. The owner, Rowena Yeager, learned of the model from Steve and Terri Cowan, founders of Professional Salon Concepts (PSC), who coined the concept “prime time hours.” A wholesale product distributor, PSC provides technical and business education to salons in the Midwest to help them stay pro­ table. One of their key strategies is teaching salons how to shift their business hours to prime time–those hours that represent the busiest time of the day, or what would be the most pro­ table for a salon. With 72 million (or 52 percent of) women over age 16 in the workforce, it’s no surprise that during the work week these hours tend to fall in the late afternoon and early evening, from roughly 3 p.m. to 8 p.m.

Too many salons open at 9 a.m., but then still try to cover prime time, late-night hours. By extending their operating hours to a 12-hour day every day, they increase labor costs and create other undesirable consequences, says Terri Cowan. When she asks these owners when they have time to develop their staff, she often hears, “I don’t. I can’t ­ finnd time to even gather them for a meeting.” Tracey Stokes, owner of Navii Salon & Spa, a full-service day spa in northwest Indiana, used a two-day remodeling closure as an opportunity to make the switch to new prime time hours. She had tried many schedules over the years, but staff turnover, the recession and staff­ing expenses led her to make a change. “We sat down with our software program and started to run some reports to map the times that were the most pro­ table,” Stokes says. Already closed on Sunday, “I chose to close on Mondays because that wasn’t a very productive day for us, and extend the hours on Wednesday and Thursday from 10 to 10. We split shifts on those days, so nobody works a whole day.” Part of the decision stemmed from the fact that Navii has about 3,000 square feet of hair salon space. “If it’s not busy, it doesn’t look fun. It can throw off kind of a bad message,” notes Stokes. The change did not come without compromise from her staff. “You get caught up with trying to make every employee happy. Someone will say, ‘I want to come in for this client, or I want to stay late for this, or I don’t want to work this hour.’ But it was a group decision, it was a business decision, and it’s worked really well for us.” 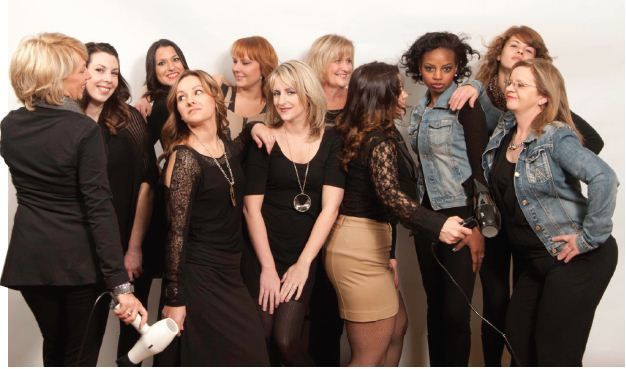 Bella Salon in Davenport, Iowa, made the shift to prime time several years ago when they worked with the Cowans to implement new business systems in the salon. They evaluated 12 weeks’ worth of data, including booking trends, service dollars per guest, retail dollars per guest and number of guests per week, and created new “acceptable service standards” for the business and the staff. “Instead of raising prices just to raise prices, we raise them when we meet our acceptable standards for 12 weeks. It’s a celebration for the stylists as well as the guests,” said Katherine Newberry, who co-owns Bella with Amy Ruggeberg.

They moved from the typical 9 a.m. to 9 p.m. schedule by trimming both morning and evening hours, and Newberry reports that “it takes care of that little bit of dead space you sometimes have in the middle of the afternoon.” She says their books are essentially full from 10 a.m. until 7 p.m. Other rewards follow the change in hours.“My rescheduling rate when I ­ rst started was probably 35 percent,” said Newberry.“Now it’s at 98 percent and we book out anywhere from six to seven months.” She also says the reduced hours give her more time for education, staff development and meetings. Rather than asking employees to come in on their off time, she now schedules monthly meetings with each one to review their performance and set goals.

When Yeager made the transition to prime time at her salon one year ago, she shaved eight full hours off her weekly operations without sacrificing business. Closed Sundays and Mondays, Studio Wish Salon is open from 11 a.m. to 9 p.m. Tuesday through Thursday, and from 8 to 5 or 6 on Friday and Saturday. “The majority of people we’re trying to attract are working people who want evening hours or Saturdays. We’re much more productive having these particular hours,” she reports.

Like Stokes and Newberry, Yeager says she first ran reports through her salon software to identify times of high productivity and hone in on those times, rather than opening early and closing late “trying to grasp business at all hours.” In conjunction with the alteration in operating hours, Yeager implemented a program to develop her new employees, called Sweet Tweet Tuesdays. “We made Tuesdays a special day where we offer a color/cut, highlight/cut or partial highlight/ cut at a slightly discounted price. We have it on our Facebook, our website, in the salon,” she says. She took all her new stylists and put them on the Tuesday schedule. “A lot of time the clients will say, ‘Oh, do you (the stylist) work that day?’ and we’ll say, ‘No, I don’t work that day, but Kim works that day or Courtney works that day, so why don’t you come in with one of them,’” Yeager explains, adding, “It’s really helped build the books for our new talent and helped our productivity because before, our Tuesdays weren’t that busy.” 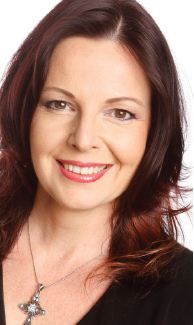 In addition, Yeager now has all her senior stylists work Wednesday through Saturday, roughly a 40-hour week. “They’re more productive because they have Sunday, Monday and Tuesday off, a three-day weekend every week,” she notes. The salon uses a tiered system that stylists have to work through. As they achieve goals and move up through each level, they move off of Tuesdays to the Wednesday through Saturday schedule, and new stylists rotate into Tuesdays and go through a training program. The new schedule also makes it easier for Rowena to set up staff meetings and do one-on-ones, as most employees are gathered on any given day except Tuesday. While each of these salons has had an overwhelmingly positive experience with their prime time operating hours, the response from clients has also been good. Says Yeager, “The majority of my clients have loved it. I have heard from several of my clients that they wished their doctor’s of­ ce would do this, they wish their dentist’s of­ ce would do this.”

• Increased energy in the salon

How to Make the Switch to Prime Time

• Do your research. Run reports, analyze data and/or survey clients and staff.

• Build hours around your busiest times.

• Get buy-in from staff.

• Introduce the new schedule as Summer, Back to School, New Year’s Hours, etc. for a logical transition.

• Consider what other changes should go hand-in-hand with the new hours.(e.g., staff meetings, education, training).