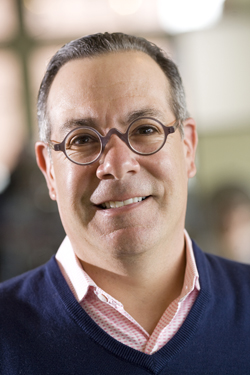 With Groupon and Living Social currently leading the pack, daily deal services have become a multi-billion dollar industry and reinvigorated focus on the local marketplace, all since late 2008. In total, there are over 350 players in the space providing deals, platforms, data, analytics, and aggregation.  With the recent additions of such powerhouses as Google, Facebook, AOL, YP.com and Yelp, those numbers only stand to increase.

Despite the recent onslaught of negative articles and merchant horror stories, daily deals can absolutely be valuable tools for small businesses to market their brand, acquire new customers, and move excess inventory or capacity at reasonable and manageable costs. They have already ushered in net new customers to a countless number of small businesses and will undoubtedly lead to long term revenue growth for many as well.As attractive the allure of daily deals may be, like all marketing and advertising models, they are not without their potential pitfalls and hazards for merchants.  The answer is not to turn and run as these new market paradigms are certainly going to continue to grow at the expense of traditional models such as direct mail or Yellow Pages, but rather become educated and apply a few basic ideas to help merchants manage these deals for success.

First and foremost, most daily deal sites compel businesses to give very large discounts to their customers, ranging from 50% all the way to 90%.The sites then take as much as 50% of the revenue off of that already discounted product or service, leaving merchants with as little as $25 (or less) to deliver a $100 service. But with 300 guys in the space and hugely discounted services, there is a lot of room left over for merchants to negotiate a better deal for themselves.  The easiest place to start is on the rev share, and it is not unreasonable to see a 70%-30% split in favor of the merchant quickly becoming the norm, especially for smaller, more aggressive deal sites.  Down the road, as the market grows, merchants will be asked to discount far less than they are today, while still allowing great deals consumers (a 25% discount is still a great deal from many goods and services).

Don’t forget the small stuff.  Daily deals can have a lot of moving parts, many of which are negotiable for the informed merchant and can add to the bottom line:  Credit Card processing fees can be negotiated, with many deal sites taking all of the charge fees.  Cap or limit your deal so you don’t wind up in a situation where you have to over deliver a product or service.  Define parameters for delivery so you can fulfill your obligations at the most opportune times over the most opportune length of time. Price your offer in ways that encourage customers to spend additionally.  And think about deliver options, maybe offering only 1 coupon per customer is the optimal offer.

Finally, pick the right deal partner.  The biggest isn’t always the best, especially if you are a provider of specialty goods and services.  With hundreds of vertical deal providers, from luxury goods to babies to pets to children (and everything in between), merchants can find the perfect match beyond simple location.  A little homework and you will be amazed at the type of deal partner you can find!

Can I make money with this thing?

The most basic question merchants need to ask themselves on the whole deal opportunity is “can I make money withdaily deals”?  And if they won’t make money, what is the acceptable amount of loss they could take to justify the marketing expense?  Luckily there are a number of online resources available to help merchants understand their cost basis, against revenue and additional consideration (like overages, cannibalization, and new customer growth).  Daily Deal aggregator and analytics company Yipit has created a simple spreadsheet tool that allows merchants to easily estimate the chance of profitability a particular daily deal might have on their business.  An hour at a spreadsheet will give the merchant an idea what he has to look forward to after the daily deal check arrives.

Some of the biggest pain points for service providers have been in fulfilling the spoils of a successful deal.  It’s not uncommon to see an attractive offer, say $50 for $150 of spa services, to sell upwards of 300 or 400 units.  Fulfilling 400 massages starts with taking 100 phone calls the first few days and trying to accommodate everyone who wants the Saturday 11AM slot.  Many a merchant daily deal horror story has centered on the logistical nightmares of accommodating the front end (and back end) loaded nature of appointment based offer redemption.

Scheduling applications, like Schedulicity, provide easy and inexpensive daily deal management by allowing a service provider to meter the fulfillment of an offer over a specific set of time blocks for the entire duration of the offer.  Basically the merchant could set aside 20 appointments for daily deal redemption per week, the availability of which could be easily accessed by the consumer.  Once the slots were filled for the week, the consumer would be forced to move into the following weeks for availability.  In addition to alleviating the onslaught of phone calls, scheduling services allow the merchant to set aside ample appointment slots for current, walk-in, and other full paying customers.Scheduling solutions can be easily integrated into most daily deal offers and allow consumers simple redemption with a “Schedule Now” click.

A recent study by Rice University suggested that 40% of merchants surveyed who had run a daily deal would not run one again.  The biggest complaints here seem to be centered around lost money (bad deal management) and lack of new customers.  At the same time, a study by ForSee Results found that over 62% of consumers who redeemed deals were new, infrequent or former customers of that service provider.

Clearly the new customers are there, yet merchants often forget, neglect or just flat out ignore one of the basic tenants of small business, get to know your customer.  In fact, the daily deal providers do phenomenal job of getting customers in the door, now merchants need to do a better job of getting them to come back, again and again. Customer retention is the tool that turns these deals into home runs.  Get their names and email addresses (you would have them already if you used a scheduling service), ask them to follow you on Facebook and Twitter, use points or other loyalty programs for frequent diners and repeat customers,  give them another coupon (smaller) for a return visit or simply thank them personally for the business.

While intense competition in the daily deal arena is already making deal opportunities more small-business friendly, merchants must understand the need to educate themselves on the ins-and-outs of daily deal services, conduct that education thoroughly, and manage every facet of the deal fulfillment to gain the maximum long term value for their businesses. With the kinks ironed out, daily deal sites stand to boost the local business sector to extents we haven’t seen in decades.

About the author: David Galvan is the President of Schedulicity, an online appointment scheduling program used by small businesses across dozens of industries.