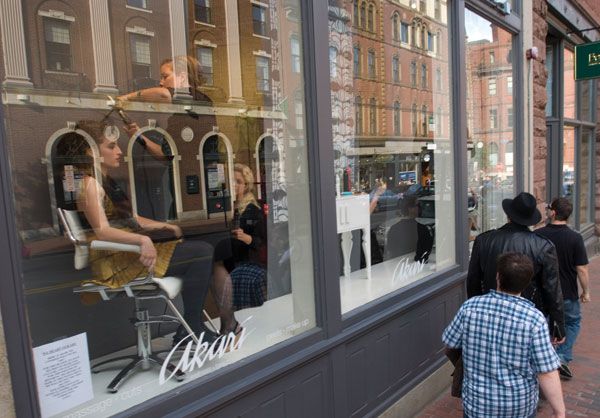 ONE FRIDAY EACH MONTH, the storefront window of Akari salon in Portland, Maine, comes alive-literally. As the community developed its Art Walk, in which certain galleries hosted special open houses each month, Akari's owner Allan Labos and its team decided hairdressing was one of the purest forms of art.

For their first live window, the creative team picked the theme of 1920s hair styles, showcased as the ladies of a bordello readied themselves for the evening. "It's proven a huge success, and a refreshing change to have hairdressing viewed as wearable art," says Labos. "It's been a win-win as the window gives our team a creative outlet, yet creates valuable publicity for the salon."

Because of the unique visual nature of the live window, it's naturally fueled local publicity, with the newspaper and television stations covering the salon's activities. In fact, one of the local television producers served as a model in one of the live windows, then turned around and invited the team to the station-now the team keeps getting invited back to work on different stories.

"Recently, one of the anchorwomen chose us to do her hair and make-up for her wedding and is constantly blogging about all the beauty activities leading up to her big day," says Labos.

For the most recent window which revolved around a '60s theme, the team was asked to stage a love-in during the morning news program. "They had to be at the station from 6 a.m. to 9 a.m. where they dressed as hippies and sang songs from that era," says Labos. "They eagerly did it, even though they had to stay in costume, work all day and do the live window that evening-and as they left that night, they actually thanked me." 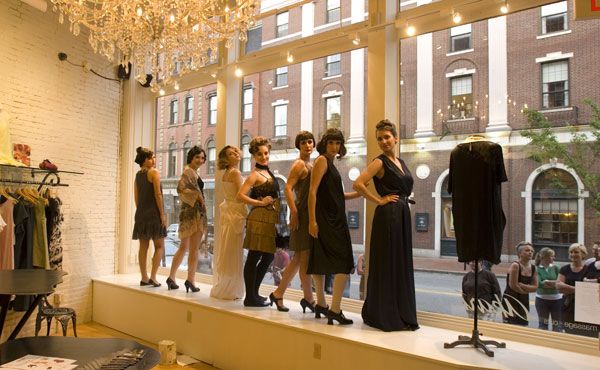 With each live window, Labos says the team's creativity has grown-and so has audience participation. For the '60s-themed window, the salon posted a call for â€˜protestors' on its Facebook page. "We had a crowd of protesters outside the window, we were doing bodypaint, and we offered complimentary brownies to anyone willing to give our hula hoop a spin," says Labos. "Inside the window, the team styled some Afros and shaved one model's head. The crowd really got into it-it was like they were recapturing their youth."

Labos says the live windows are responsible for a positive buzz around town. During the Art Walks, Akari offers passersby a brochure and a tour of the salon and spa. As new clients are discovering Akari, former clients are finding their way back. "When we moved locations a few years ago, not all the clients followed," he says. "But many have come up during one of these events, expressing how nice it is to see us and that we haven't changed."

A Lesson in Leadership

As a leader, Labos says he's learned to listen to his staff and encourage them to follow through on good ideas. "We had talked once about doing live mannequins in the window, but the idea took off one day when a nail tech had a slow schedule and took some staff members into the window and did their nails. That turned into a nail event, with refreshments, free nail polish removal and color touch-ups. Polish and make-up sales went up by 30 percent."

Labos says he is fortunate to have such a strong team. "I set the vision, and they move forward with the ideas," he says. "It's important to start small and iron out the kinks. Don't get greedy-just let the momentum carry you." 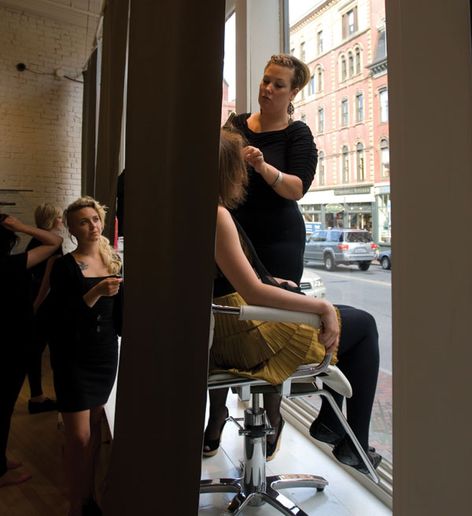