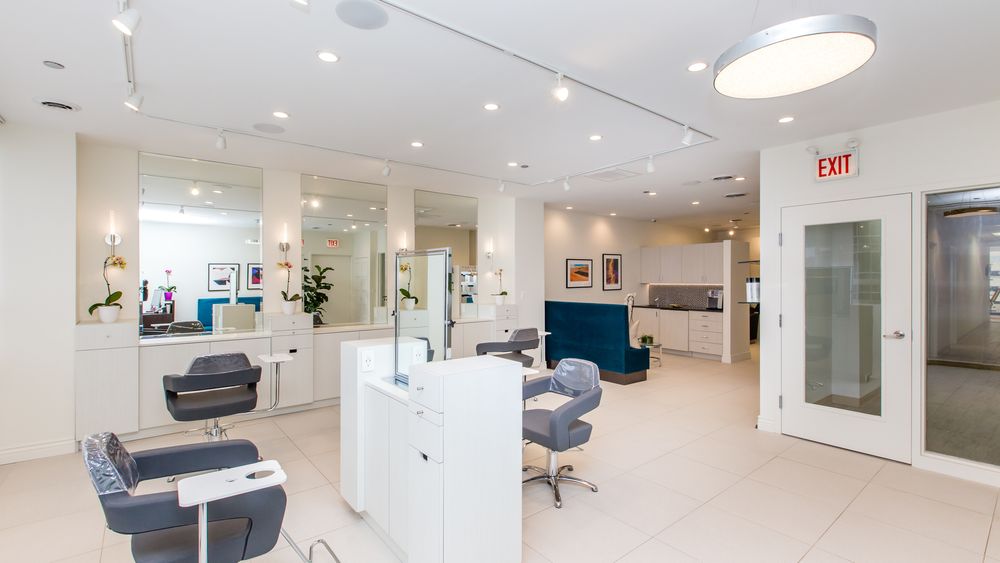 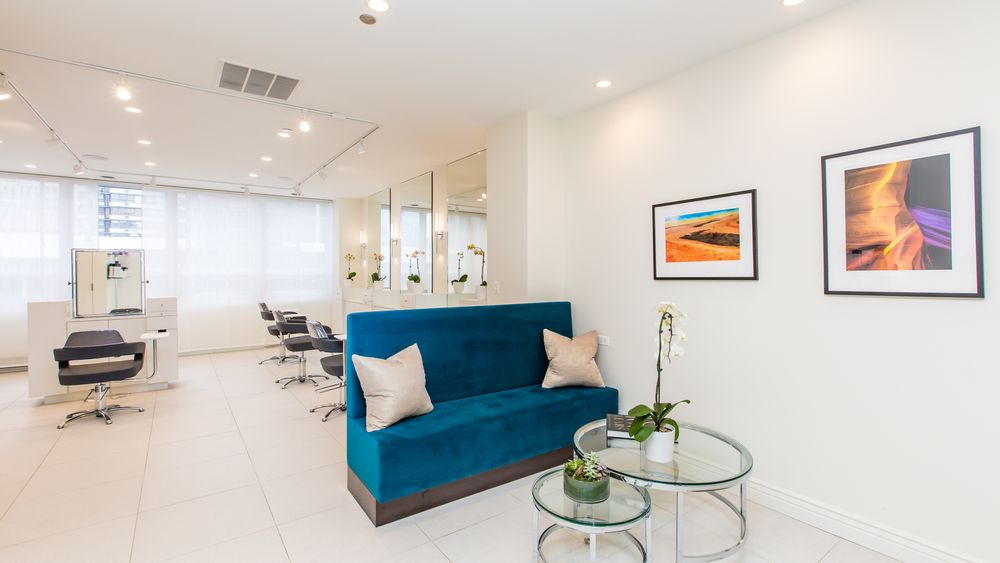 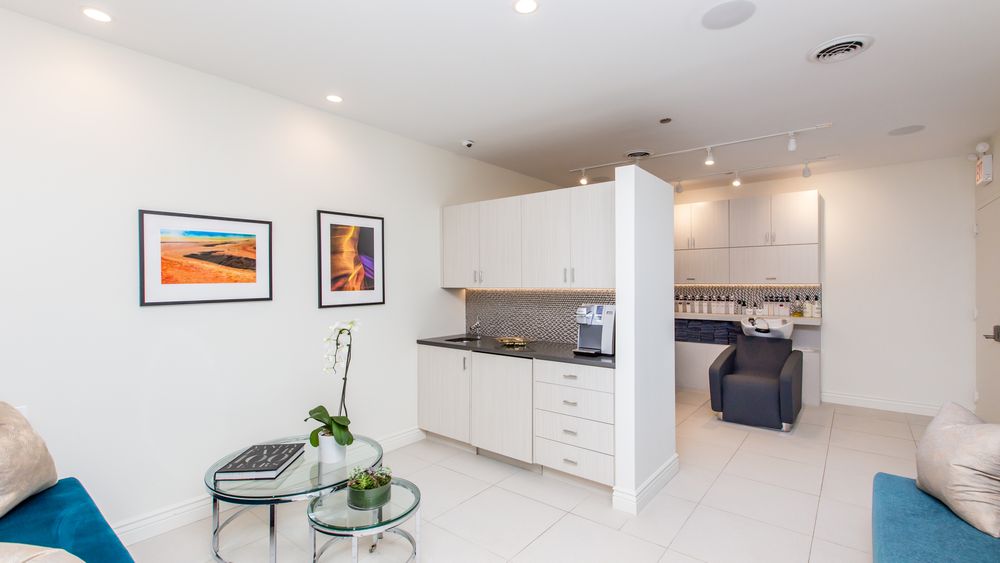 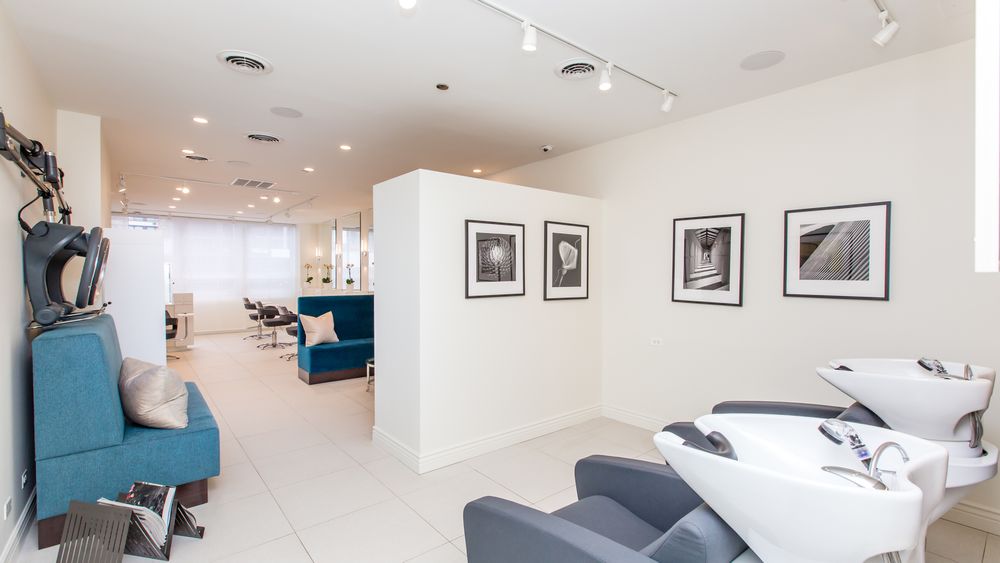 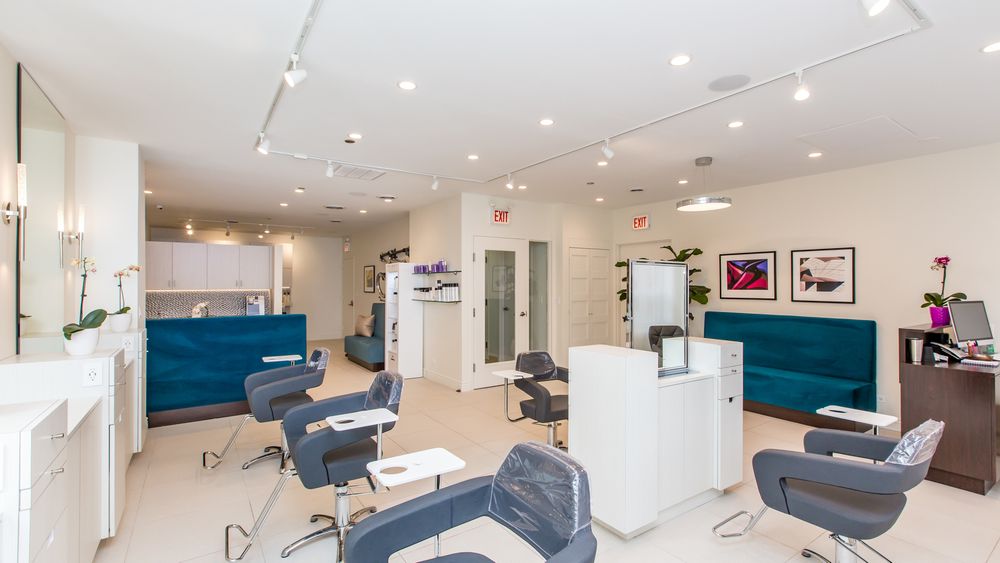 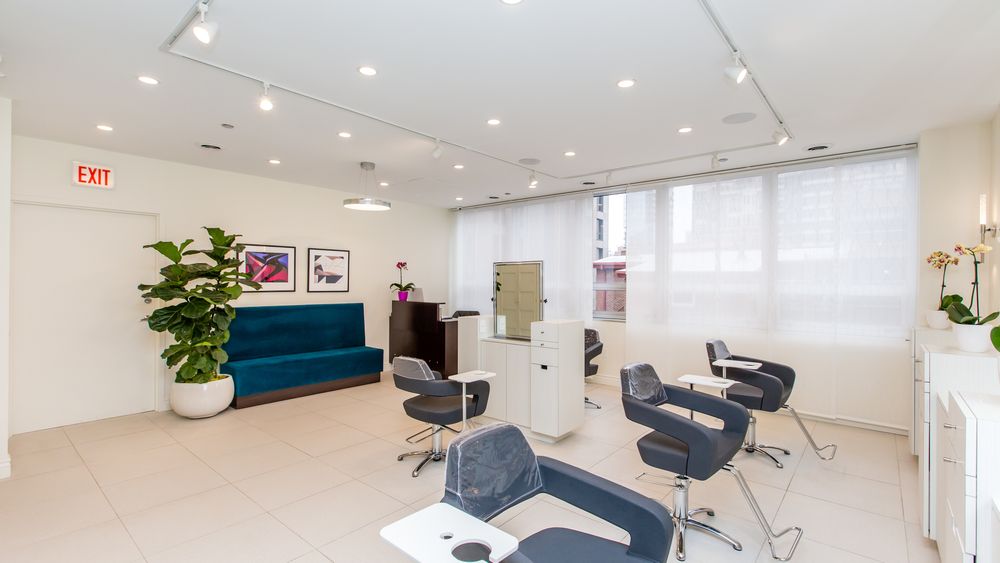 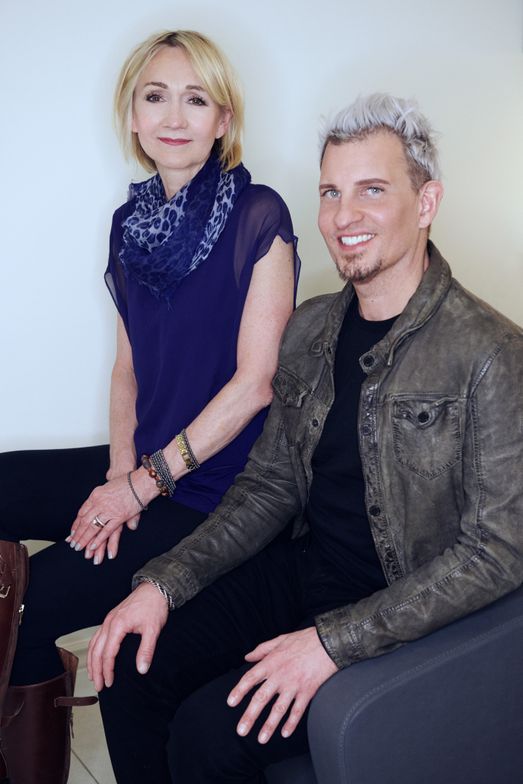 Nestled among storefronts from top brands such as Prada and La Perla and landmarks such as the Thompson Hotel, Platinum 34's location oozes luxury from the moment you exit your vehicle. It's Oak Street home in Chicago's famous Gold Coast is inside a high-rise building on the seventh floor. By being located on a higher level, Platinum 34's large windows bring in an abundance of natural light and lead to stunning views of the city and Lake Michigan.

Longtime friends and coworkers George C. Long and Dianne Peterson decided to open Platinum 34 together as their first salon. Together, the duo has more than 60 years in the beauty industry. Petersen was an apprentice at Jean-Marc Maniatis in Paris before she returned to Chicago and began to specialize in styling and cutting hair. A Chicago native, Long studied in London at the Vidal Sassoon Academy before he also returned to his hometown and quickly saw his career as a colorist expand.

When Long and Petersen took over the space in October 2017, the unit had been home to a tailor's shop with dark design accents and details. Because it's so important to see hair color in the right lighting, Petersen and Long wanted to make sure the salon was bright and clean, so they focused on a nearly all-white decor. Yes—even for the floors. Long says he tested the floors by placing color on them for 24 hours; when he returned the next day, the color came right up and didn't stain.

"A lot of salons are all beige," Long says. "We were really looking to maximize natural light so we could see accurate color. We wanted to take everything and bring it up to platinum."

The tailor shop layout also didn't function well for a salon. That meant the duo was in for a complete remodel. The building didn't have gas; a feature Long and Petersen say was a must-have in order for the salon to run properly. It took 15 different calls to the city before the gas was finally turned on and working.

But that wasn't the only roadblock. Due to its seventh-floor location in a fully occupied building, a typical work schedule for renovations wasn't in the cards.

"The building has a spa downstairs, so we couldn't really be drilling and making noise during the day," Long says. "We were lucky to find contractors willing to work from 12 a.m. to 5 a.m."

The renovation was completed in early February 2018, and Platinum 34 opened its doors on February 13—just in time for Valentine's Day appointments. During a visit to the salon, we felt its energy immediately. Every detail in the space was executed with thought and precision, and the mostly white decor is complemented with punches of color on the processing sofas and through photography from Barry Wolf placed around each area. A feeling of luxury is exemplified through the glittered sconces and orchids at each station, but the space also feels inviting and comfortable.

"The space is elevated," Long says. "But we ultimately wanted a space where everyone was happy to come to work and where clients felt comfortable."

The pair has big plans with the salon moving forward, and say they see potential for the salon to eventually expand its space. But for now, both Long and Petersen are enjoying their time as new salon owners.

"Owning a salon, for me, wasn't an ego thing," Long says. "I wasn't trying to just be able to say 'I own my own salon.' I don't need my ego stroked. It was about being able to have my own team. Personally in my career, I was always helping my coworkers out anyway, whether that was with color or whatever. So I wanted to be able to have my own salon where I could teach people and have them also teach me. It's always a learning experience, and education is confidence."

Petersen agrees. “I wanted to create an amazing environment for my clients and to be able to share it with like-minded hair stylists," she says. "A space to express my knowledge, passion and techniques learned in my past to inspire and give back.”