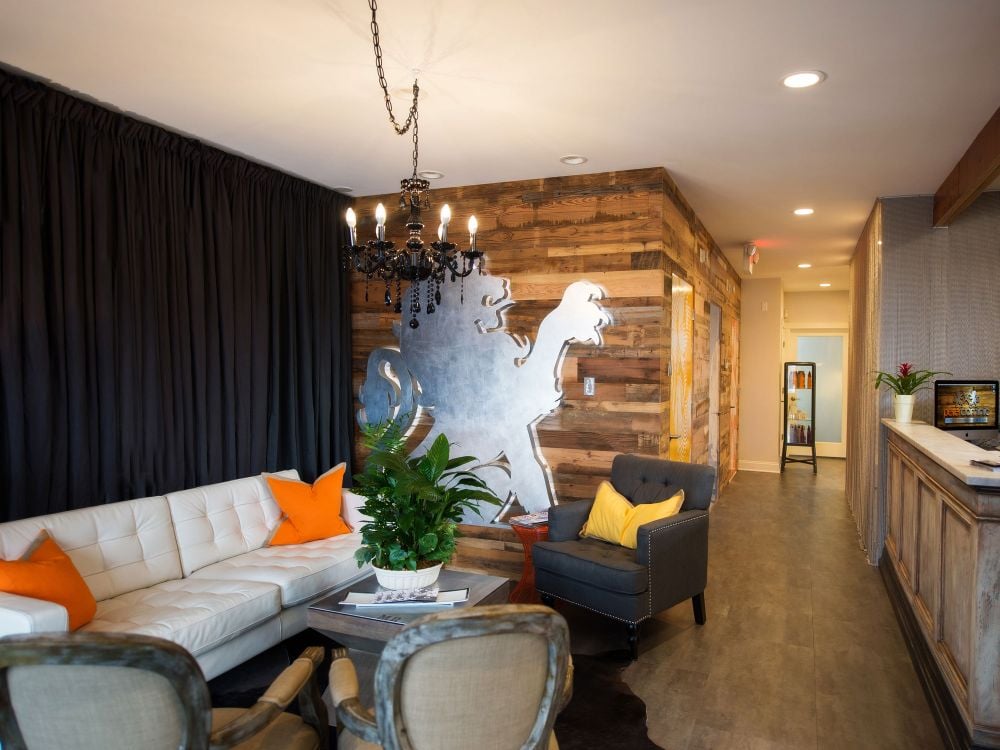 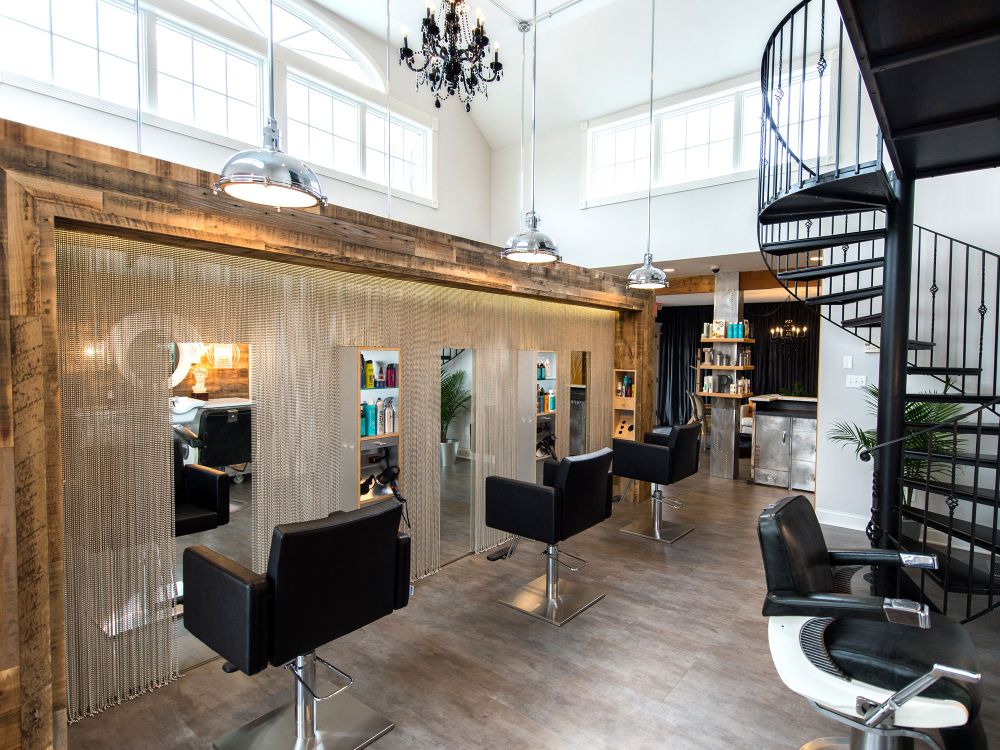 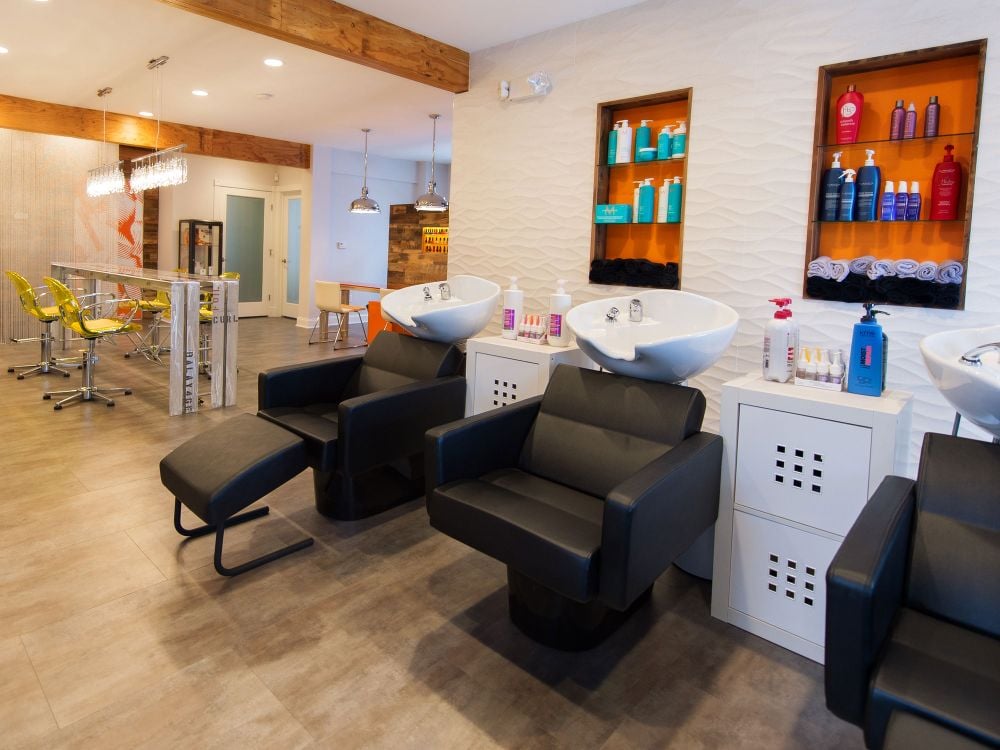 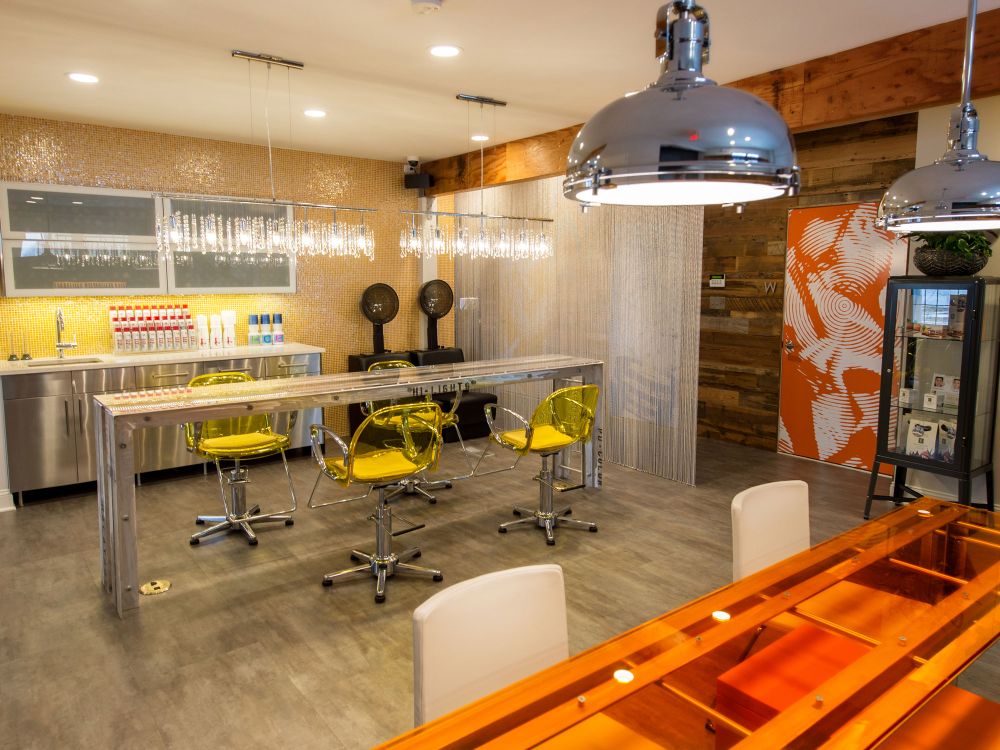 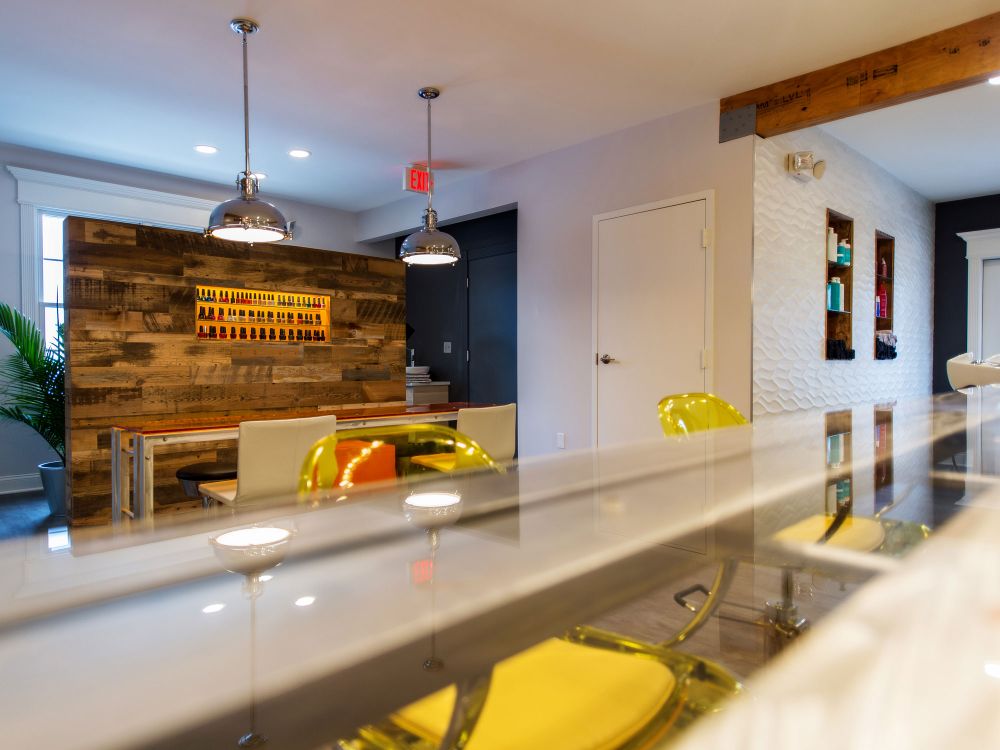 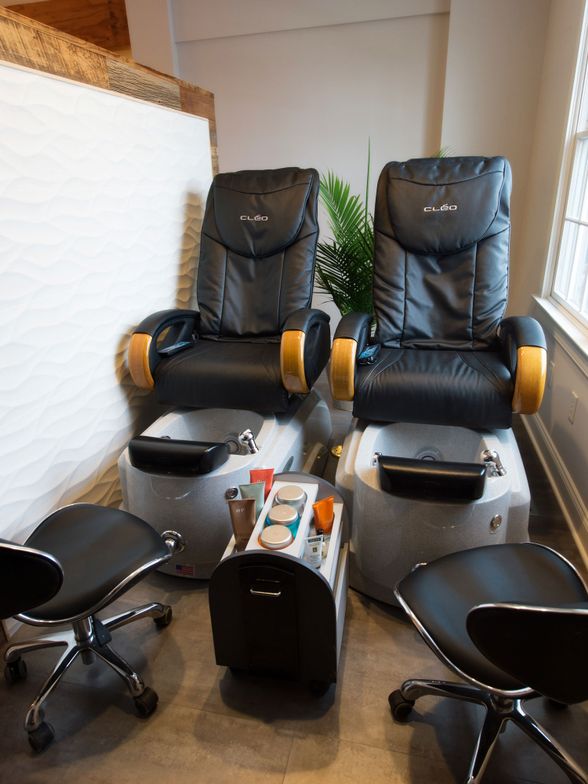 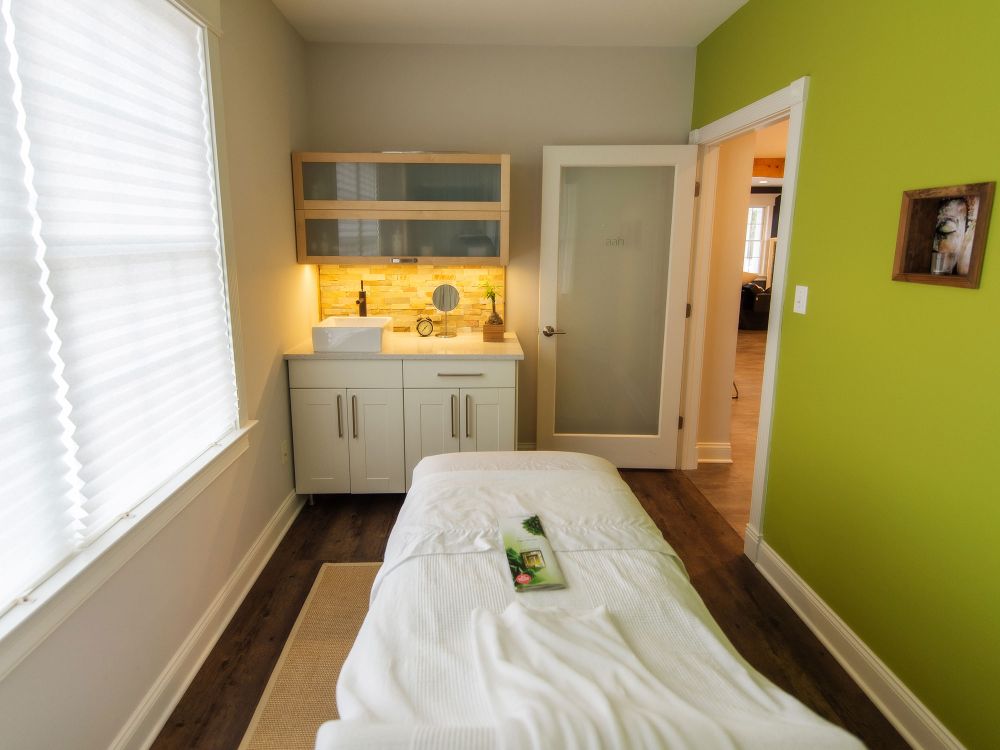 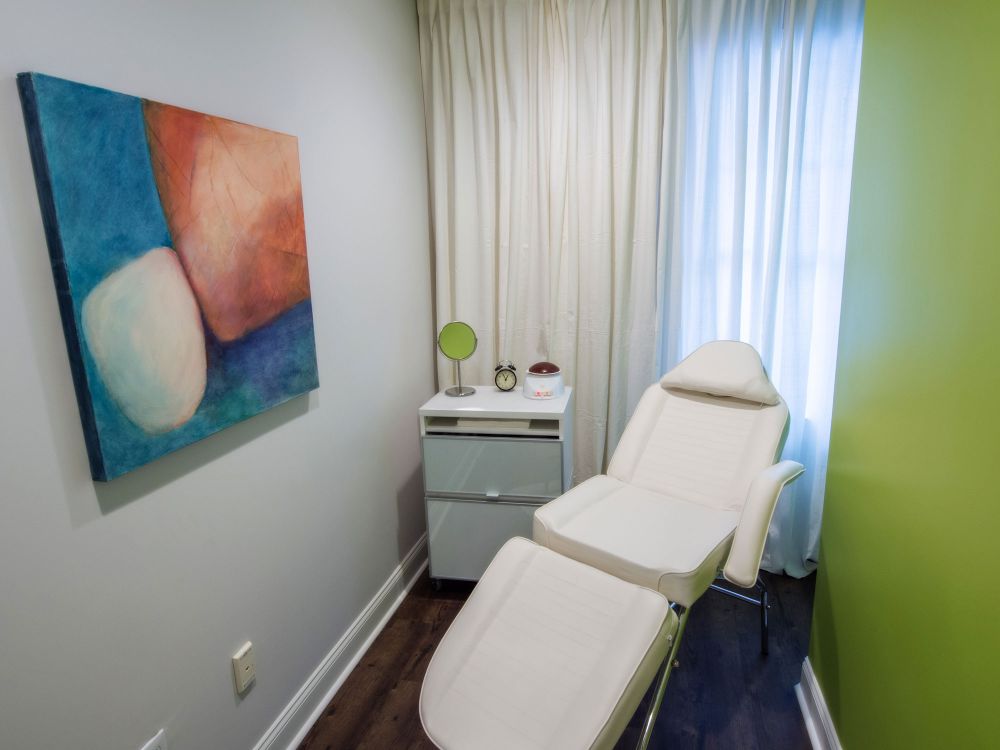 Peterdominic Salon and Spa underwent major remodeling in 2013, to create a more comfortable and inviting atmosphere that would offer clients more services and a high end experience.

Designated areas were added for spa services, including manicures, pedicures, waxing, facials, and massage, and for color and chemical services. 60% of the walls were removed in order to make room for these service areas and great attention was paid to artistic design and detail to make the renewed salon a comfortable and interesting space.

“The metal beaded curtains that hang throughout the salon create the illusion of privacy without losing the open feeling that we wanted to create,” owner Peter Gulli says. “The reclaimed lumber cladded walls add warmth and texture to balance the industrial, metal features.”

A striking feature in the salon is artwork specially done for each of the two restroom doors and the employee entrance door, adding beauty to areas that would normally interrupt the design. It is called half-tone optical art – it appears to be a design, but when you step back it is actually a picture. These works of art feature the salon founder and 1985 World Championship in Hair Style Design, Dominic Gulli, his world cup trophy, and his son, the current owner, Peter Gulli.