It is with deep sadness that the family of Guy Mascolo has announced the devastating news that Guy passed away on May 6th 2009 after suffering a massive heart attack at his home in Dallas.

Guy Mascolo, together with his brother Toni was the founder of TONI&GUY. Their globally renowned hairdressing company was launched in Clapham in South London in 1963 when the brothers were still in their late teens. The sons of Francesco and Maria Mascolo, the brothers learned their hairdressing skills from their father, himself a respected hairdresser. 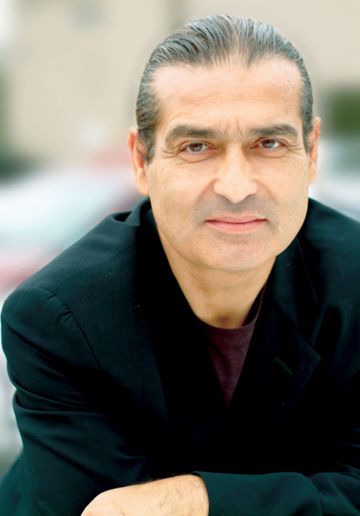 In the mid-1950s the family immigrated to the UK from their home in Scafarti, a small town situated a few miles from Pompeii in the Campania region of Southern Italy. Guy (whose birth name was Gaetano), and Toni (whose name is actually Giuseppe), were the eldest of 5 sons. Bruno and Anthony Mascolo subsequently joined their brothers in the business while the 5th brother, Andrea joined the American arm of the family business during the 1980s where he continues to work.

The brothers had tremendous vision and energy and their particular skill of dressing hair, created with the amazing flair that is so typically Italian, was an attractive option to the geometric hairstyles of the late 1960s. By the mid-70s the brothers had opened their first salon in central London, on Davies Street, Mayfair and were receiving coverage in glossy magazines. At the same time they started participating in hairdressing shows that took them all over the world. During the late 70s and early 80s Toni&Guy opened further shops in Covent Garden and Sloane Square and also opened a hairdressing Academy in central London. They also launched their own product line: TIGI.

In 1983 Guy Mascolo and Bruno Mascolo moved to Dallas in the USA where they opened salons in the fast expanding shopping mall business and also started to grow their professional product line. Toni and Anthony Mascolo remained in the UK, where Anthony grew the education and creative side of the TONI&GUY and Toni developed a franchise operation that has now expanded into a highly successful global operation.

Guy Mascolo was highly respected in the world of hairdressing. A tremendously popular and generous character he was loved by everyone who met him and had an enormous amount of compassion. A quality the Italians describe as â€˜simpatico'. He was a huge family man, with 2 sons from his first marriage, Guy Junior and Zak Mascolo, (who is the Creative Director of TONI&GUY New York,) and 2 daughters (Emanuella and Zara) by his second marriage to Flora Mascolo).

Guy was a keen sportsman with a passion for football and a keen supporter of Chelsea. He was also a talented musician. Guy was also a brilliant guitarist who over the years both wrote and produced music for himself and others. He was also a very good artist, and often sold his paintings to raise money for charities. Another of his many talents was cooking. Anyone who was fortunate enough to sample Guy's â€˜sugo Napoletano' would agree it was the best they had ever tasted.

With such a passion for life it is a cruel fate that Guy has been taken from us at a point in his life when he had so much to live for and enjoy.

But most of all Guy Mascolo was known by all as a beautiful man and that is how he will be remembered.