For one Florida couple, a tough economy opened up the opportunity to purchase their own commercial property. 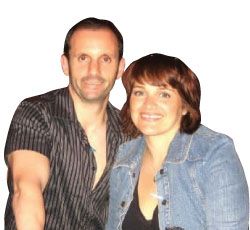 Although times are tough, there can be a silver lining. This may be the perfect time to buy your own building, says Mike Van den Abbeel, who recently purchased the building that houses his Mosaic Hair Studio in Orlando, Florida. Property prices are down, sellers are motivated and, with proper due diligence and/or creative financing, it can happen.

Van den Abbeel and his wife Kiri Wollheim were both stylists with more than 10 years of experience. Before they bought their building, Van den Abbeel had been booth-renting and Wollheim was at a commission salon. "We had been looking to start our own salon but finding a unique retail site was difficult-we didn't want a strip-mall location," Van den Abbeel says. The building they bought wasn't for sale at the time, but he approached the owner anyway and started a conversation conveying their interest. "That conversation lasted almost two years," Van den Abbeel says. "In the end, we agreed to owner financing with the old owner still being allowed to work until he retires."

The sale price for the space was $215,000, the couple put down $25,000 and renovations cost another $40,000. They are members of a barter company, so they were able to buy renovation materials on trade.

Renovations can be stressful-Van den Abbeel recommends future owners to remember the "five Ps": Prior Planning Prevents Poor Performance. "We lined up a great contractor, friends and family to get the job done," he says. "Remember, it will always cost more and take more time than you think."

Not everything has been easy, though, he says. Monthly maintenance and repairs can take up time and be costly. "You need more and better insurance than if you just rented," he says, "especially liability and building insurance." And, he says, dealing with local government can be a hassle, especially if it involves a renovation.

Van den Abbeel and Wollheim don't regret it for a second, though. The mortgage on the salon is cheaper than what rent would be for a similar building. Also, the mortgage does not go up incrementally year after year; it's a fixed cost. "There are no building maintenance fees that landlords add on in addition to monthly rent," he says, "which can sometimes be almost as much as half the rent."

And the investment puts the couple on a solid course for their future. "We are trying to purchase the property next door, giving us the ability to build a larger salon with ample parking and more stations," he says. "Financing will be made easier because we now have equity in our building. Also, small local banks like to work with owners/occupiers of commercial property."

Share one of your best salon practices by contacting Alison Shipley at ashipley@vancepublishing.com.