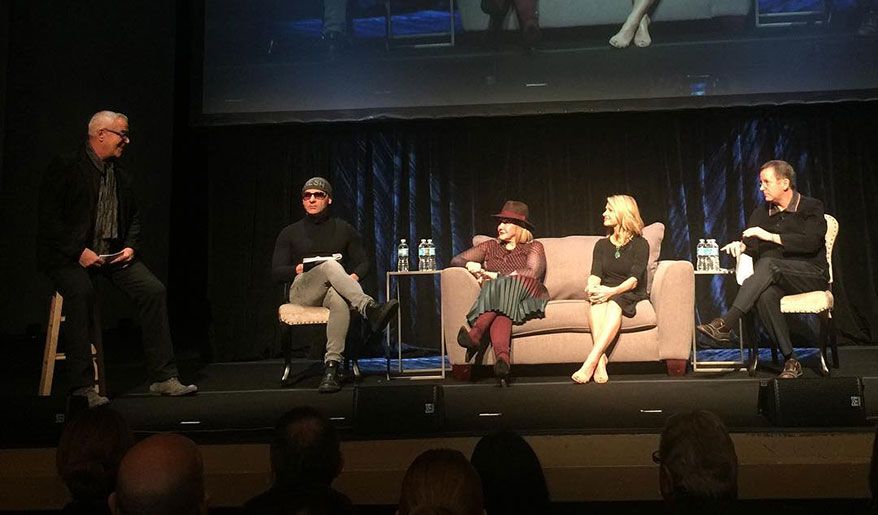 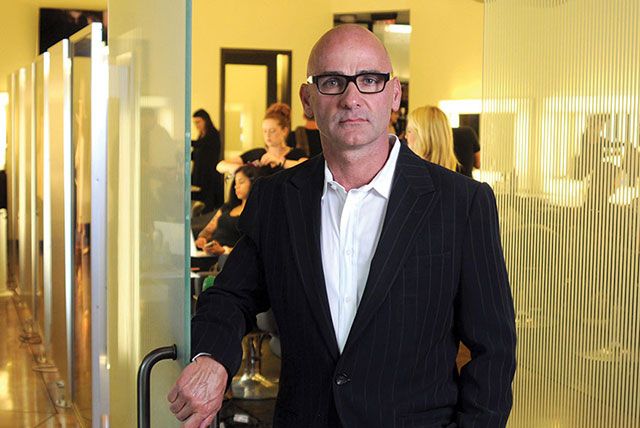 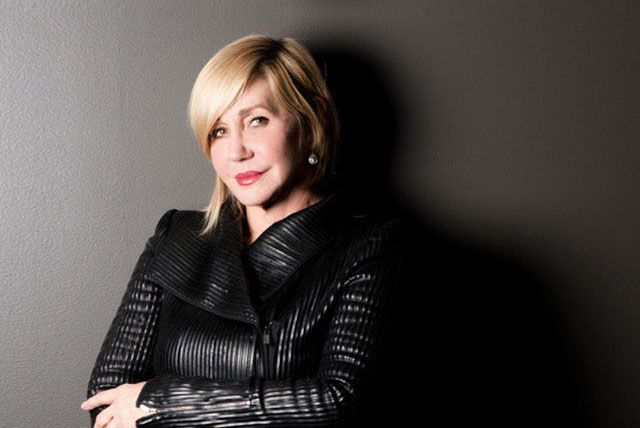 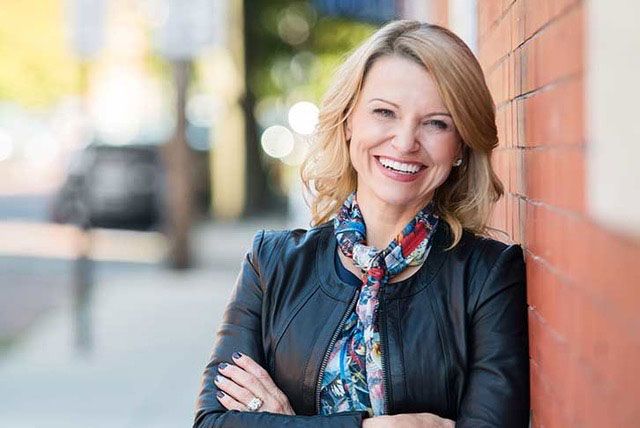 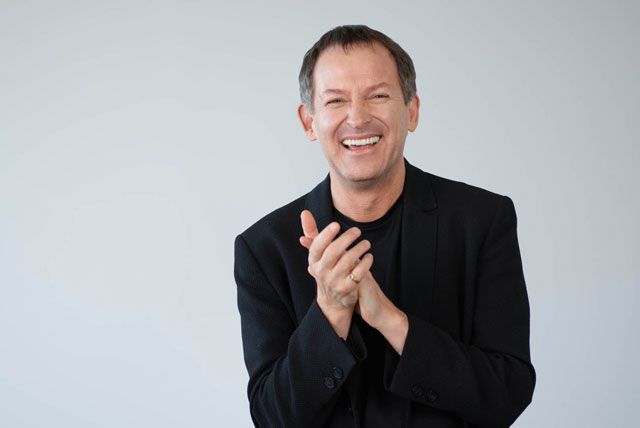 At Serious Business in January, a panel of four owners of multiple salons spoke to the audience about the power of will and how it has affected their careers. The panel featured David Wagner of Juut Salons; Eveline Charles of Eveline Charles Salons/Spas; Debra Penzone of The Charles Penzone Salons; and Van Council of Van Michael Salons, and was moderated by Scott Buchanan of Scott J. Aveda Salons.

The group touched on topics ranging from how they got started to their biggest business challenges; but the subject that most captivated the audience was salon staff challenges.

As successful salon owners, Council, Wagner, Penzone and Charles employ hundreds of stylists and support staff. They have seen it all, and offered the audience valuable advice on hiring a staff that will build up your business’s culture.

A thriving salon culture is dependent upon not just the leadership, but also the attitude of the employees.

Stylists who aren’t on board with their salon’s way of doing business or who can’t cope with teamwork are a danger to the culture of the business.

Specific interview processes help weed out candidates who aren’t the right fit, but inevitably, a bad apple sometimes makes it into the bunch. Or sometimes, a formerly great employee evolves into one with an ego or attitude problem.

When that happens, the salon owner or manager must take action, whether it’s with a series of warnings, a probation period, more one-on-one time, or firing the employee.

“We usually have to let them go if they aren’t on board with our culture,” Van Council says.

Eveline Charles agrees, “If you’re unwilling to go in our direction, we need to let you go.”

At Penzone Salons, Debra Penzone says she tries to approach employees with a different viewpoint and from a place of non-judgement.

“I don’t want to give up—I want to find out what’s going on with them. Sometimes I dig deep and we have some amazing turnarounds,” she says. “But it’s hard to change them if they aren’t willing to change.”

While it’s tempting to keep a high-performing employee despite a bad attitude, the salon’s culture cannot be put at risk.

At Juut Salons, the culture is transparent from day one, and Wagner isn’t willing to compromise it for employees who aren’t on board.

“We’re based on creativity, love and passion,” he says.

“We will do emotional re-hires with people, but for those who are unwilling, we say ‘We love you, and we’re going to miss you.’ ”

“People still feel good on their way out the door,” Wagner says. “There’s not a right way or a wrong way to do things, but there is a Juut way.”

And when an employee is unwilling to go the Juut way, Wagner says it’s not always a bad thing.

“I’ve had people thank me when they leave—they had different beliefs and weren’t the right fit.”

One of the biggest challenges owners face is giving a generation of new employees a satisfactory work environment while still maintaining their salons’ culture.

Prospective employees are no longer satisfied with 401k plans and profit sharing that they won’t see for another 40 years. They want progress and purpose in their careers. And they want it NOW.

Charles says this can result in growing people too quickly and feeding them too many clients before they are ready.

“They need a longer horizon,” she says.

But with a longer horizon, they need milestones in achievement that are closer together.

“The myth is you will get out of school and make $100K in two years,” Council says. “But it’s going to be five, 10, 15 years before you can hit that goal, and you have to go through the process of being a new stylist first.”

Wagner says at Juut they show new artists their path, including the how and when they can achieve goals.

“Understanding the ‘why’ is really important,” he says. “A river without banks is a puddle, which is why the structure and guidance we provide is the key to their success.”

At Van Michael Salons, a chart is provided for stylists to understand how and when they will make the salary they desire.

“The chart shows a salary amount based on how much a stylist charges for a cut (or color),” Council explains. “They can see exactly what they need to do to get that six-figure salary.”

Many stylists in their first job are just barely out of high school. They know very little about salaries, career paths and finances in general.

Helping them understand success will not come overnight is part of an owner’s job, as well as outlining the steps they need to take to get that success.

“People need to say ‘yes’ to everything in the beginning of their careers,” Council says.

Wagner agrees: “It’s the incremental things that add up. Success leaves clues as to what to do and why we’re doing it.”

WORDS TO LIVE BY:

Council, Wagner, Charles and Penzone have faced a variety of challenges and successes in their careers as salon owners. But one thing they all have in common is their work ethic and willingness to keep going, no matter what the obstacle.

It’s this work ethic they hope to pass on to new stylists as the secret to success.

“In the beginning of my career, I practiced on anyone who would let me,” Penzone says. “It’s so important to never stop practicing.”

Charles, who started working when she was only 12, never remembers a time when she wasn’t fighting to be the best.

“I opened a two-chair salon while I was still in beauty school,” she says. “And I continue to reinvent my business every year.”

When Council began his career, he worked at one salon for an entire year for free. And then after graduating beauty school, he worked seven days a week until he was able to start his own salon.

“It was then I started really working full time,” he says. “And I made sure I said ‘yes’ to everything.”

Wagner started his career at the salon as a valet guy. And when he eventually owned the business, it was on a shoestring.

“In those days, I could cut my way out of a financial challenge,” he says. “That’s not possible anymore. When you own salons, you have to take yourself out and look at team members, their families, the community—the dynamic changes.”

Council sums it up: “You can’t be afraid to fail. You don’t have to be a lot better than everyone else, just about five percent better in about 50 things. All the little things are important, so put yourself out there and execute.”