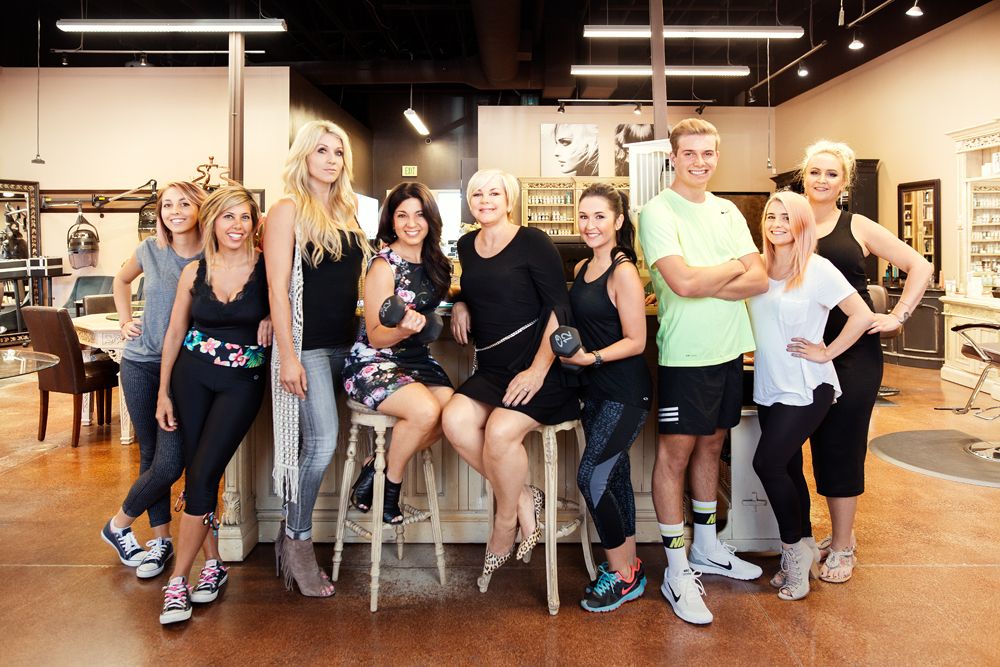 After Donna Huston and Denise Avallone challenged their team at Adaggio for Hair in El Dorado Hills, California, to each embrace three healthy habits of their choice for three months, the salon culture has shifted to one of wellness. 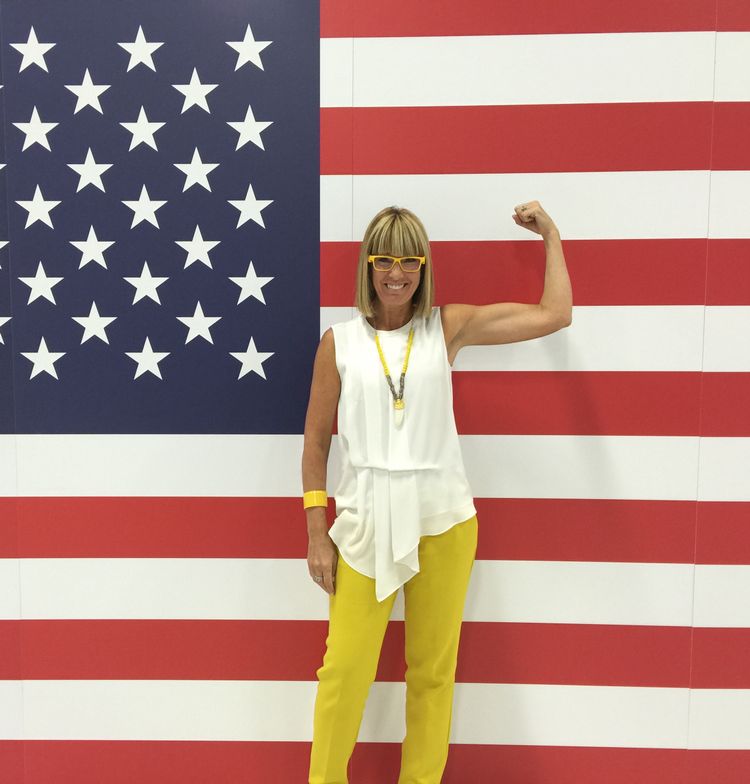 An after-work fitness boot camp on Fridays helps keep Candy Shaw Codner and interested team members at Jamison Shaw Hairdressers in Atlanta strong. "We literally close the door, put our yoga mats on the floor and do a class," she says. 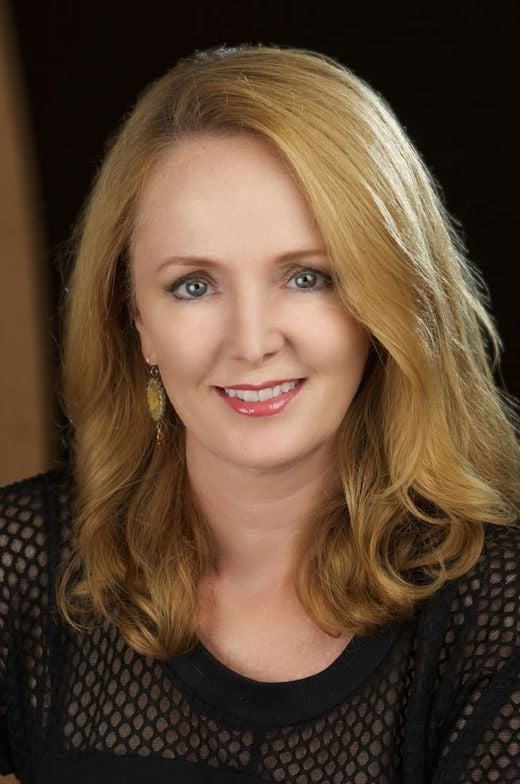 The television show "The Biggest Loser" inspired Mary Swank to invite her team to participate in the 12-week Swanky Slim Down at Simply Swank Salon and Spa in Hudson, Ohio. 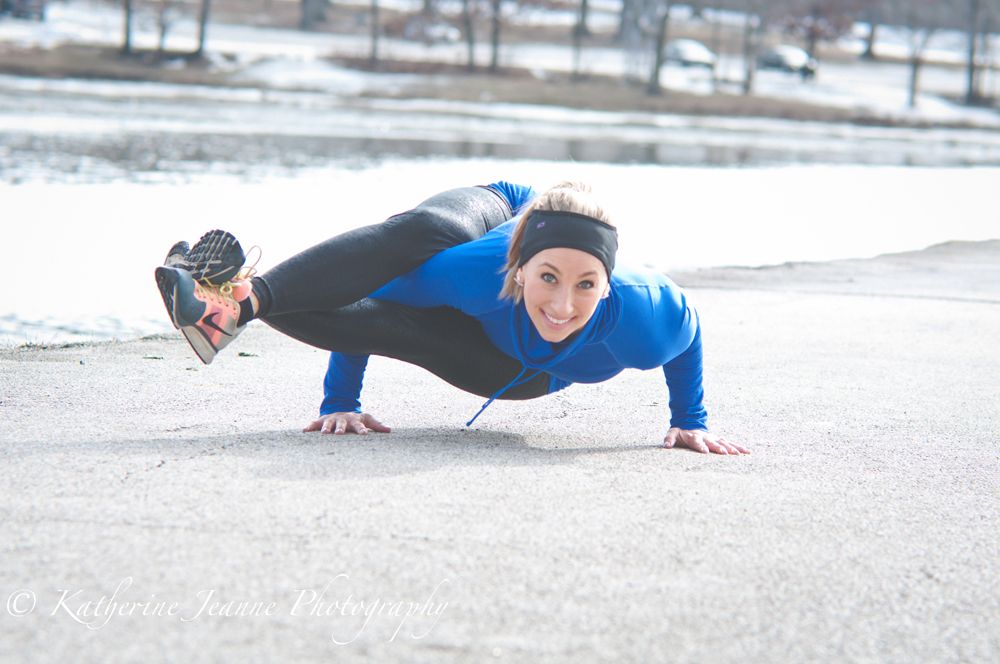 Stylist Lindsay Skalon designed the private Facebook group, "Suck It Up Buttercup" to help colleagues at Zano Salons hold each other fitness accountable, even in the harsh Chicago winter months.
1/4
View all

1/4
Slider
After Donna Huston and Denise Avallone challenged their team at Adaggio for Hair in El Dorado Hills, California, to each embrace three healthy habits of their choice for three months, the salon culture has shifted to one of wellness.

2/4
Slider
An after-work fitness boot camp on Fridays helps keep Candy Shaw Codner and interested team members at Jamison Shaw Hairdressers in Atlanta strong. "We literally close the door, put our yoga mats on the floor and do a class," she says.

3/4
Slider
The television show "The Biggest Loser" inspired Mary Swank to invite her team to participate in the 12-week Swanky Slim Down at Simply Swank Salon and Spa in Hudson, Ohio.

4/4
Slider
Stylist Lindsay Skalon designed the private Facebook group, "Suck It Up Buttercup" to help colleagues at Zano Salons hold each other fitness accountable, even in the harsh Chicago winter months.

Every salon has a culture, whether intended or not. Owners who take control of their culture typically frame it around important themes like teamwork, professionalism, technical mastery and outstanding customer service.

What’s rarer is the salon culture with a focus on health and wellness for the team. Perhaps that’s because a salon leader can more comfortably set standards that fall into the professional bucket than take the risk of trying to shape personal choices.

“I had to be careful, because I didn’t want it to sound like I need everyone to be thin because I’m thin,” Leti Latham says, recalling the team meeting last spring when she introduced a salon-wide wellness program at the 18-station Pure Posh Salon in San Antonio, Texas. “I was turning 40, and to look at me you would have thought I was healthy and fit. But I wasn’t fit. I could get tired just walking up stairs. Then I looked around at our staff. They’re young, but many were not in good shape. I thought, ‘How are they going to be doing this job in 20 years?’ With all of our co-owners in agreement, we launched our Fit Camp.”

Latham brought in trainers who led the staff through weekly workouts and helped them set individual goals. The backroom’s sugary and salty snacks were replaced by fruit, carrot sticks, hummus and protein shakes. Visiting sales reps agreed to gift the staff with only healthy food. Team members began posting their meal pics and progress online with the tag #healthyhairdresser, a MODERN SALON initiative that inspired Latham to take action.

“One of my stylists told me, ‘No other salon would do this—try to get healthy together,’” Latham recalls. “That touched me, because she was speaking from the heart.”

As Latham discovered, a milestone birthday can trigger personal health changes that not only inspire the staff but get the owner thinking about practical ways to facilitate a healthy workday for everyone.

“When I turned 50, I realized that I was closer to the end than the beginning,” says Candy Shaw Codner, owner of Jamison Shaw Hairdressers and Jamison Shaw Academy in Atlanta. Like Latham, Codner maintained a healthy weight but still did not feel fit or flexible. After journaling to identify her weakness—eating snacks out of boredom and habit—Codner gradually changed her eating routine, added yoga, hired a trainer and lost 25 pounds over two years. Her team witnessed the transformation.

“My better habits have trickled down to my entire salon,” Codner reports. “Many of my team members are working out, and we’re all eating healthier.” To ride the wave, Codner brought in a trainer to conduct “boot camp” every Friday in the early evening. The only breaks are during the busy holiday weeks.

“We literally close the door, put our yoga mats on the floor and do a class,” she says. “The workout makes a much better Saturday in the salon.” Stylists who choose to participate pay $10 per session. In addition, every summer the entire team travels to a bed-and-breakfast to have a “Farm Day,” which features a speaker on health, hay rides, bobbing for apples, lots of organic food and zero alcohol.

“It’s the best money I spend for my staff,” Codner says. “We laugh a lot!” It was a coincidence that Mary Swank’s wake-up call rang in as she was approaching “the big 5-0.” A stylist on her team at Simply Swank Salon and Spa in Hudson, Ohio, was reaching the end of a weight-loss journey when she invited the rest of the salon team to join her in a 12-week “Swanky Slim Down” patterned after the “Biggest Loser” TV show (except for more private weigh-ins) and offering a cash prize. Swank thought the group effort would motivate her to keep off the weight while helping the others to improve their health. She wrote a weekly newsletter with nutrition and fitness tips, and each participating team member set an individual goal. Mary Swank’s 16-pound loss wasn’t good enough to win the challenge, but that was fine with her.

“Until I started logging my food, I didn’t realize how much I’d been grazing and how little water I’d been drinking,” she says. “I began carrying a mini lunch bag with a cooler pack, so I’d always have healthy snacks with me. I also bought a Fitbit. Working on my feet as a hairdresser, I’d always considered myself active, but standing isn’t moving. With my Fitbit I do 15,000 steps a day.”

By the time she turned 50, she liked the way her clothes were fitting. When it ended, she continued practicing portion control and took up half-marathons with a group of friends. The benefits continued not just for Swank personally but for the entire salon. Swank reports that the stylists have changed the way they eat, and more of them are active. Even those who didn’t participate in the competition have lost weight, because the culture of the salon changed.

At Zano’s Salons in suburban Chicago, it was one of the stylists who drove the fitness initiative. Lindsay Skalon had been running regularly for seven years but was feeling a little alone in her mission until she launched the Facebook page, “Suck It Up Buttercup.”

“Living in Chicago makes us hibernate all winter, which can lead to a case of seasonal blues,” Skalon says. “When I asked if anybody on staff wanted to ‘suck it up’ and motivate each other to exercise even during the colder months, the response was overwhelming!” The Facebook page helped them document their workouts and stay accountable. Skalon says owner Denise Provenzano has been completely supportive.

“This has been both emotionally and physically gratifying,” Skalon adds. “I love my Zano family!”

At age 53, Donna Huston was facing a weight gain, not a special birthday. The 40 pounds she’d lost nine years earlier were starting to creep back on. Huston decided to bring her staff along on her mission to reverse that trajectory.

“I always want to keep the same people on staff but have them healthier,” explains Huston, who co-own Adagio for Hair in El Dorado Hills, California, with Denise Avallone. “I wanted all team members to have a safe way of saying, ‘I’m really struggling’ so that we could surround them. That’s in our values—all for one and one for all. If you don’t help support your teammate, you don’t belong here.”

A brainstorming session with the Adagio owners and six stylists resulted in a three-month competition challenging team members to incorporate any three healthy habits of their choice. They were witnesses for each other and also texted and shared photos. Reaching their goals qualified them to enter a drawing for gift cards to Dick’s Sporting Goods.

With a new mindset and healthier options than the “sweet treats” they used to have at the salon, the team is able to focus on enjoying life and having fun, Huston reports now that the summertime competition has ended.

Recently, Leah Laird, one of the stylists in the salon that Huston describes as the most healthy worked with her own individual trainer to develop a 30-day regime for the rest of the salon that includes a low-carb diet plan, 45 minutes of walking a day and a weekly weigh in. “I won’t lie, it’s challenging, especially when the salon gets busy, but we’re doing it,” Huston says.

“Our culture has changed. There’s more positivity, and we’ve strengthened our camaraderie. But what do hairdressers love to do? We love to do our craft and drink and socialize! Still, overall our team members are drinking less alcohol, hydrating more with water, exercising more and eating so much less fast food. They’re sleeping better, so they’re coming in more rested. They feel better about themselves, and this shift has everyone acting happier.”

To offer tangible salon-wide support, Huston invested in mats for each of the 15 stations and provides instructions in how to hold the body to minimize the risk of strain and injury. Cuttings stools are common, too.

“I’m trying to build a legacy salon here,” Huston concludes. “I would love to say that I made our team members healthier.”

For more information about developing health and wellness in the salon, visit Healthy Hairdresser.