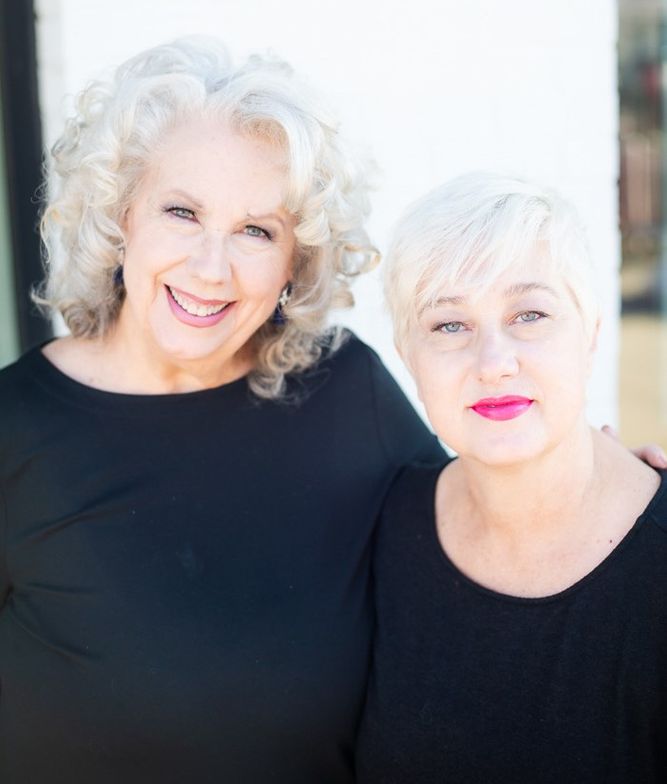 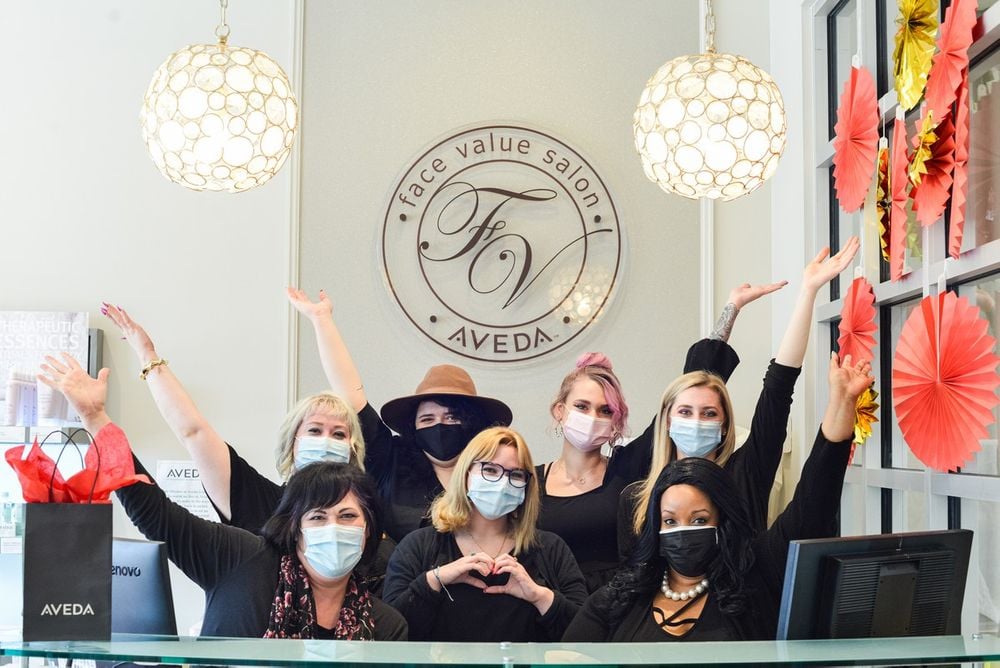 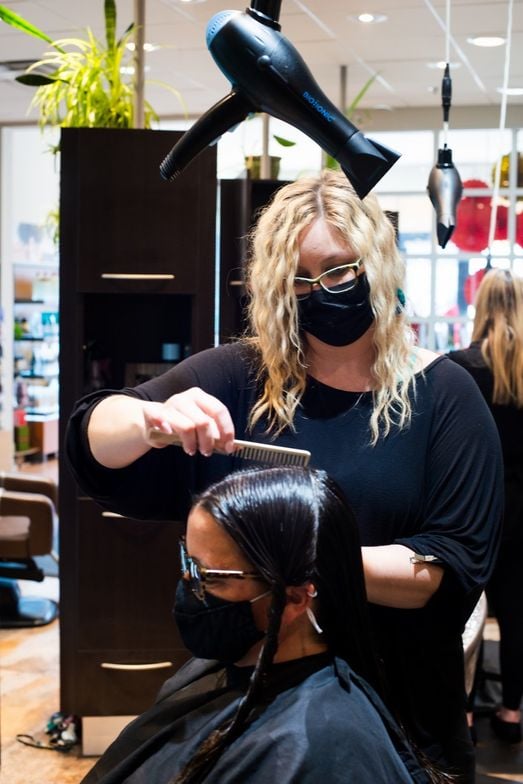 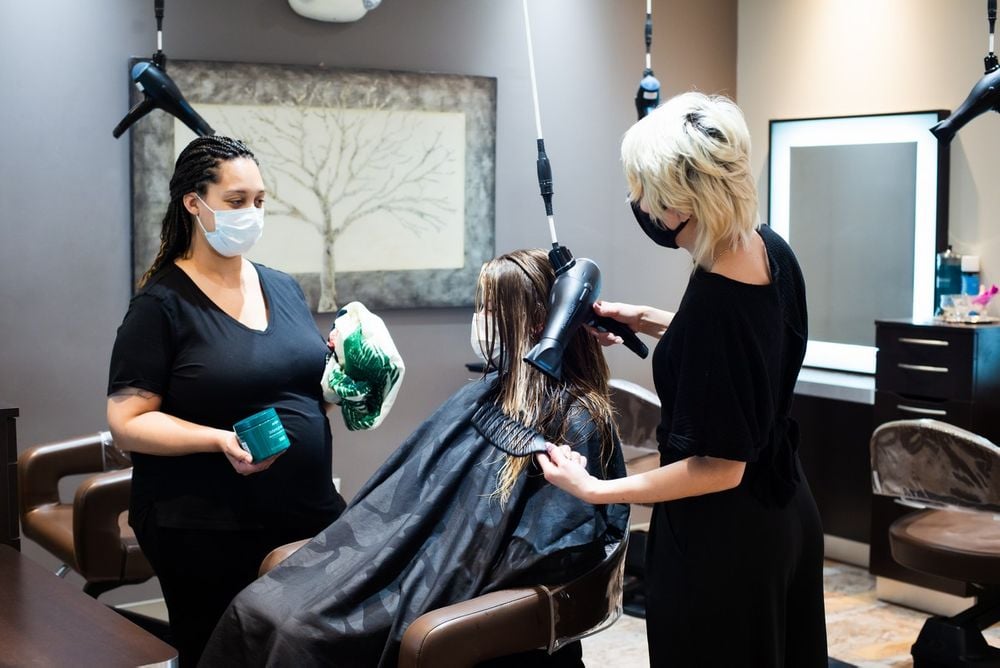 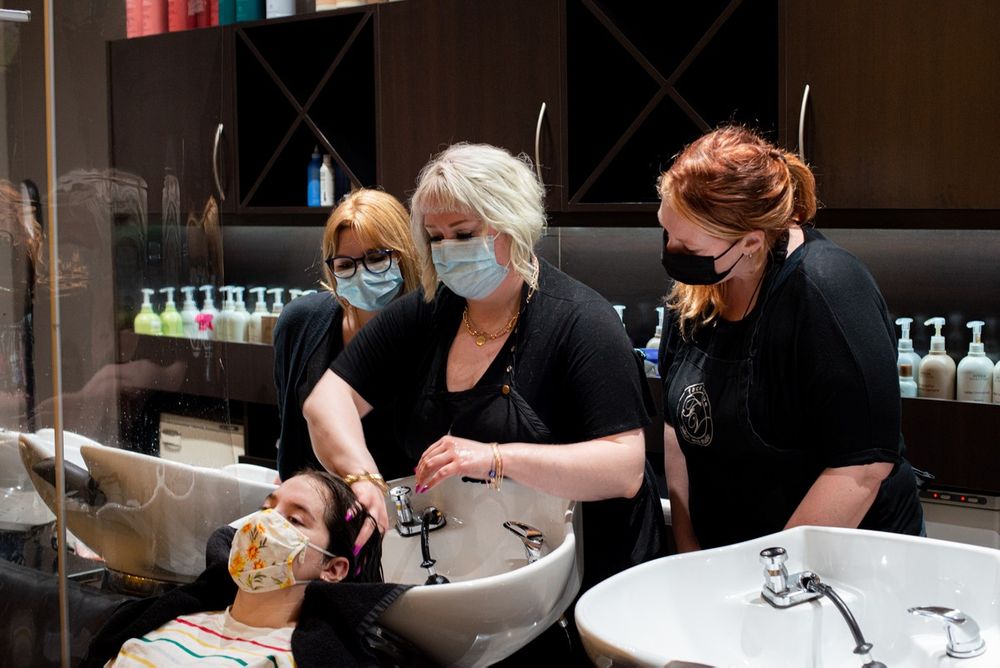 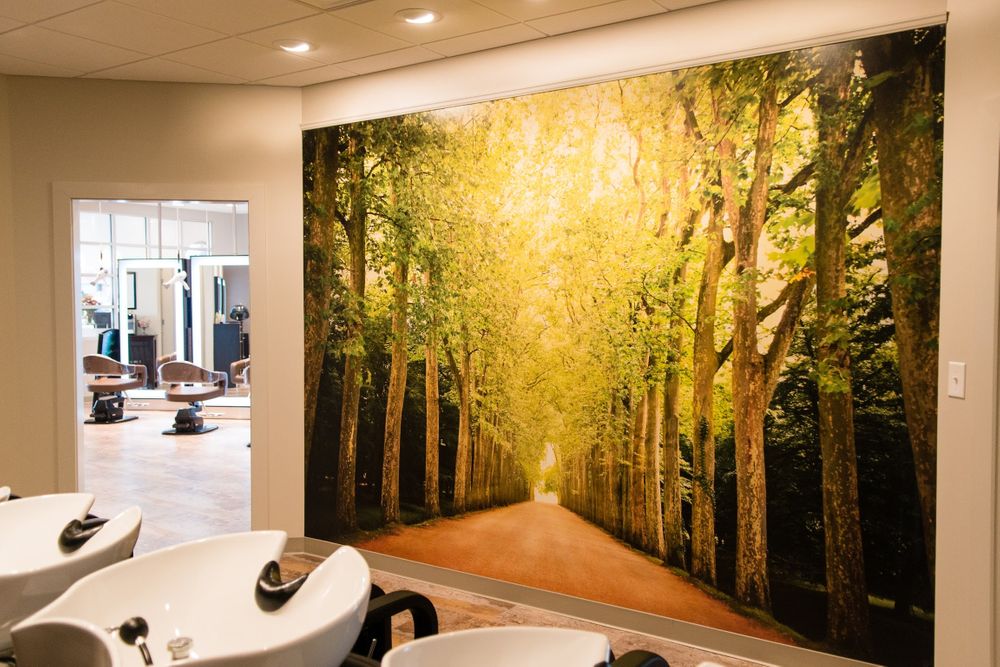 In 2015 Lisa Stafford Gladwell was married, living in L.A., and working in the publishing industry. Today she’s an unmarried salon owner in Charlottesville, Virginia. The shift, while seismic, landed Gladwell in a comfortable spot, but only after she cleared high hurdles with her powerhouse combo of courage, confidence, optimism, and steely determination.

By the time Gladwell came home to manage Face Value, the Aveda Lifestyle salon owned by her mother and stepfather, Lucinda and David Riley, she’d held a lot of jobs. Her experience ranged from running an upscale private cigar club—The Keep at Davidoff’s on Rodeo Drive in Beverly Hills—to working in a photography gallery and her most recent post as a Los Angeles book editor. So Gladwell was accustomed to change, and she fashioned her new salon journey as a gradual change, shadowing her mother to learn the beauty business from the bottom up before taking a management role at one of the two locations. The plan was for the Rileys to eventually pass ownership of the salon to Gladwell. Then eventually turned into suddenly.

“Covid hit, and our top three producers left to work in a suite environment,” Gladwell recalls. “Right after that, my stepdad had some health problems.”

During the lockdown, followed by a reopening of only half the salon as required by the state, the owners continued to pay a high rent. As David Riley attended to his own health battle, the stress became too much. When the opportunity was presented to get out of the lease with just a penalty, Riley wanted to take it. But that meant the salon would close. Gladwell offered an alternative plan.

Seeing that nothing would dissuade Gladwell from giving this a shot, Lucinda and David turned the reins over to what they knew were Gladwell’s capable hands. They also knew that the thread running through each chapter of Gladwell’s varied work history was a focus on storytelling. Salon ownership was no different.

“I’ve worked in different places, but I’ve been doing the same thing—connecting talent with an audience,” Gladwell explains. “Selling services, selling products, selling the experience—I saw the storytelling at the salon. I wanted to support my family in keeping the business, and I trusted the value of what I saw. It was the legacy of the business and our position in the community. It was the narrative of connecting with the clients, showing them that they can be the star of their own life. Every season, there’s something we can suggest for you. We’re using expensive products, and in the chair you’re getting a full luxury experience. Or just buy one small thing to experience the glamour.”

The salon’s origin is a story in itself. A former Wilhelmina model, Lucinda Riley wanted to purchase professional-grade beauty products. Since that required a license, at age 60 she entered her local high school’s tech program, where she got to know young people aspiring to be hairdressers. She learned about how hard it was to accumulate income and get credit while starting out and building a clientele. And, like the young students, she had to get her hours in to qualify for a license.

“In a flash of inspiration, my mother opened Face Value to provide a safe haven for talented professionals to prosper,” Lisa says. “She made a deal for space at her neighborhood shopping center. Mom was a glamorous older lady, and her husband was on the neighborhood board. It was a natural match. They were successful and soon opened a second location.”

While Gladwell is proud of those roots, she’s been putting her own stamp on the Face Value culture.

“We can be a teaching salon that’s setting standards based on history, practice, expertise—real things that are teachable and repeatable,” she says. “Face Value had always been known for observing strict cleaning protocols, but since Covid we have worked to set safety and sanitation standards that also provide public guidance. We can be a leader for the many salons in our community struggling to balance safety concerns with financial realities. The support of the Aveda network has been an invaluable asset, giving us access to information at the highest levels of excellence.”

Gladwell has hired enough new staffers to more than replace the stylists who left. The team showed their appreciation for the new owner by throwing her a surprise barbecue for her birthday. They see that she’s their biggest promoter, giving them multiple avenues for growth.

“Having me as the owner is like having a sports manager who wants to see the stars shine,” Gladwell observes. “If the stylists top out at the highest price range, they can get more into education or management. Those who want to do their best hair can keep doing that and jump in when another team member needs a little support or mentoring.”

Without the day-to-day pressure, Lucinda and David Riley now can enjoy their legacy from an easier vantage point.

“I don’t think they even saw how extraordinary what they created became and how important it is to the community,” Gladwell says. “The salon is an amazing vehicle to connect people to community events. It’s like Christmas lights just lying on the ground. I can plug them in. I can make a living while doing what I love—control the storytelling and curate the tales of the people in the town.”