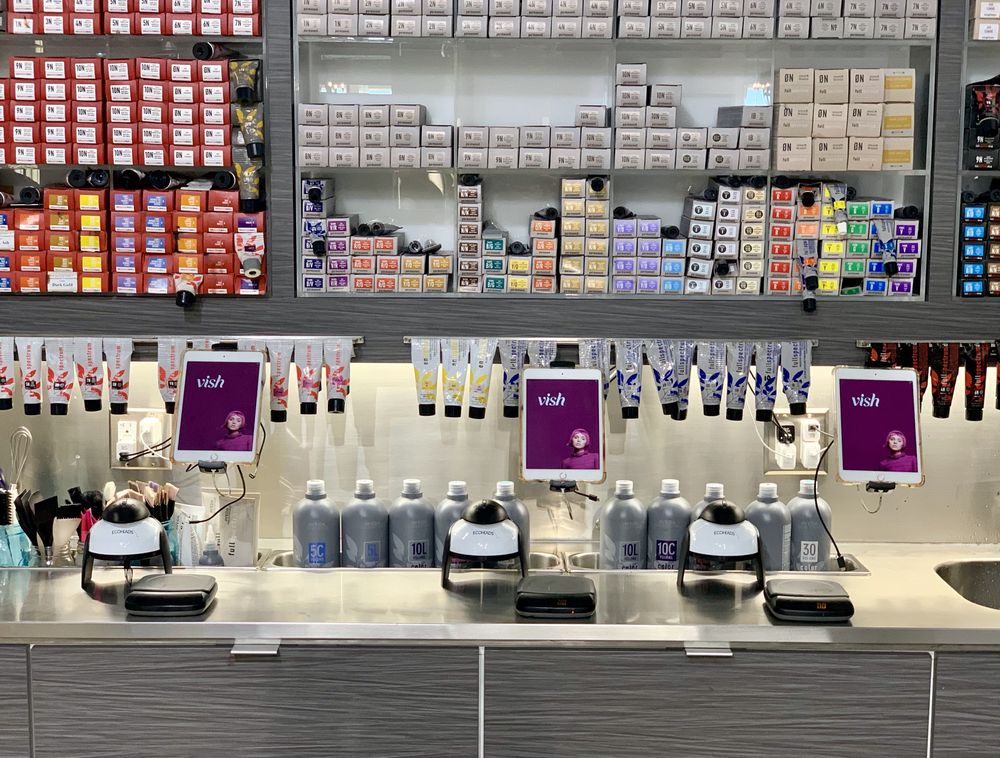 A salon's color room setup with Vish and Ping.

A salon's color room setup with Vish and Ping.

The launch of a data-fueled color management app has provided irrefutable proof that the ECOHEADS Ping shaves hundreds of dollars off the cost of color for salons and stylists every month. Data already collected by the recently arrived Vish app, which weighs, records and remembers client color mixes, then advises on future quantities, has revealed that when stylists see how much they waste, they start being more mindful. But it also shows that when using The Ping, ECOHEADS’ color mixer, and Vish together, they save as much as 29% of color every application.

Nadia Duncan, owner of Posh Salon in Williamsburg, VA was one of the first Beta testers for Vish and quickly became one its biggest advocate. Vish manages color formulas efficiently and sustainably, reducing costs and waste. More than 200 salons have already downloaded the app with more and more discovering its value each week.

“Every stylist thinks mixing up too much color is better for the client than running out halfway through an application, but this leads to a lot of waste – of profits and product,” says Duncan. ‘It’s much better to know exactly how much you will need before you start so you don’t run out or end up with a lot of wasted product. Even if you are the type of stylist that adapts your service every time, Vish gives you an accurate benchmark, specific to the client.”

The match-up of ECOHEADS, with its industry-leading color mixer, and Vish, with its innovative color management system, was almost too obvious when the two met up. And curiosity on both sides instantly piqued – what would happen if a salon deployed both professional tools?

“We know The Ping saves huge amounts of color; that’s one of the many reasons it was created – to reduce the amount of color needed to create beautiful results,” said Valorie Tate of Sustain Beauty Co, the company that launched and manages ECOHEADS in North America. “While the savings are obvious to the naked eye after even just one service, it has been amazing to see the exact amounts in Vish.”

The brilliance of the Vish app is that it records and organizes all formulas and then updates directly to the guest’s profile. All formulas are weighed on a Bluetooth scale, provided as part of the package, before and after application. Vish then intelligently refines formulas based on previous waste and recalculates formulas to exact amounts. It has the ability to mark favorites and recreate the formula exactly how it was originally created. Bring The Ping into the mix and the original amount reduces further due to smooth texture and improved consistency, making the color easier to apply.

“Vish makes color waste quantifiable and undeniable. It’s no longer just the unknowable dregs in the bottom of a bowl, but actual waste – of product and profits knowingly going down the drain,” said Joshua Howard of Vish. “A stylist using Vish and The Ping will slash product waste, helping protect the environment while maximizing profits.”