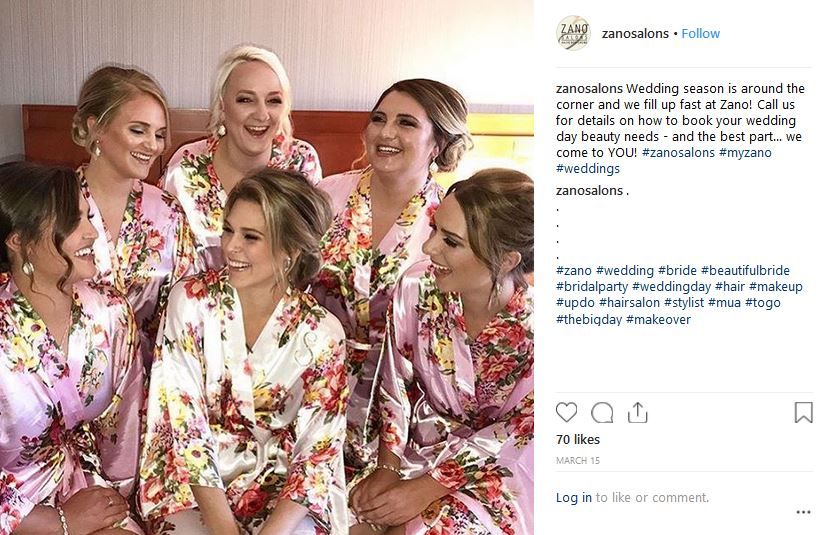 Marketing is a salon’s way of telling its story in order to attract new clients and encourage existing ones to try different services from the menu. The ways salons leverage marketing to tell those stories is expanding every year, as owners sample newer vehicles like community videos, influencer programs and social media, along with more traditional methods.

Here is the winner of the best Multilocation Campaign in SALON TODAY's STAMP competition.

Zano Salons
Naperville, Illinois
Owners: Denise, Nick and Sam Provenzano
With four locations, Zano Salons has a large guest base, but Nick Provenzano didn’t feel the salon was capturing as much bridal business as it should. Last year, he began monitoring the bridal inquiries and learned that 95% of brides were looking for the salon to travel to them.

After months of research, Zano launched Bridal to Go. One staffer handles all bridal bookings, coordinating staff and upselling services before and after the wedding day.

“We realized in our old model, staff were taking bridemaid’s appointments at 8 a.m., and sometimes that would be eight techs at a time because each guest wanted to be in the salon the least amount possible,” Nick Provenzano says. “Often, stylists who were not experts in formal styling would have to do updos. Now, we can send two to three stylists to the wedding location, and it’s a lot more relaxed and easier to adapt if someone is running late.”

The salon charges a travel fee and auto gratuity, all of which goes to the staff members.“Because a lot of senior staff , who typically are off on Saturday, want to do this, it’s in essence additional revenue because we aren’t pulling staff from our Saturday business,” Provenzano says.