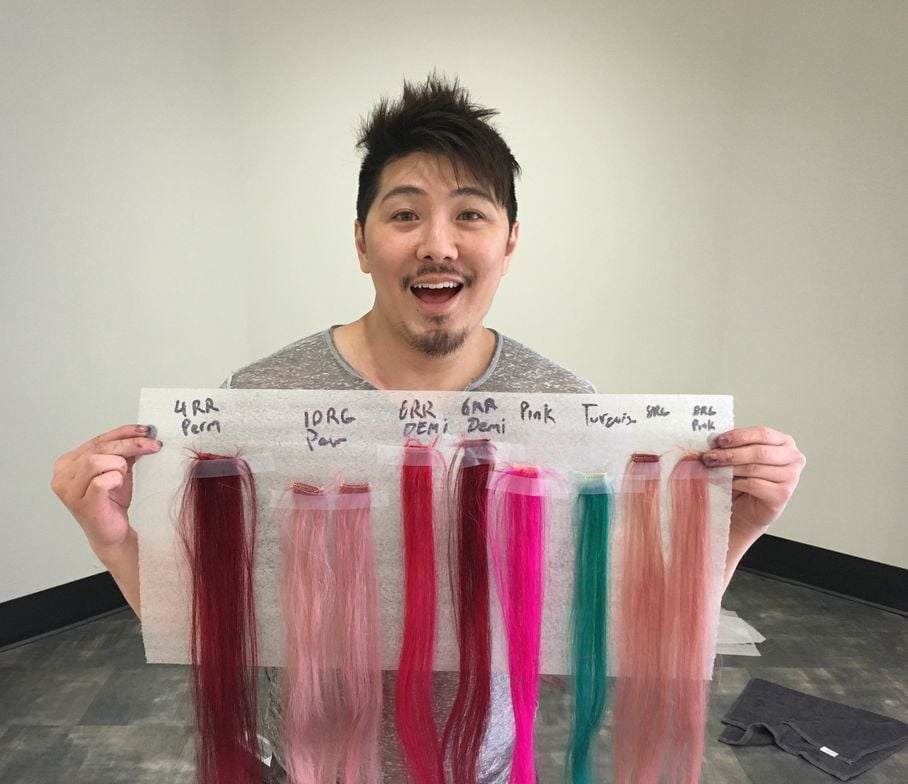 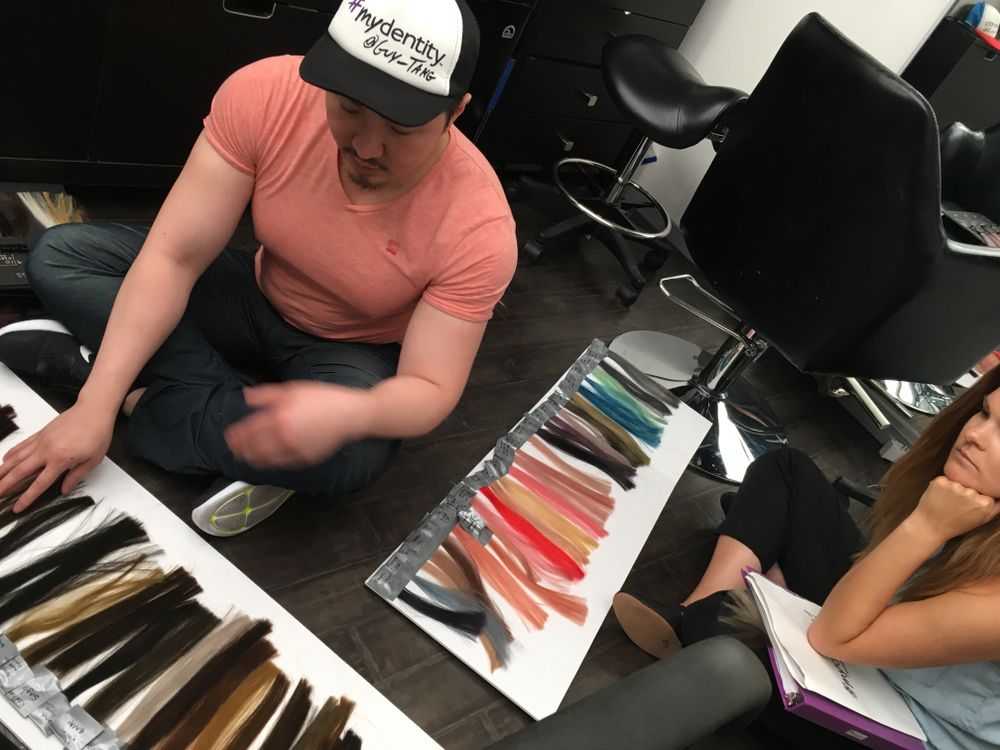 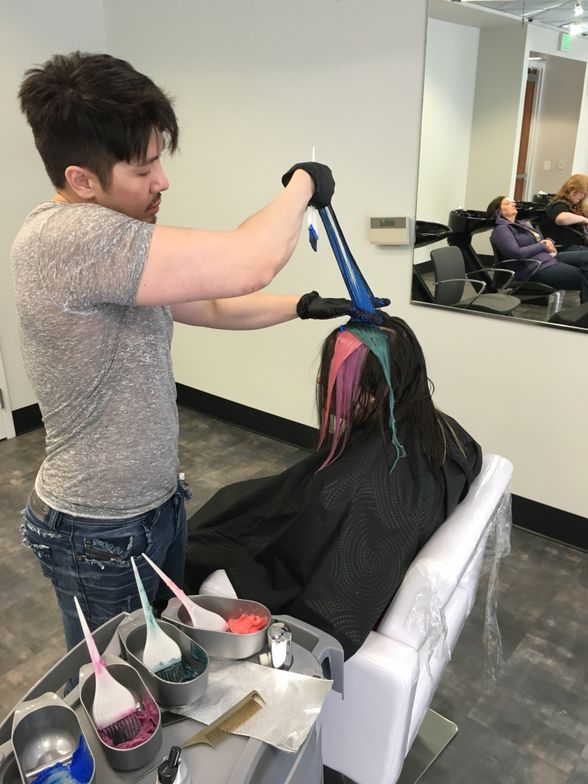 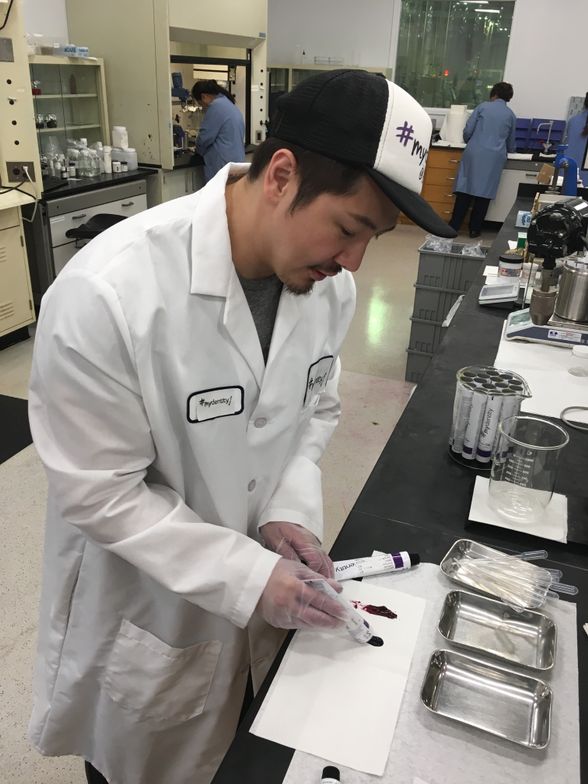 Guy Tang in the lab! 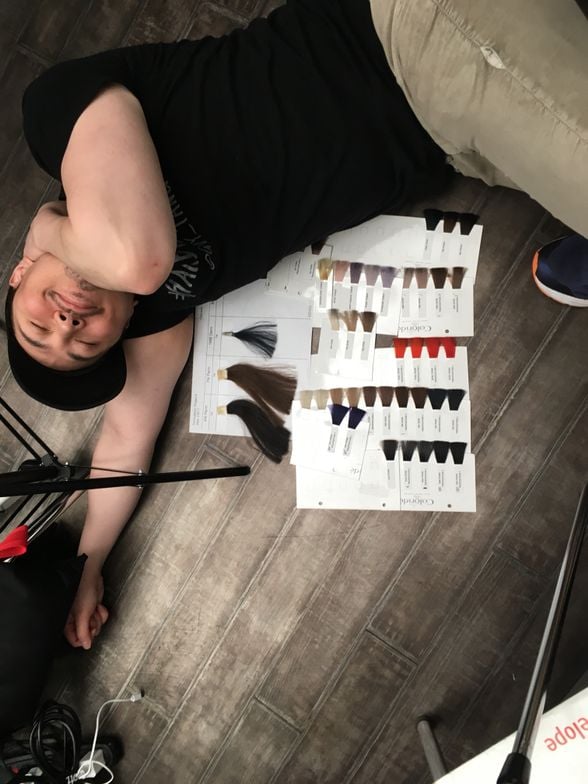 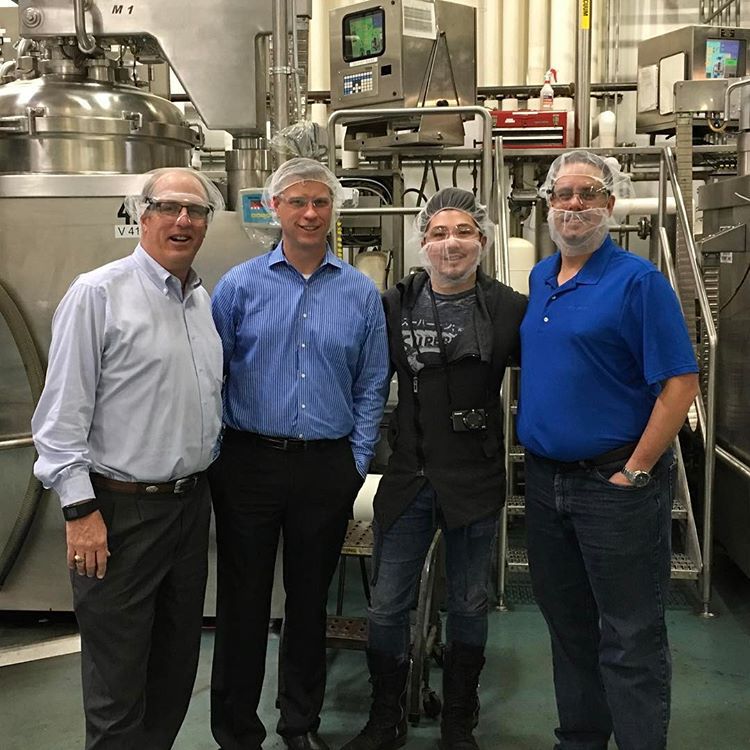 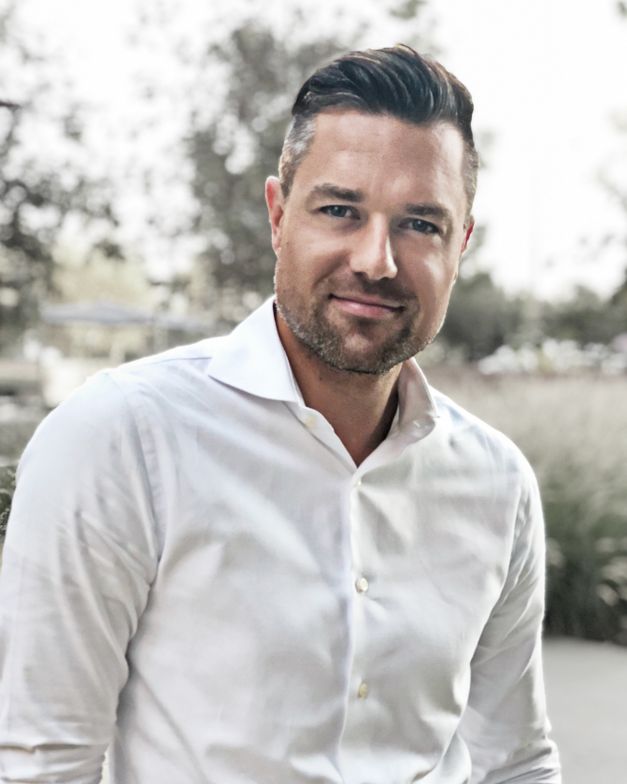 Tang, a social media icon and hair artist, first and foremost, has been inspiring his community of #hairbesties with beautiful, unique looks for years. It seemed a natural progression for Tang to create a line that embodied his passion for hair and the needs of the #hairbestie community he interacts with daily. Schaeffler shares how he and his team were able to bring Tang’s vision to life and how they continue to create for a community of committed colorists.

MODERN SALON: Can you share a bit about the genesis of the brand and who started the conversation about the collaboration?

Robert Schaeffler: This was such an organic process; the idea was already out there and we just needed to discover it. Three and a half years ago, we started thinking about how Kenra, a brand known for high-quality products, lacked a bit of excitement and focus on social media. As I was talking with stylists across the country about our products, Guy’s name kept popping up. He had been educating and inspiring stylist through his outstanding YouTube videos and in some he was using Kenra color. The response to his videos was unlike anything I had seen: stylists were drawn to the candid, relatable education he was posting. They are watching his videos at night and trying out his technique the next day.

We said if this leader in our industry already loves the Kenra brand, plus he’s extremely talented, funny, and entertaining, why don’t we take our organic friendship to the level of a partnership? At the time, he was in love with the Kenra Color Silver Metallics and he used them all the time. The breakthrough for us was to put his endorsement directly on the color boxes. This was our first collaboration, @Guy_Tang’s #MetallicObsession, a hashtag that ended up getting more than one billion views and kick-started the entire metallic trend.

It gave us our first taste of how social media impacted not just sales but how stylists perceived the brand overall. As we watched the success from this collaboration, we also watched the changes happening in our industry, from booth renting to online shopping to social media trends dominating. When we put these pieces together, I realized that it would be a natural evolution for such a talented colorist and social media savant to create his own color line: a line born online and fueled by social media, a brand for the new generation of stylists out there who crave a line built around their own online community.

MS: You introduced your thinking to Guy in a very unique way—can you describe that?

RS: We had a conference room booked in Hollywood, near his home, decorated with all the things we know inspires him and which he loves— comic book heroes, fashion icons, music superstars. We weren’t going to pitch him with spreadsheets and PowerPoints. We wanted to just run the idea by him and get him excited about it, while also making him see that we recognize him as a true artist; it was not about throwing his name on a product line, it was about creating the product of his dreams. When Guy walked in, we didn’t need to pitch him, because it turned out, this had already been his idea and dream all along.

MS: What was the most important thing, from Guy Tang’s perspective, that you needed to get ‘right’ for this to feel like his dream was realized?

RS: Performance, performance, performance. His personal line had to be the absolute best. The only way he would put his name behind this is if he was involved in every single aspect. He swatched 80 different rose golds until he found the exact tone he liked. To this day, the development of every new shade is an intense process and he will not stop until it is absolutely perfect.

MS: With the tremendous success of #mydentity, how is Guy connected to the brand?

RS: It’s his brand. Guy is a perfectionist in every aspect. He is still the one in the lab, designing marketing campaigns, approving packaging designs and talking with #hairbesties on social media. Often people don’t believe it is him. But he is the one late at night answering posts and sharing formulation tips. This ties back to stylists wanting a community and someone who mentors and gives them genuine guidance—Guy does that. From the beginning, he has been sharing all his formulas and creating a community of people who want education, inspiration and support one another. He wants to unite and not divide.

MS: When you were ready to launch #mydentity, how did you roll it out?

RS: Guy wanted to do this launch differently: not a six-month tease, but a “drop,” as we like to say, a Beyoncé drop. So, we prepared to surprise his community with a secret event for the top 100 #hairbesties. On a Sunday night in Hollywood, in front of his biggest supporters, he stood up onstage and said, I wanted to create something for all of us, our community, and with the music pumping, he brought out models with #mydentity color… and rest is history.

The reaction on social media from around the world was insane— stylists from Dubai, Norway, Malaysia, South Africa— all asking for the product.

Today, when we take him to some countries, we hire extra security because people are trying to rush the stage to take a selfie with him. Guy’s character and his style transcend borders. He is as big in Europe and Asia as he is in the US.

Guy has traveled to 30 countries this year. He never wants to just launch the product; he wants to personally explain all aspects of the line and how it is can be tailored to the local hair type.

Guy continues to do his #hairbesties events which are hands-on trainings with him teaching live. That’s what’s special about him: he is not above getting his hands dirty. He is on eye level with his besties, dancing to Mariah Carey and having fun with it.

MS: How is this informing everything else you do with Kenra and also with Sexy Hair?

RS: It has really opened our eyes and became the turning point for how we approach product development, marketing and education. We now have a proven model that shows there’s a new generation of stylists out there that demand a different approach to communication. We are infusing these learnings into all of our brands.

With Sexy Hair, I’m looking to reenergize the brand, emphasize its authenticity, and get it back to being a disruptive force in the industry.