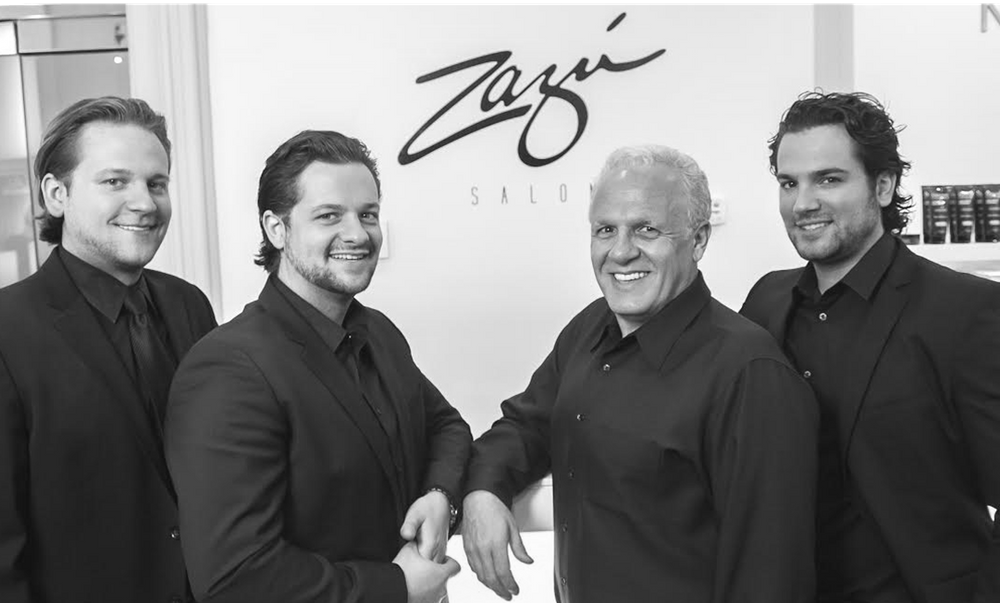 Anthony Segretto has heard from all the skeptics. In fact, he welcomes questions from clients about his salon’s new program as a way to educate them on all of its benefits.

As the manager of Zazu Exchange in Naperville, Illinois, Segretto saw his salon’s retail business struggling to compete with the big box stores that moved to town. His solution? A completely redesigned salon space and the introduction of a new program that rewards clients with free beauty services for retail products they purchase.

Here’s how it works: Any purchase made at the Zazu Exchange can be used toward a menu of select services. If a client spends $50, he or she is handed a free voucher for a blowout or a brow wax that can be redeemed at any time in the same calendar year. There are five reward tiers, with price levels ranging from as low as $30 all the way to $200.

You’re not the only one who thinks this program sounds a little too good. “Everyone thinks there’s some sort of catch,” Segretto says. “That we’re trying to sell a membership. But it’s actually a way to give back to our customers.”

After seeing a shift in the Naperville landscape, Segretto says he knew his customers were missing a chance to see their loyalty rewarded. He says the program is a great way to make a gift seem a little more extravagant or to treat oneself to a spa day.

A family business, Segretto’s parents first opened Zazu Salon & Day Spa in 1979, and it has since grown to four locations—and a specialty barber shop—throughout the greater Chicago area. But the program is currently offered exclusively at the Naperville location. Over time, Segretto and his parents noticed an increase in clients coming to the salon having already purchased their products. The trio knew they needed a new way to compete but also wanted to ensure it was a solution that the Naperville community, where they have been since 1991, would value.

“In the spirt of my parents’ entrepreneurial background, we are always looking for the next big thing,” Segretto says. “And it could happen anywhere—New York, Europe or the West Coast. But we thought, why wait for something like this to happen? I didn’t want to keep losing retail sales to a $2.50 coupon.”

Part of ensuring the program would be successful meant working with the salon’s staff to come up with the best solutions and situations for everyone. The staff is performing the services from the vouchers for free, so Segretto felt their input and positive attitudes were key.

“We have a very special staff—they’re great people," he says. "Some of our stylists charge upward of $80 to $90 for a haircut, so to turn around and ask them to provide certain services for free took ingenuity. We held meetings to address their questions, and they had great points. It really showed the best of them, and this is a great way for them to build their clientele and their clientele's loyalty.”

After about 18 months of planning, Zazu Exchange made its debut at the end of September 2017. So far, Segretto says he’s noticed a big impact not only in terms of revenue but also in happy and new customers.

“Right now, we’re about 300 percent over in retail sales than we were last year at this point,” he says. “And in service dollars, we’re seeing about a 20 percent increase.”

The program, which is limited to one voucher per day, has given customers more of a motivation to come back, and when they do, they bring their friends. Segretto says he’s also seen an increase in large parties booking the salon for events.

“We had one company come in January with 75 guests for a blowout party,” he says. “Of the 75 who attended, 43 have already come back.”

The program is still new, so only time will tell of its success. Segretto says exciting things for the program are coming. Currently, Zazu Exchange is partnered with NYX, a cosmetics provider. NYX came to Zazu looking to break into the salon part of the beauty industry. Zazu Exchange is the first salon in the U.S. to partner with NYX.

In the end, Segretto says he hopes the program is a catalyst for change in the industry.

“I know it’s only happening in one salon right now,” he says. “But this could be the future. We see this as a risk but also an opportunity that not a lot of salons would do. This is the Midwestern twist for loyalty—it’s not a gimmick. We want to show customers that if they show us loyalty by buying their products here then we’ll reward them with services.”