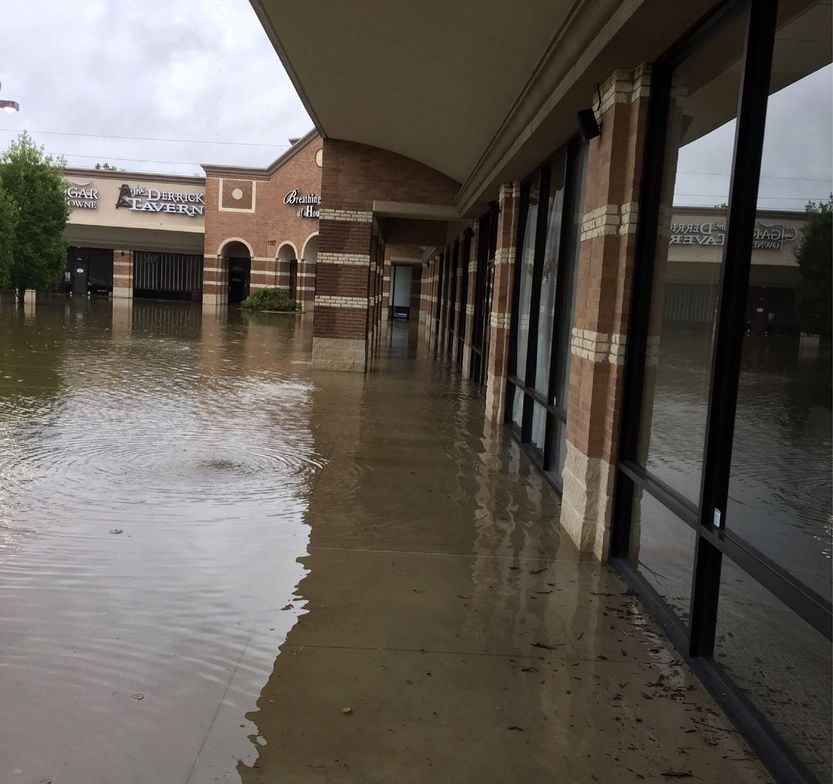 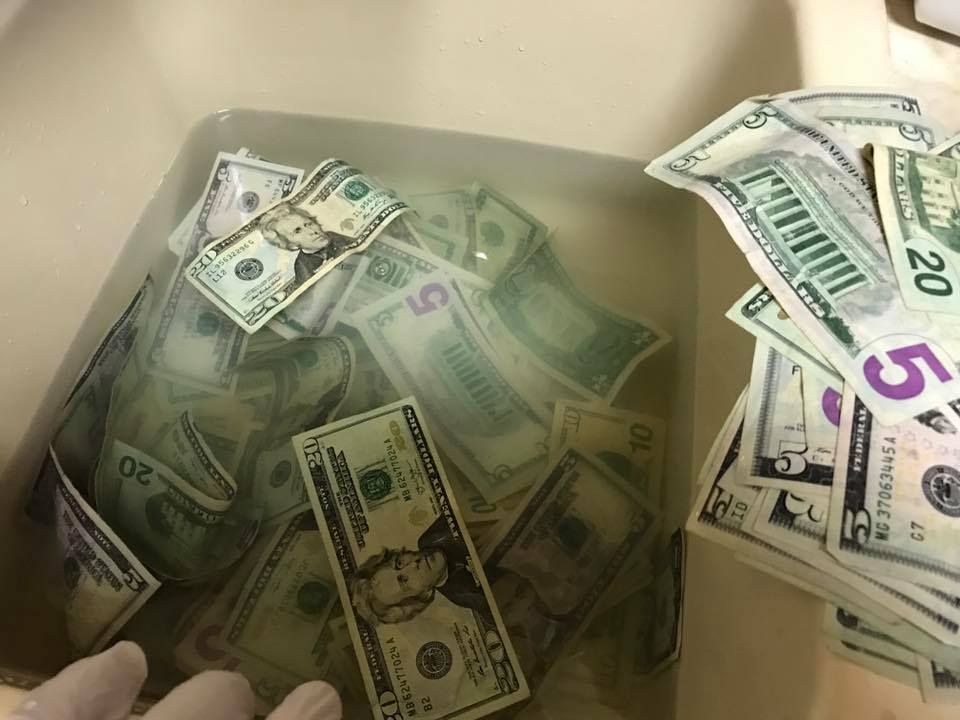 Everything that could be salvaged from the flood needed to be cleaned, including the cash from the register. 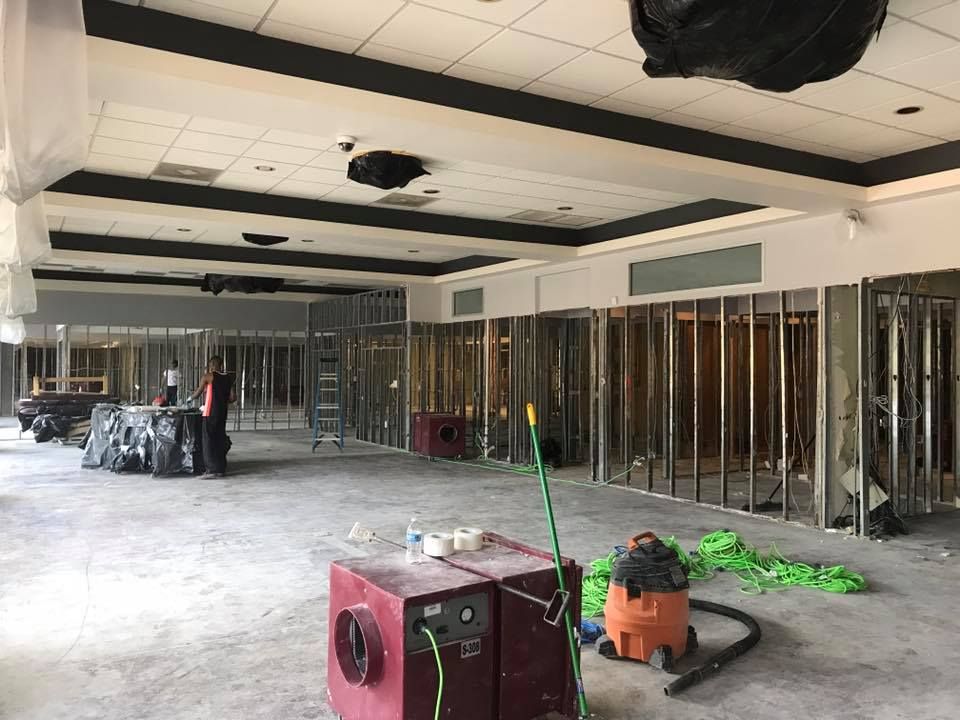 After the water clears, the flagship salon is gutted in preparation for the rebuild. 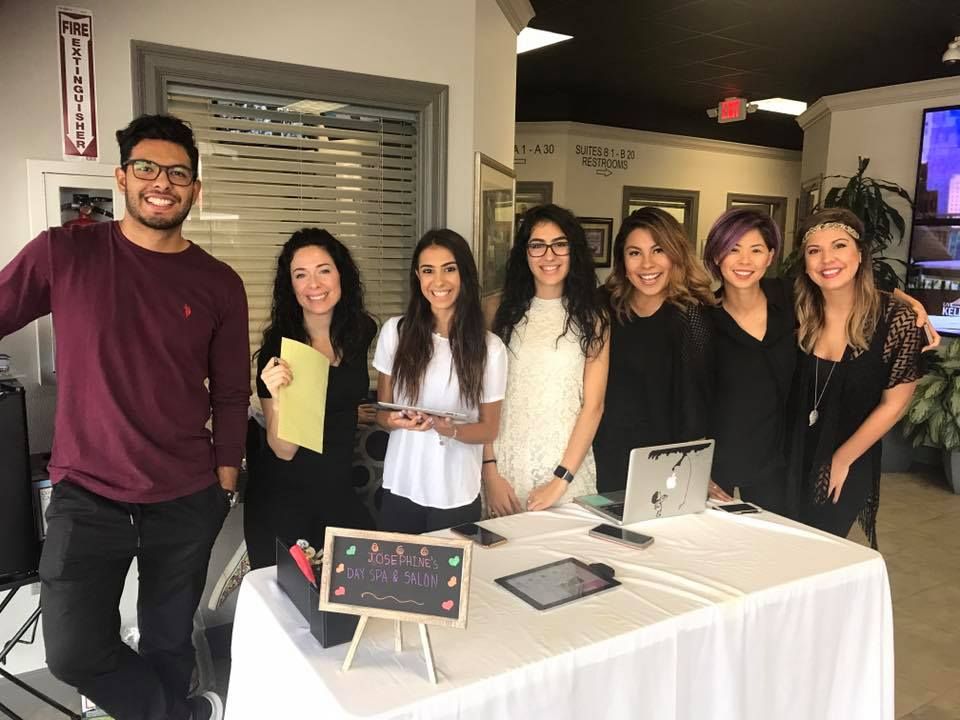 The Josephine’s team sets up a temporary salon to continue seeing clients while repairs are made to two of the locations. 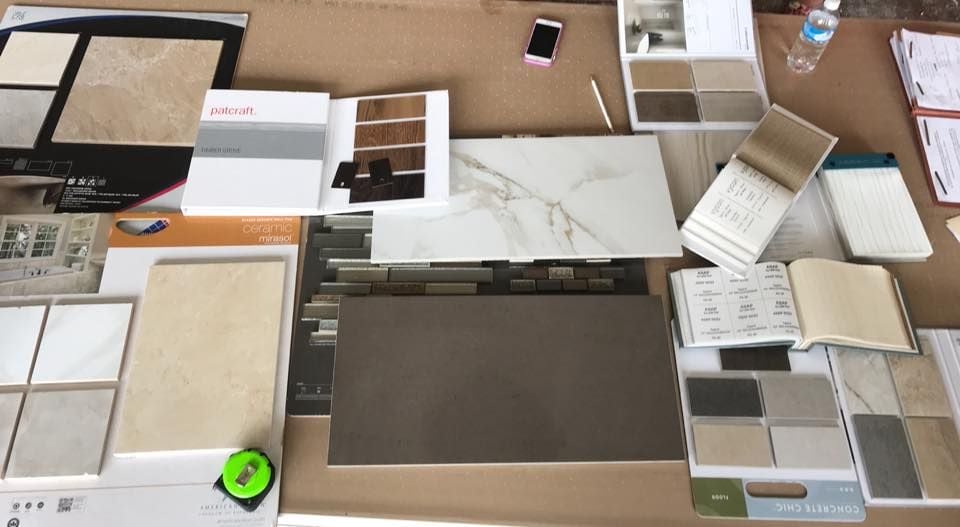 Vivian Yeh reviews swatches for in preparation for the rebuild.
1/5
View all

2/5
Slider
Everything that could be salvaged from the flood needed to be cleaned, including the cash from the register.

After the water clears, the flagship salon is gutted in preparation for the rebuild.

4/5
Slider
The Josephine’s team sets up a temporary salon to continue seeing clients while repairs are made to two of the locations.

5/5
Slider
Vivian Yeh reviews swatches for in preparation for the rebuild.

Her home was intact and her three salon locations were also fine, with only minimal water in her smallest location (900 square feet, five employees) in Rice Village. There was only two inches of water, and Yeh figured she could just go mop the floor, get rid of a few damaged items and be fine.

Unfortunately, it wasn’t that easy. Because of mold, full construction to replace the floors and repair walls is necessary, requiring Yeh to close until the work is completed. And with the whole city of Houston needing repair, it could be a while.

While not ideal, Yeh was able to cope because her largest location in Eldridge (5,600 square feet, 52 employees) emerged from Harvey unscathed. Or so she thought.

“We had no water accumulation in the salon when Harvey was over,” she says. “But we’re close to a reservoir and the bayou. When the city engineer came out to evaluate the reservoir, they decided they needed to do a controlled release of water from the dam.”

The release was done at 2 a.m. When Yeh woke up on Wednesday, she was told there was about two feet of water at the shopping plaza where her salon is located. The ‘controlled release’ was no longer controllable. Water was released for over a week, and thigh-high water sat in Josephine’s for 10 days. Nobody could access the shopping plaza as the bayou was overflowing and it was taking days to get the water back out into the channel.

Yeh felt helpless and hopeless as she stood by, unable to stop the destruction of the business she worked so hard to build.

Taking Action
Given her salon was not in a flood zone, Yeh did not have flood insurance. But she still filed claims as she began to weigh her options.With the help of her sister, a stylist, and brother-in-law, she began looking for other salons or spaces where she could rent chairs for her stylists to go back to work.

A salon in nearby Katy had a couple of chairs she could rent, but she really hit the jackpot when she located a salon suite just one block away from Josephine’s that was undamaged.The owners didn’t require her to sign a contract, instead allowing her to lease four rooms on a weekly basis.

“And they let me put two stylists per room,” Yeh says. “They’re open seven days a week, so we can be in there every day and double shift.”

She signed the contract on a Thursday afternoon, contacted her stylists on Friday and they were able to start working on Saturday after moving some backbar items in from the other Josephine’s locations.

“I had seven stylists go to work that day,” Yeh says. “Then three more rooms became available and we took those. We’re renting a total of seven rooms—one for spa, one for color and five for stylists.”

Yeh was able to give 80 percent of her staff 90 percent of their schedule almost immediately. However, client cancellation remained a problem due to clients’ own hardships and difficulties getting around the city.
Another resource Yeh was able to tap into to mobilize quickly was her home. An office located in her personal home was set up with work stations for accounts payable, HR and an office manager, allowing them to create a schedule and contact clients.

“We spent two days on the phone letting customers know where they were being rescheduled,” she says. “I had my SalonBiz app and could forward the salon lines to my home office number. We also used texting and e-mail—anything to keep in communication.”

Helping Hands
Even with many of her stylists back at work, Yeh’s problems were far from over. In fact, she has barely scratched the surface of solving many of the issues she faces—to say she’s overwhelmed would be a massive understatement.

But when Yeh’s future looked its bleakest, the beauty industry did what it does best—helped one of their own.
One of the first calls Yeh made was to Neill Corporation, her distributor. She spoke with Edwin Neill, who was able to give her some advice on next steps as well as ship out stylist kits (shears, blow driers, round brushes, etc.) he put together with the help of R Session and other companies who donated 22 pairs of shears at no charge.

At the time, Yeh had a staff member who was in Dallas. Neill allowed the stylist to go to the Dallas Aveda Institute and raid the color bar to get Josephine’s colorists up and running with a color inventory.

“Edwin even offered me a construction crew with materials to help rebuild,” she says. “It turns out my landlord is responsible for that, but when I got that phone call from Edwin, I just broke down. I couldn’t stop crying because it was the first time I felt a sense of relief and that I was going to be OK.”

SalonBiz Salon Software sent Yeh two iPads and a credit card swipe so she could book appointments and process tickets at her temporary locations, and Neill Corporation is providing new retail fixtures at no charge. Aveda is replacing any damaged inventory at no charge, so she doesn’t have to restock everything out of pocket.

Salon furniture company Eurisko Designs has given her a 40 percent discount on the salon furniture she needs to order, such as salon stations, chairs, equipment and waiting area furniture. A company who does financing for Eurisko is going to pay for Yeh’s order up front and allow her three months with no payment until she can open up again and start generating revenue.

Equipment and furniture will take 13 weeks to be delivered though, much later than the anticipated two to three months it will take to rebuild the salon floors and walls. So in the meantime, Neill has secured portable stations to send to Yeh for temporary use.

“Without Edwin, I don’t know if I could have done this mentally or physically,” she says.

Meanwhile, some of Yeh’s fellow salon owners from all over the country heart what happened and put together a plan to help. Karie Bennett, owner of Atelier Salons in San Jose, California, created a text message group of fellow owners, and before she knew it, Yeh was receiving aprons, capes, towels, combs and other sundries she had lost in the flood.

“I also applied for the Salon and Spa Relief Fund and got approved for a grant,” Yeh says.
The most unexpected help came from a Facebook group created by two young salon owners. The PIP University group (Positively Impacting People) asked its members to share their stories if they were affected by Harvey, so Yeh briefly told them what happened.

They featured the story and raised almost $1,200 for Yeh. “They are not selling anything,” she says. “They’re just a good group of professionals coming together.”

Yeh is also feeling the love from her community in Houston. The salon is located in the “energy corridor” district, which also has its own Facebook page.

Recently, Yeh noticed administrators of the page telling frantic Josephine’s clients where the temporary location is. And when clients visit, they are adding donations onto their tickets to help Josephine’s restoration.
“We have strong support from our customers,” she says. “We have always supported the community, and now they are coming back and helping us.

“It really takes a village,” Yeh continues. “No matter how logical I tried to be, or how strong, without everyone else behind the scenes I couldn’t have done this. I probably would have said ‘forget it—it’s too much.’ It’s all those people who have helped that made the difference.”

The Salon and Spa Relief Fund

Established in 2005 after Hurricane Katrina, The Salon and Spa Relief Fund is a non-profit organization that helps salon and spa owners and their employees rebuild their lives and businesses.

Since its inception, the SSRF has distributed more than $200,000 in grants, with 100 percent of the funds received available to help people in the salon and spa industry.

But donations of any amount are welcome and help salons in need—and SSRF is a tax-exempt organization, so donations are tax deductible.

“In 2005 when Katrina came through, I had just spent $60,000 opening our new location, and we got 15 feet of water,” he says. “I was so grateful for the grant we got from the Salon and Spa Relief Fund, and shocked there were people out there who cared so much.

“Now it’s our turn, and we’re excited to give back—our whole salon is working on raising more money. The impact this type of disaster has on your daily life is huge, which is why we’re doing whatever we can to help people going through the same thing we did.”

CLICK! This story originally appeared on avedameansbusiness.com. Please visit the site for more stories designed to help stylists and the salons grow.