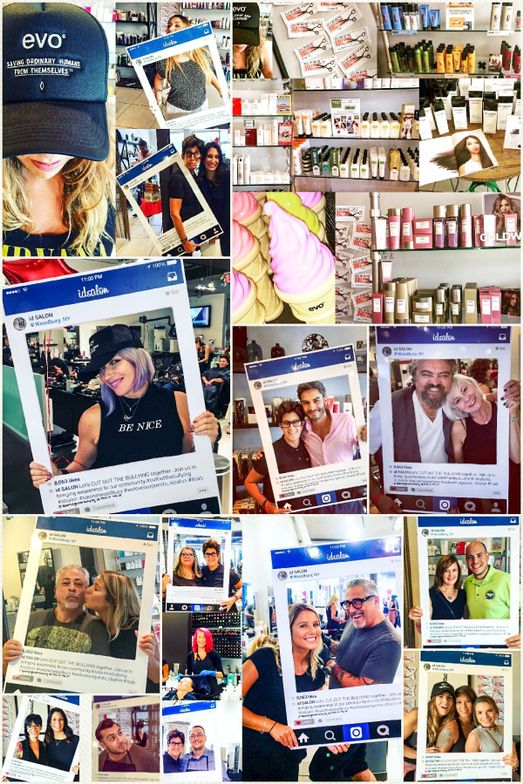 The logo the salon developed for the campaign.
1/2
View all

2/2
Slider
The logo the salon developed for the campaign.

After hearing about multiple teenage suicides, ID Salon decided to launch the movement “Beauty Against Bullying.” “Many of my staff members had been bullied growing up, and they felt strongly about fighting back,” Panarello says. “Partnering with friends who own a production company called Crooked Fringe, we produced a short film where we told our stories and encouraged victims of bullying to hang in there.”

During back-to-school season, the salon launched the film along with an in-salon retail campaign to raise money and awareness for the Long Island Coalition Against Bullying. The retail campaign included promotions, give-aways and a live auctions, and anti-bullying bracelets, banners and donation tags were created. “In the end, we raised more than $7,000 and now the movement has its own Facebook page and we’re trying to get the beauty industry on board,” Panarello says.