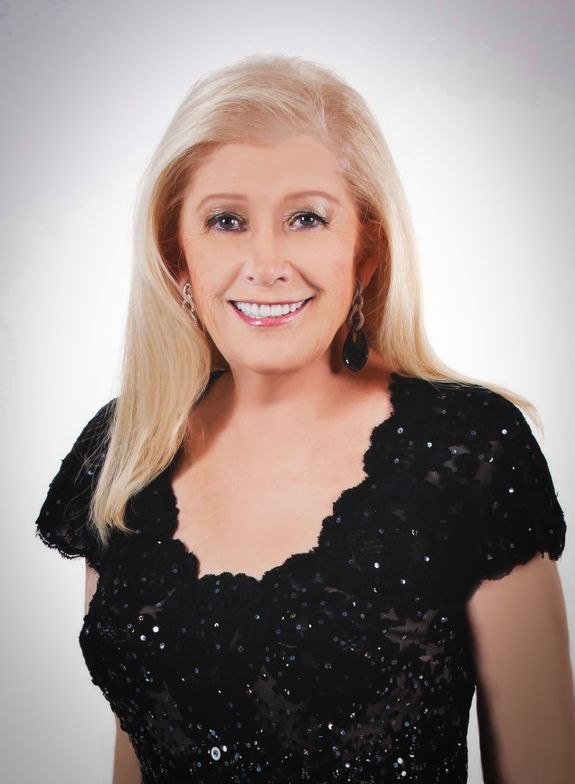 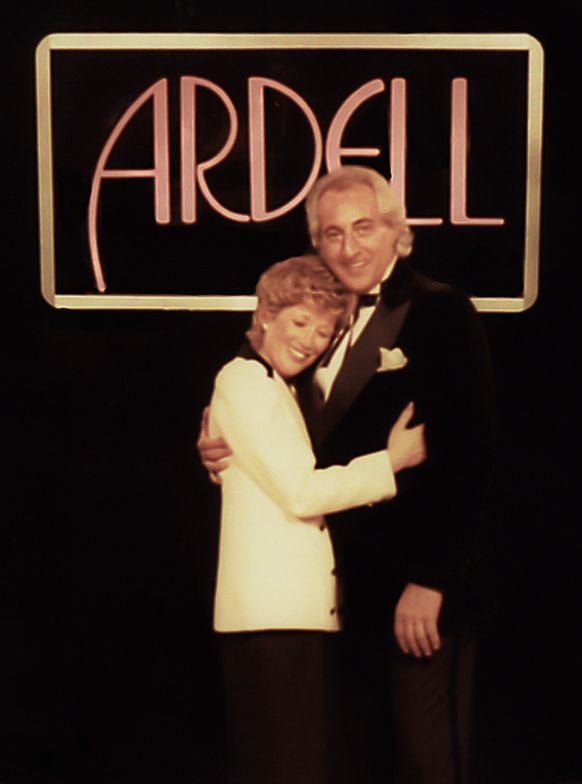 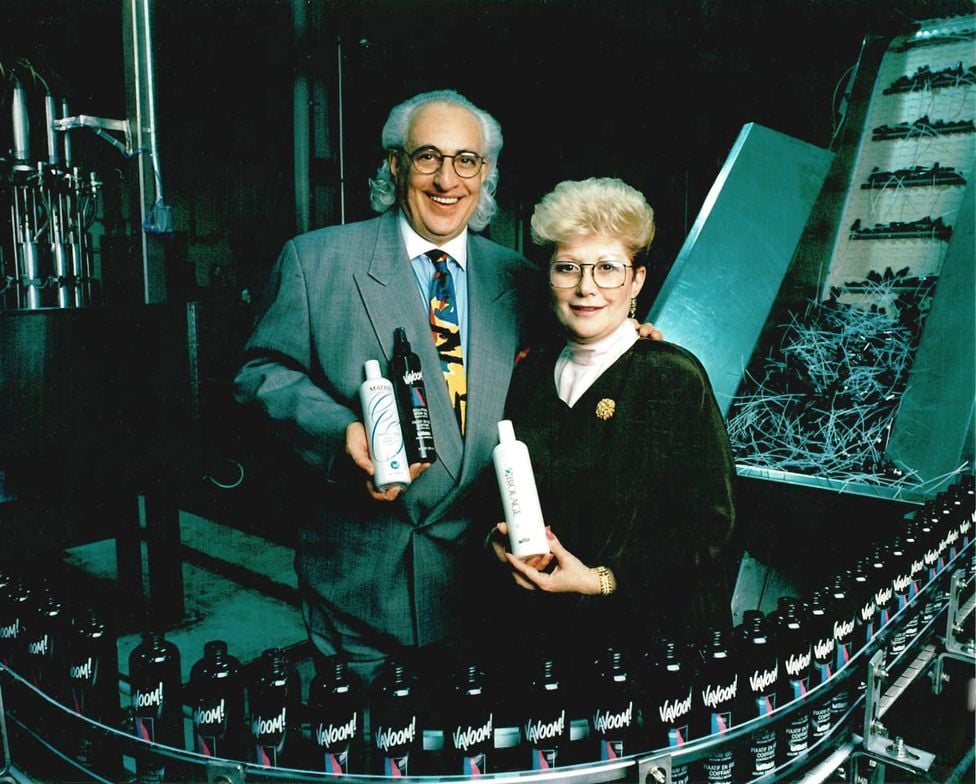 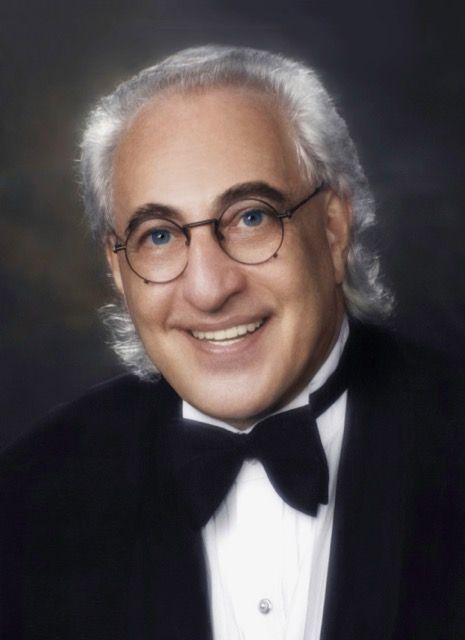 Matrix Co-founders Arnold (Arnie) and Sydell Miller will be celebrated on Sunday, March 26, 2017, as recipients of the fifth Legacy Award presented by the Beauty Changes Lives (BCL) Foundation in Chicago. The Miller’s founded Matrix Essentials, Inc. in 1980 and quickly led Matrix to become one of the fastest growing companies in the world. They were recognized by BCL for their personal, professional and philanthropic achievements and contributions.

We spoke with Sydell Miller about the development of a brand that had a tremendous impact on the professional beauty industry and improved the career path of the salon professional.

MS: Please tell us a bit about your background and how you first met your late husband, Arnold.

SM: I met Arnie when I went to him for a haircut. Arnie was very talkative and very handsome and had big, light blue eyes. I looked at those blue eyes and I said, I would like you to call sometime. After our first date on Monday, he asked me out for the whole week and on Friday, he proposed. Arnie was 25, I was 19.

Many years later a friend of his told me that she had an appointment with him after he had done my hair.  As I was leaving, he pointed me out to her and said, ‘See that little blonde walking out the door? I’m going to marry her.’ I found that out years later.

MS: Tell us a bit about the first brand you created, Ardell.

SM: After we were married, I ended up coming into Arnie’s salon to work. I learned so much about hairdressers and how they worked. At the same time, I started a retail area in the salon. I brought in beautiful hair nets, shower caps, hairclips, and accessories. We added facials to our services and we started a cosmetic area, too. I was building a line and we combined our names to create the name for the brand, Ardell.

In the late 1960s, we moved to a very large full service salon where we offered a complete program for beauty including an eyelash service. It took over two hours and we charged seventy-five dollars to do it. Arnie said it took too long and that we were losing money on it but women begged us to keep it. One day, he was putting a fall in my hair and I saw there were multiples hairs hand-tied to a web. I thought, what if we took these hairs, hand-tied them together for faster eyelash applications? Arnie’s college friend from Korea put us together with an eyelash factory there and they made the first Duralash for us. The service now took twenty minutes and it was profitable.

Under the Ardell brand we also developed Hennalucent. It added tone to the hair, it conditioned and made it easier to do color and perming. It because the number one henna product in the industry.

MS: What was happening in the salon industry when you started Matrix?

SM: There was a very negative perception of our industry because what was being put out there was the ditzy, gum-chewing hairdresser or Warren Beatty in the movie ‘Shampoo.’ We wanted to help build more professionalism, to present a better image and to create a better way for the stylist to earn a living. There were no paths to follow so we decided to start our own road.

The name came about when Dennis Lubin (senior vice president of marketing at Matrix Essentials) and I were working on some education materials and Arnie came running into the room. He was meeting with the attorney, filling out documents, and he needed a name for our new company. He asked what we were doing and I said writing about the matrix of the hair, and he said, ‘That’s it—Matrix!’ and went running back out.

MS: Please describe the early years of Matrix and how you grew the brand.

SM: In 1980, we started Matrix with a complete line of shampoos, conditioners, and styling aids. We also developed a very unique permanent wave that Arnie created in collaboration with our chemist that we called the Synerfusion Permanent Wave. The most expensive perm on the market at the time cost two-collars and we charged five but we educated the hairdresser so they would understand this was a premium perm.  Synerfusion had a molecular weight conditioner that you put on before the neutralizer and you would not over-perm the hair. Salons could charge more for it and the hairdressers made more commission. It really kept us in business for the first couple of years.

We knew where we wanted to go and what we were going to do next and that was hair color. We were going to teach hairdressers to give up the bottle and do hair color using a brush and a bowl which everyone thought was crazy. At the time, only hair colorists did hair color and color was a mystery. Arnie decided that hairdressers should be doing their own color on their clients so they would earn more and so they could control the color to complement the styles they wanted to create. He would say, ‘You’re artists, you should be using a brush so you can be more precise, more creative, and more professional.’ Arnie found a color in Italy we could manufacture in the US and we called it SoColor. He developed a common language for hair color so hairdressers could understand and feel good about hair color and not be afraid of it. We had removable swatches to put by the hairline and show the client what hair color they should or could be.

MS: What was the key to Matrix’ success?

SM: Matrix was an incredible company. It was a family. Arnie and I had a dream and we decided that Matrix would be the avenue to create that dream. The dream was to upgrade the industry and its image.

We were successful because we did education at every level. Dennis put together a business building program that went out every other month to Matrix salons. It talked about everything from how to hold salon meetings to how to talk about promotions with your stylists. We helped sales people work with salon owners, we helped distributors build their business with more sales people, and we helped salon owners run a salon.

No one realized how hard they were working because we laughed and had fun and accomplished so much. We grew and grew in just ten years.

MS: What happened after Arnie passed away?

SM: Arnie died in December 1992 and everyone thought Matrix would die, too. Arnie was so charismatic and essential.  I got 800 letters from salon owners when he passed away.

But because of the Matrix Family, we grew 80 percent the next year and 75 percent the year after that. Our educators, our VPs, the people on the line, they all knew how much they meant to Arnie and to Matrix. Many came to work with Dennis at Aquage, and many have continued to work with us in other businesses.

MS: Please tell us a bit about your support of the Cleveland Clinic.

SM: They have saved my life, twice. Twenty five years ago, I had been having pains in my chest and I was so out of breath but doctors at another hospital didn’t take it seriously. I came into the office, one day, rushing to a marketing meeting, and was having trouble catching my breath. A young intern I had hired from Cleveland State said, ‘You need to see my Dad at the Cleveland Clinic.’ I did and they kept me alive. Then in 1999, I ended up with fourth stage breast cancer. They got me through that, too. We are very happy to be supporting them in their important, life-saving work.