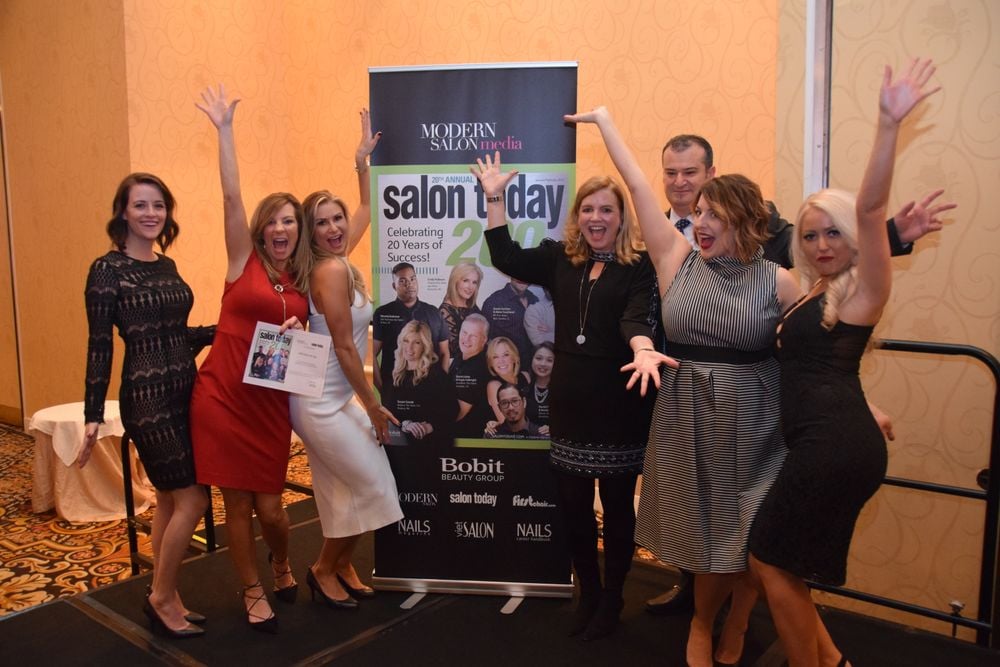 The team from NVS Salon and Spa in Bel Air, Maryland, represents one of the more than 100 salons who collected their ST200 certificate at the party. 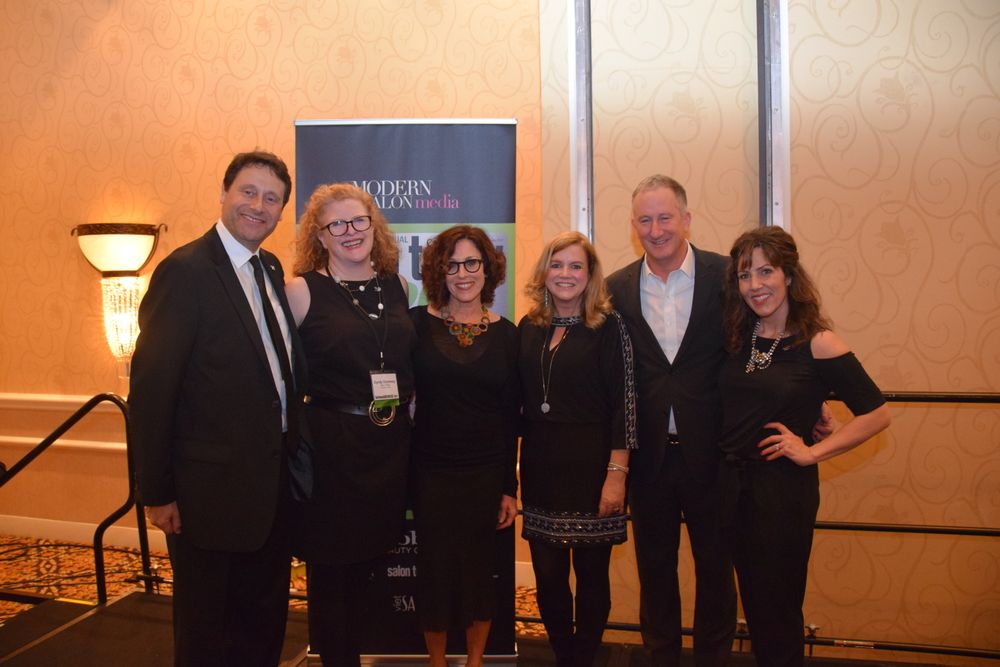 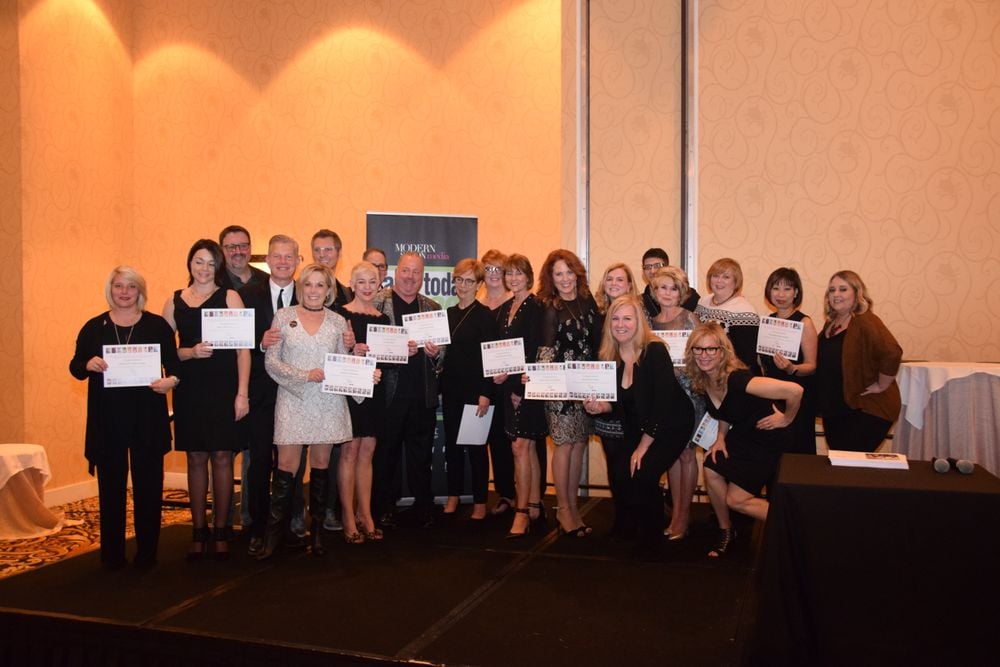 Fourteen salons collected 10-year certificates (for being named to the competition 10 years or more) at the special 20th anniversary celebration. 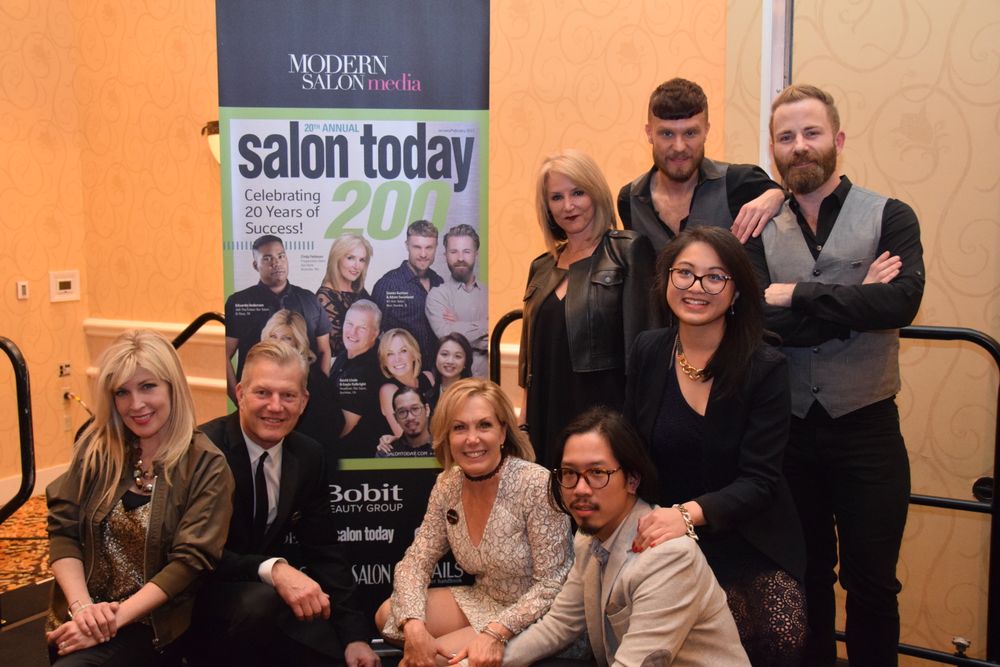 1/4
Slider
The team from NVS Salon and Spa in Bel Air, Maryland, represents one of the more than 100 salons who collected their ST200 certificate at the party.

3/4
Slider
Fourteen salons collected 10-year certificates (for being named to the competition 10 years or more) at the special 20th anniversary celebration.

After attending a powerful Serious Business in New Orleans, more than 400 salon owners, managers and team members attended a celebratory party honoring the 2017 class of the Salon Today 200, as well as the competition’s 20th anniversary.

Debra Neill Baker, who hosted the event, welcomed the honorees, congratulating them on their hard work and their business success. Modern Salon Media Publisher Steve Reiss thanked Neill Baker, speaking of the special relationship the Salon Today 200 has with Serious Business, where the competition’s certificate ceremony has been held for almost a decade.

Salon Today Editor Stacey Soble offered attendees a peek into the competition’s 20-year history and why the magazine launched the Salon Today 200 to develop a forum where salon owners could share business ideas, gather data to develop important benchmarks and establish a special issue that celebrated the industry’s fastest-growing salons.

“While the first competition accomplished those goals, over the next 20 years the competition has become so much more to so many people,” Soble said. “It’s a spotlight on business success. It’s a stamp of approval on the health of a business. It’s a community of like-minded owners who advise each other. For some, filling out the application is an important part of their strategic planning.”

Soble presented a composite video that featured a glimpse in to some of the work environment of the 2017 honorees and shared what was responsible for their success. She also invited attendees to post their Words of Wisdom on giant Post-Its and put them on the wall to share with others.

Then, Salon Today announced each of the 2017 Salon Today 200 honorees, inviting them on stage to collect their certificate and take a picture. Access the album of ST200 Party Pictures, tag yourself and post a message of congratulations to your favorite salons.