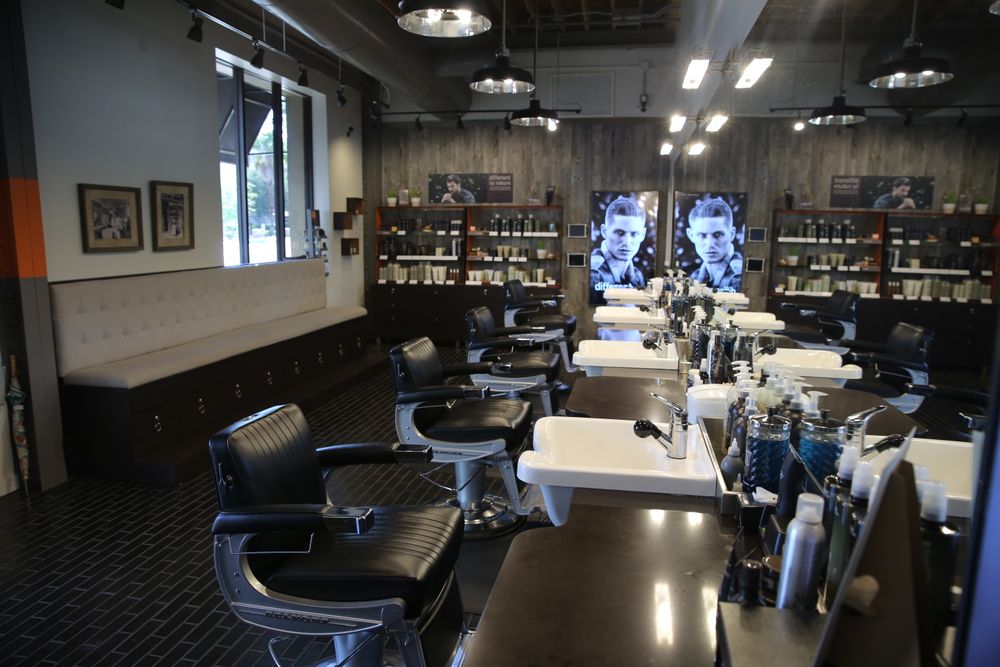 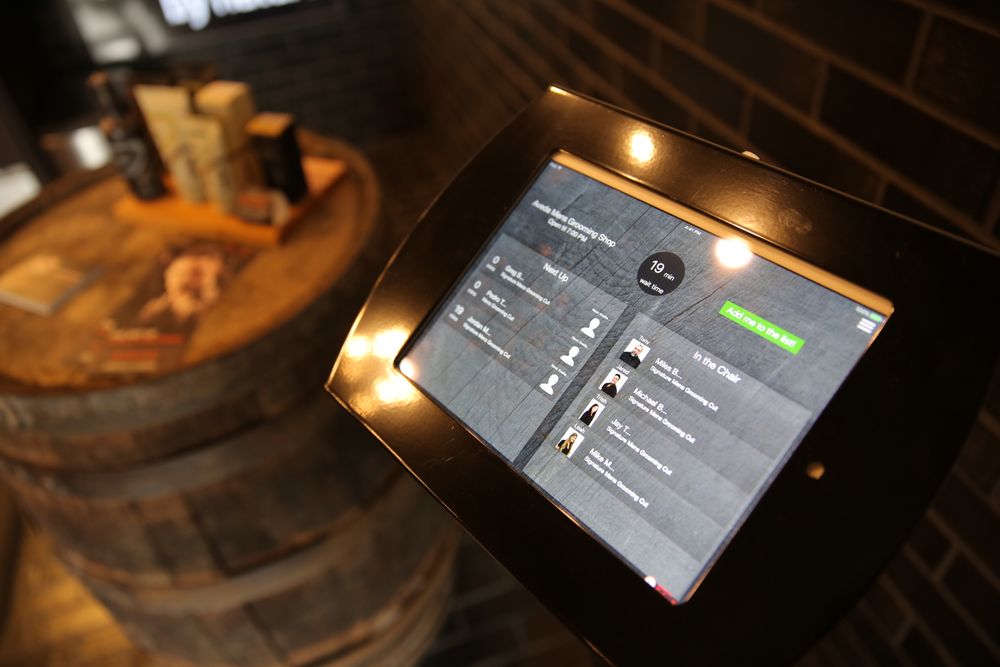 iPad kiosks at the front and back of the salon allow clients to check in, look at wait time and see which stylists are available. Once checked in, clients can monitor their place in line and receive a text when it’s time for their appointment. 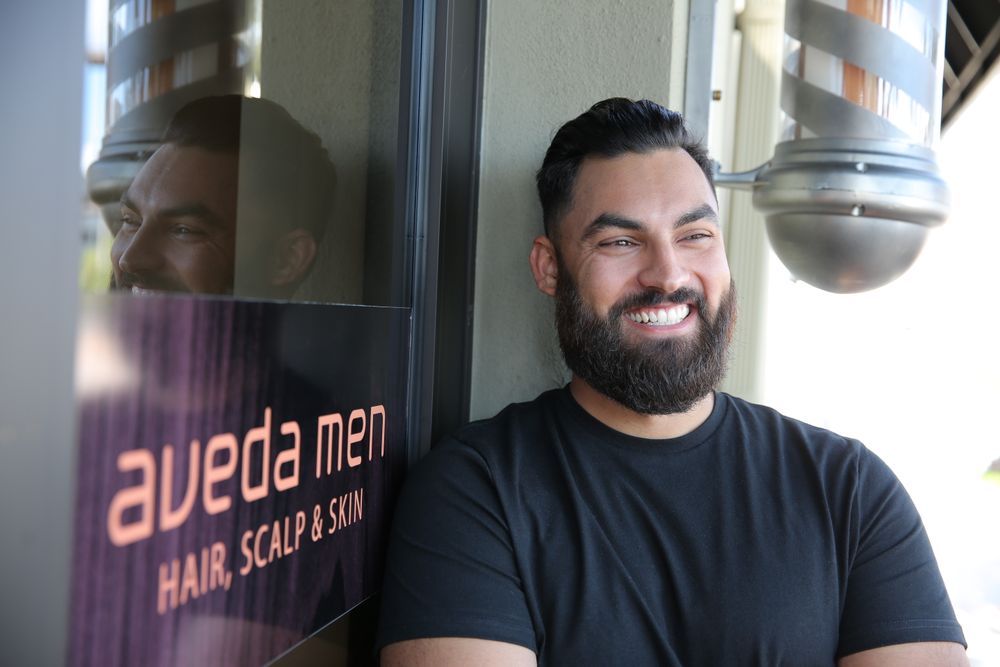 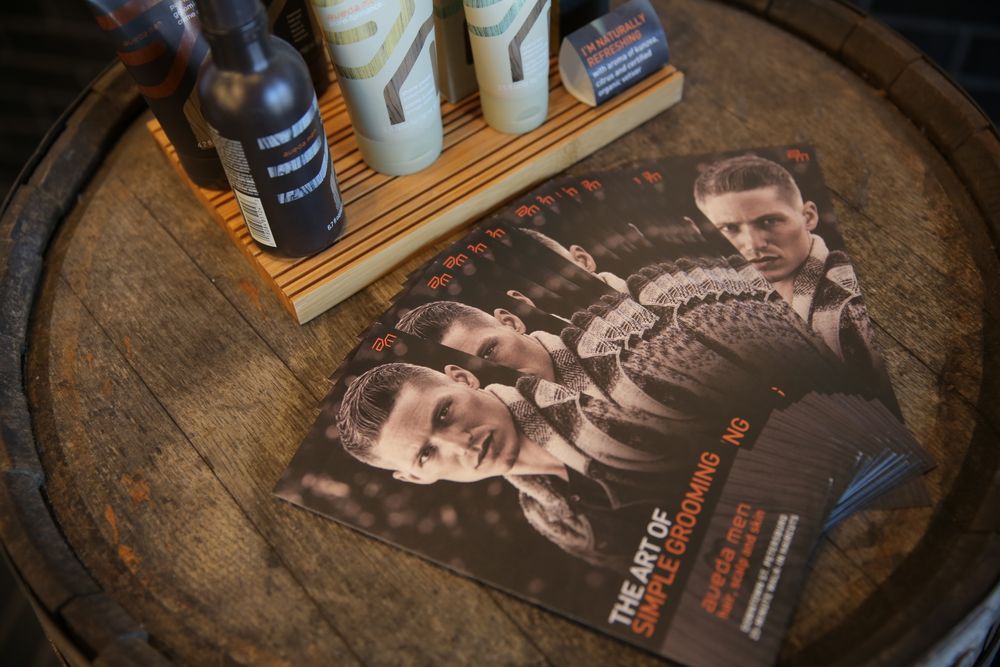 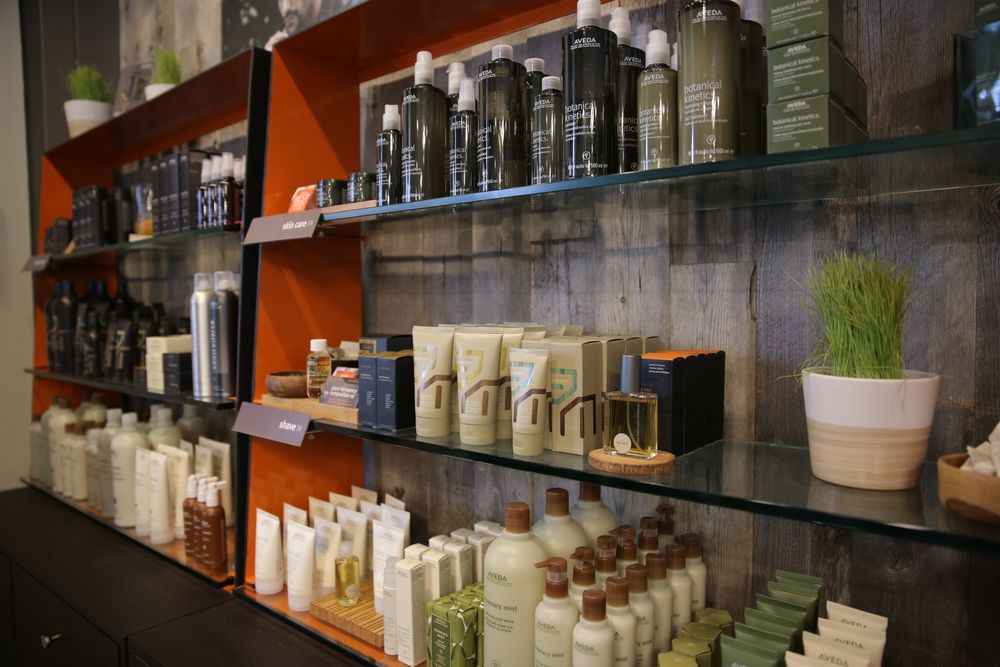 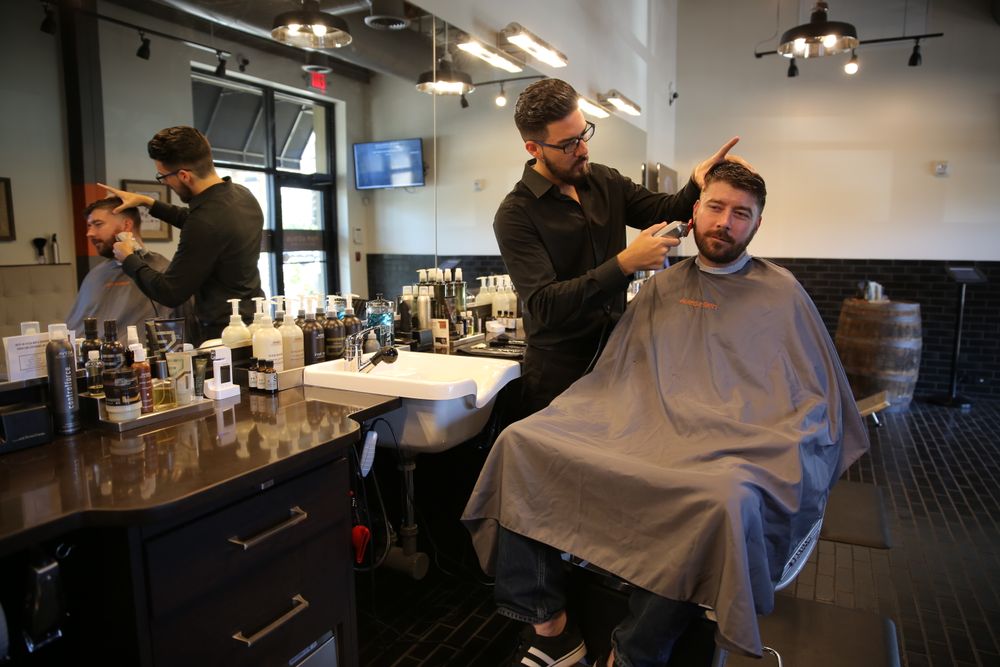 2/6
Slider
iPad kiosks at the front and back of the salon allow clients to check in, look at wait time and see which stylists are available. Once checked in, clients can monitor their place in line and receive a text when it’s time for their appointment.

It’s no secret many male clients are more comfortable in a barbershop setting than in a traditional salon, which is why Aveda has introduced its Aveda Men’s Grooming Shop. The shop MODERN toured in St. Petersburg, Florida, was an expansion to an existing salon space—but separate, with its own entrance. The concept can be utilized as a freestanding destination as well.

The shop offers a space designed exclusively for men’s grooming and maintenance, and it’s infused with the Aveda touch, figuratively and literally. The St. Petersburg location is the first of its kind in North America and was launched by Tom Petrillo, CEO of The Salon People. The space encourages what Petrillo, Aveda VP Global Education Kevin Molin and Aveda artist Kurt Kueffner found men wanted most in a grooming space—community, efficiency and an experience.

“We interviewed 15 men who made more than $1 million a year,” Petrillo says. “None wanted to go to a salon, but they liked the experience.”

Petrillo says that they found traditional cosmetology doesn’t always work in a barbershop; many men expect technical work to be done in 15 minutes or less. Men want a community environment, Petrillo says, and the space caters to that by having a long, raised bench that is just behind the service chairs.

“If you’re going to create community, then the people in the shop need to know each other,” Petrillo says. Which is where the shop’s SalonBiz app comes in.

iPad kiosks at the front and back of the salon allow clients to check in, look at wait time and see which stylists are available. Once checked in, clients can monitor their place in line and receive a text when it’s time for their appointment.

Additionally, skincare is becoming increasingly important to men, according to Kueffner.

“From the very top, we put Aveda’s DNA in what we do,” Kueffner says. “We do a skincare treatment that’s brilliant. Most professional men don’t know how to wash their face. They don’t know how to cleanse, to tone, to moisturize.”

Lastly, stylists at the shop are equipped with scalp cameras that magnify the scalp 2,000 times so they can make service and product prescriptions—whether the scalp is dry, irritated, oily, thinning, normal or some combination of those.

“We saw an opportunity to take a trend that’s happening in the industry and make it more Aveda,” Molin says.

With shops in London, Madrid, Tokyo and Berlin and plans to open 25 in 2017, it’s safe to say men’s grooming is becoming more Aveda in a big way.

Floor Matters: A Quick Way to Refresh Your Salon

While most salon owners design their spaces with their clients in mind, it's vital that the wellbeing and health of the stylist is a strong consideration. Smart Step's Daniel Bouzide offers an idea for refreshing the look of your salon and making your team happy at the same time.

Designing Minds: Tips for Designing a Healthier Salon for Your Team and Your Guests

From air quality to repetitive stress injuries, Blair Hopper shares tips for designing a salon that protects the health and wellness of both team members and clients, in our first installment of Designing Minds.

We’re on the hunt for the most gorgeous, innovative, luxurious, surprising salon bathrooms! The online Bathroom Battle application is live now, and the deadline is April 23, 2021.

The Nantucket includes a barber sink, multi-purpose cabinet, electric-ready pedestal station, lower shampoo cabinet, mirror set, and optional retail shelves. Each item can be purchased individually or configured in a variety of ways, allowing customers to build this barber wet station to best fit their needs.

Located in the heart of SoHo in Manhattan, Suite Caroline immerses clients in a dreamy world of prismatic texture as they lean back in a rinse station chair and look up.

With a number of options to customize the pieces in the Minerva Designer Series, owners of salons, spas and barbershops can create the perfect modern look for their dream space.

7 Examples of How Art Can Enhance the Client Experience

An original piece of art can elevate the client experience by evoking an emotion, connecting the client to the brand and making the service memorable. See seven of our favorite examples of salon art.

Salon Design: Color Can Be an Uplifting Force in the New Year

Meet the design trend that will color you happy this year.

This month, we take a look at some of the latest furniture and equipment offerings from Eurisko Design and Gamma & Bross.

Does your salon need a makeover but you are tight on cash? Amerifund provides customized financing solutions for salon and spa equipment.

With a bit of humor and a touch of whimsy, Grow--A Shane Archer Concept offers clients the comforts of home at a time they need it most.

In partnership with Minerva

Ready For a Salon Makeover? Know Your Decor Options

Let Minerva help you break down their five most popular styles and the elements that make each one unique.

6 Major Ways to Refresh Your Salon Design for Your Reopening

The new health and safety protocols are making a big impact on salon design, a design refresh shapes the way your clients feel about the precautions you're taking. Salon design expert Leslie McGwire weighs in with some big tips for refreshing your design as you reopen.