Signatures Salon in Lake Charles, Illinois, is a prime example of a business that leverages its culture to drive its business decisions. Several years ago, Owner Wendy White McCown charged her leadership team with developing the salon’s core values, and together they selected the guiding values of family, integrity and efficiency.

While brainstorming what these values meant with her team in 2011, White McCown challenged them, asking how they could make the salon better.

“One of the stylists said, it’d be great to only work three days,” White McCown says. “The suggestion got a laugh at the time, but it also got us thinking. Most of our team members are working moms who often feel they have to choose between their families and their careers, and many feel burned out working a traditional five-day workweek.”

At the same time, White McCown was facing a big ownership decision about her seven-station salon. “We either needed to change the way we operated or get a bigger location,” she says. “And because we own the building and it’s paid for, that was an incentive to reevaluate the way we work.”

With the ambitious goal of designing a three-day work week where each stylist maintained her income while boosting the salon’s overall revenues, White McCown expanded the salon’s hours by opening on Mondays. Then she started working on a schedule where two teams of stylists would work on alternating days. The first week, team 1 would work Mondays, Wednesdays and Fridays, and the following week, that same team would work Tuesdays, Thursdays and Saturdays, while team 2 worked the opposite schedule.

The new schedule has each team member working 25.5 hours a week, with a day of rejuvenation in between what has become very productive work days. In a month’s time, each team member has two three-day weekends and works each day of the week at least twice, which allows clients to continue booking on their preferred day of the week.

Moving to the new schedule didn’t happen overnight, in fact White McCown scaled down willing team members’ hours over an 18-month period. Some who didn’t want the three-day plan opted to continue working four or five days. At the same time, the salon coached each stylist on booking and servicing each client more efficiently so they didn’t lose volume or income, and they hired new stylists, allowing the salon to work 14 stylists out of the seven chairs. White McCown found space to add an eighth chair, allowing stylists flexibility of making up hours when they needed to take off a certain day.

The new schedule has resulted in a huge payoff for the salon. During the 18 months, Signatures realized an 82% increase in gross sales revenues. “And it’s resulted in an efficient and happy environment,” White McCown says.

Putting Culture to the Test

This past May, Signatures experienced an emergency situation that tested the strength of its salon culture.

In the early morning, the salon was severely damaged when a drunk driver plowed through the salon’s front entrance at a high rate of speed. Within an hour of the crash, the whole salon team gathered, willing to help clean up and salvage what they could. 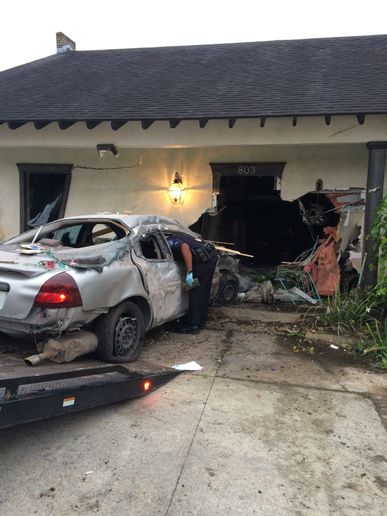 After a drunk driver plows into the front of the salon, the team comes together quickly to find and open a temporary location within two days.

“Within two days, we found an empty space and had opened a temporary salon,” White McCown says. “Team members assumed responsibility for setting up certain areas in the temporary salon, and it became like a scavenger hunt, trying to find all the things we needed. Accomplishing this feat took everyone coming together with a single goal in mind. It was astounding to witness.”

Although the accident wiped out 75% of the front of the building, the team had the salon reopened within four weeks.

“It was the ultimate team-building experience,” White McCown says. “I am so proud of our team and how they handled it.”