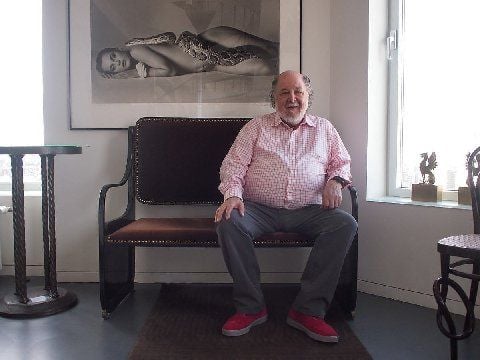 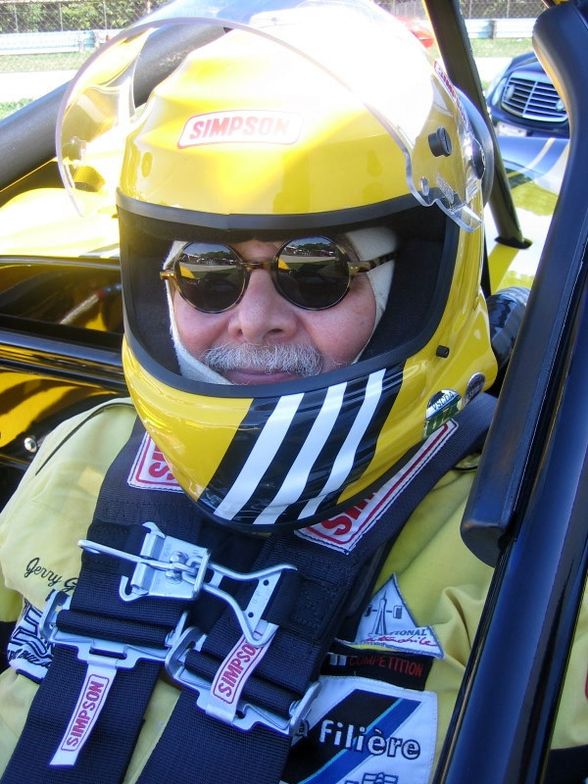 “He had as much passion for racing as for hairdressing. Note the team colors. It was always yellow and black!” —Posted December 3, 2015 “This is a personal favorite of mine because I know how happy Jerry was when he was behind the wheel of his race car,” Karen says. 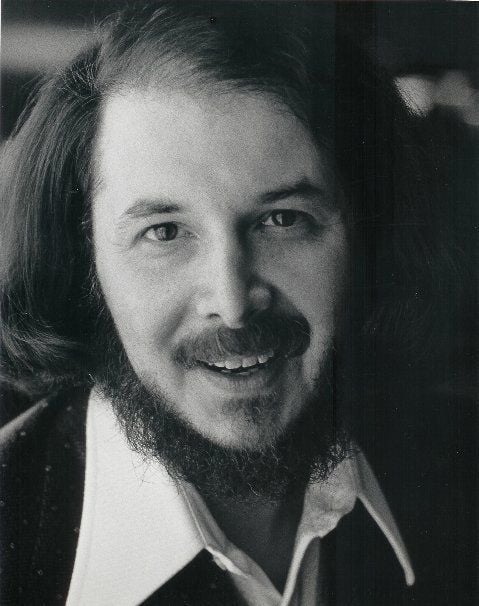 “Jerry…when, I don’t know. Wide collar on the shirt. Polka dots on the jacket. Hair…and lots of it. I’m guessing sometime in the early ’70s, maybe late ’60s. Love that smile!” —Posted January 1, 2016 “This is one of my favorite photos of Jerry because it shows a certain softness, warmth and happiness that was within him,” Karen says. “He always had a sparkle in his eyes.”
1/3
View all

2/3
Slider
“He had as much passion for racing as for hairdressing. Note the team colors. It was always yellow and black!” —Posted December 3, 2015 “This is a personal favorite of mine because I know how happy Jerry was when he was behind the wheel of his race car,” Karen says.

3/3
Slider
“Jerry…when, I don’t know. Wide collar on the shirt. Polka dots on the jacket. Hair…and lots of it. I’m guessing sometime in the early ’70s, maybe late ’60s. Love that smile!” —Posted January 1, 2016 “This is one of my favorite photos of Jerry because it shows a certain softness, warmth and happiness that was within him,” Karen says. “He always had a sparkle in his eyes.”

When Jerry Gordon, who owned of J. Gordon Designs in Chicago, Illinois, with his wife Karen, passed away suddenly this past November, Karen was overwhelmed by the huge response she received from the beauty industry after posting the news on Facebook.

“This industry uses Facebook to its best ability to connect and see what everyone is doing—it was designed for us,” she says.

With that in mind, Karen decided to post a Jerry Gordon photo of the day for the next 49 days.

“I have a client who’s a psychologist. She told me to take good care of myself for the 49 days after Jerry died. In Buddhism, it’s the most important time—it’s when a person transitions from life to afterlife.”

Armed with decades’ worth of images and stories to share from their 34 years together, Karen began posting.

“Jerry was my favorite person to photograph—he was so expressive and funny. And I realized how many people loved Jerry, and that I held something precious—these photos,” she says. “So it popped in my head to post a picture of Jerry every day for 49 days. I wanted it to be nice, not maudlin.”

The beautiful tribute prompted many comments and some people told Karen they got up every morning to see what she would post.

“I, for one, am incredibly grateful that you are posting these photos. I had not been able to see Jerry in person for quite some time and these photos are an amazing way for me to reconnect. The shock of his passing is somewhat assuaged by the ability to look at these photos on a daily basis. Thank you so much for sharing.” —Melissa Yamaguchi

“I’d write a few lines about why the photo was special,” she says. “It became a ritual and was very healing—I got to check in and see what people were writing and saying about Jerry.”

“This helped make Jerry’s passing a slower and more extended savoring of the time we shared together over the years. We all seek to make a difference while we are here, and he did that for sure. I believe that all souls are connected, and therefore, we know he’s truly still a part of our life story into the eternity. See you down the road, Jerry.” —Laurence Seybold

The images gave friends and fans of Jerry the chance to reflect on who he was and see other sides of him, whether it was a young Jerry from the 1960s, a picture of him in Horst Rechelbacher’s apartment or a shot of him cuddling a toddler.

“I looked forward to this every day. Jerry was unique, but also of his time. So your images of him were a double delight! I also believe you and Jerry have launched a new kind of memorial, and because it’s not dependent on geography it may become more socially significant than traditional funerals. Jerry would absolutely love that you and he led the way in pioneering a brand-new social convention! And Horst is cheering!” —Sarswati Namaste

“It let everyone else grieve as well and gave them a chance to work through the process. When I posted the last photo, it was hard to let go—it had become a ritual and very healing,” Karen says.

“Keep the photos coming. I heard it takes seven days to get to heaven. Don’t forget he drove a Ferrari.” —Richard Calcasola

On Friday, February 12, 2021, the IRS will begin accepting and processing 2020 tax year returns. Get a jump on things with these tips for making the process easier and more efficient.

Thinking of opening a beauty-based business? Consider buying into an existing franchise. A UK franchise expert gives you five reasons why.

How to Stay Positive During the Pandemic

Despite the challenging year we've just experienced, it's vital that today's salon leaders stay positive in order to guide their businesses, teams and guests through this new reality. Eurisko's Leon Alexander offers some strategies to stay strong and focused on the good.

Check out the list of proven salon happiness enhancers to add to your motivational arsenal.

What You Need to Know to Select Better CBD Products

Whether you're looking to purchase a CBD product to help you deal with the stress of 2020, or you're selecting products to retail in the salon, educate yourself so you know what to look for and how different delivery methods yield different results.

Another Shutdown in California Comes at the Hardest Time of Year

With mixed emotions, California salon owners speak out on how their state's latest shutdown mandate is impacting their businesses at the busiest time of the year.

3 Touchpoints to Reconnect with Clients & Get Them Back In

In this unusual year, it can be tricky motivating mature guests to return to the salon. As part of our Burning Questions series, we asked Lauren Gartland and Lori Davis of Inspiring Champions how to reconnect with those clients and get the word out.

Financial Trends: Client Retention Is the Metric for Success

As salons reopen and reforecast their goals, client acquisition and retention are essential areas to watch. For SALON TODAY’s Burning Questions series, Steve Gomez of Steven Gomez Business Coaching explains how this metric can make or break financial growth.

6 Things to Consider When Hiring a Business Coach or Mentor

Why Schools Are the Key to Recruiting & Retaining Stylists

How are you hosting education? Can students learn online? How do you train staff while also social distancing? Beauty Backbone’s Karla Lopez-Martinez provides solutions to these burning questions.

How to Create Financial Stability, Even in Uncertain Times

Don’t wait until the next crisis to get prepared. Despite the sea of unknowns, start building financial success now with these three tips from Qnity’s Tom Kuhn.