Men’s salon group 18|8 is giving its full backing to this year’s Movember campaign, recruiting team members across its group of 30 salons to pay more than lip service to the month of fundraising for men’s health.

To kick off the campaign, 18|8 Fine Men’s Salons is running a Shave the Date event across the group, giving all its Movember fundraising clients a clean shave on November 1 and donating all money raised from shaving services that day to the Movember Foundation.

As well as doing complimentary ‘stache tidy-ups mid-month, the group is also running a King of the ‘Stache Facebook campaign, with 18|8 clients uploading photos of their efforts, and the five garnering the most votes winning 18|8 gift cards.

The annual Movember campaign raises awareness and funding for men’s health, encouraging men to grow a mustache throughout the month of November and to get sponsorship for their efforts. 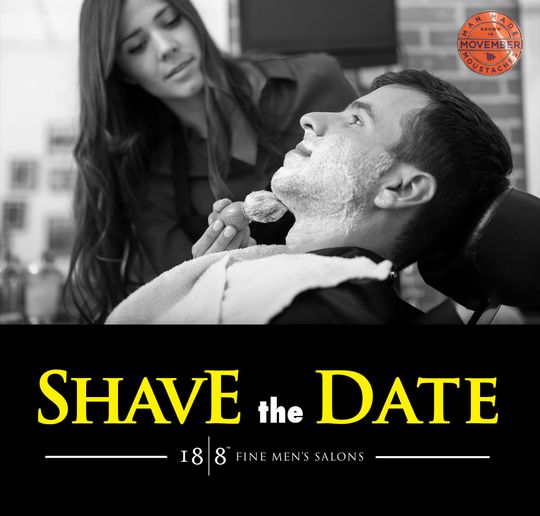 The rules are simple: men must start with a clean-shaven face on November 1 and let their moustache grow throughout the month. Any style of ‘stache is allowed, from toothbrush to walrus and everything in between, though accompanying beards are a no-no.

18|8 is going big on this year’s campaign, with the head office encouraging its salons to sign up and be part of the 18|8 team, raising money and spreading the word.

Head of 18|8 Ron Love said the group was only too pleased to be doing its bit in support of men’s health. He said: "As a business dedicated to men, it seemed obvious that we needed to be involved in Movember to help raise awareness for men’s health issues. Movember is an incredibly simple idea that has really fired the public imagination and raises much-needed funds for male health charities – and it gives men all the excuse they need to let their inner Burt Reynolds run free for a month."