Although Marcus Jackson has only been in Salon Greco’s employ as a digital director for three short months, he’s already gaining some fame. Phil Fennel, whose wife Kathie Kobsa and sister-in-law Olga Barton own the salon, serves as the salon’s CFO. But, Fennell also is co-founder of the salon coaching/consultant group SalonWired, with Steven Brooks, who own Diva Studio in Las Vegas. In Fennell’s on-stage presentation, which he gave most recently at Premiere Orlando, he’s already eluding the changes Jackson has brought by dubbing it “The Marcus Effect.” 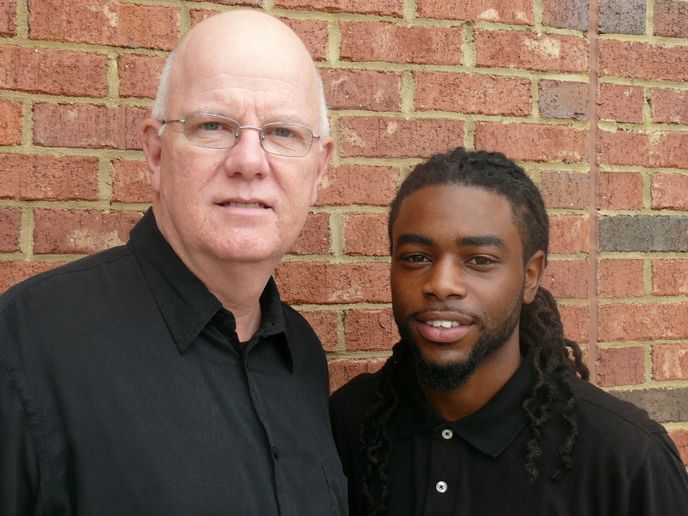 “Social media is a marathon, not a sprint. My wife Kathie has been very assertive about social media activity, but it can be overwhelming for any salon owner – not because it’s complicated, but because it has to be frequent and consistent,” says Fennell. “Approximately 90% of everything we read today is on a screen—computer, tablet or Smartphone—you have to know how to play the social media game and in order to be proficient at it, and you need someone that is directly responsible for it.”

Earlier this year, the salon launched a search for a part-time digital director via Craig’s List. About eight applicants applied and after reviewing their background and education, salon managers winnowed this group down to four candidates. Fennell interviewed the final candidates and was initially impressed that Jackson had just finished coursework for a degree in visual communications, but he decided to put him to the test.

“During the final interviewing process, I asked him to put together a social media content strategy for a small business—I wanted to see if he could take the ball and run with it or if he would fumble,” says Fennell. Jackson not only ran with it, he scored. “It sounded just like a social media program I had seen Gordon Miller present on stage—it was that good.”

During the interviewing process, Jackson was doing his own homework on the salon, researching the images and information the company was presenting on its site and through social media. He met with the salon’s operation manager and learned how the company uses email newsletters. “I really respected the company and their values, and felt this was a good opportunity to pursue,” Jackson says.

Jackson started by working on the functionality of the salon’s website, diving into the analytics and sharing the lessons he learned with management, and establishing a fan page for the salon. “We’re also examining the social media analytics and the click-throughs to make sure we find the sweet spot and aren’t inundating our audience with too many posts,” Jackson says. “Currently the salon uses Facebook, Twitter, Google+ and YouTube and Jackson is posting an average of four times a day.”

Prior to Jackson joining the team, the salon had developed a library of YouTube videos on different salon services. Jackson worked to make the videos more predominant and accessible, as well as make sure they lead the audience to the right place on the website.

The salon’s retail strategy has been trending toward integrating in high-margin boutique items. Jackson recently worked with Kobsa to develop a package of Keune Suncare products with a sun hat, as well as a collection of TIGI products with color-coordinated bags. “We put together 24 packages and posted it on social media and in our eletter with a message of ‘while supplies last’—we had 10 sold to people contacting us online before we knew it,” Fennell says.

Recently, Fennell shared with Jackson that the salon hadn’t done very well in producing content for the salon’s blog. First, Jackson ensured that the website had the right functionality to ensure a successful blog, then he created a class and during a staff meeting took the salon’s team through a blogging workshop. “Right then and there we had 15 blogs written, as well as a really engaged staff,” Fennell says.

For Salon Greco, the Marcus Effect is paying off. “We keep working together and moving forward,” Jackson says. “The salon is owning its online presence.”