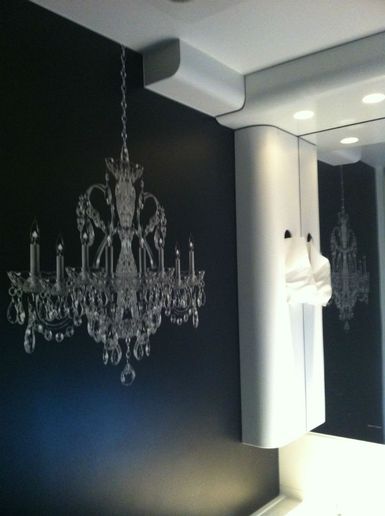 Long lines, uncomfortable security procedures, cramped quarters and a fee for every extra service have made flying on U.S. commercial airlines less than luxurious. While I might complain about a delay from time to time, it’s been such a gradual chipping away of overall customer service, I had really forgotten how nice domestic travel used to be until my eyes were recently opened.

For our 20th wedding anniversary, my husband planned a surprise, kids-free trip to Italy last year. A cancelled flight on the way over stole our first planned day in Venice from us, but we were determined to put the rough start behind us and had an amazing tour. It wasn’t until we arrived at the airport in Nice, France, for the return flight home, did we learn that the Luftansa flight attendants were on strike, all their flights (including ours) were cancelled, and the Frankfurt airport was closed.

After four hours, six lines and some very creative juggling, we scored the last two seats on a British Airways flight to London and a connecting flight on Air New Zealand to Los Angeles. Despite the fact that LAX wasn’t our original destination, we grabbed them, knowing at least we could rent a car and drive home from there.

I had never heard of Air New Zealand, and even though our seats were in the back row next to the bathroom, I didn’t care—I was grateful. Tired and weary, we boarded the plane and prepared ourselves for almost anything—anything but an incredible experience. First, the plane was spotless in way that makes you breathe deeply, and each row—even the back one—was roomy. As we settled our luggage in the overhead bins, we noted the mirrored panels on the bins’ ceilings to aide passengers in seeing and collecting all their belongings.

The flight attendants were in smart, crisp, colorful uniforms, which I later learned were designed by New Zealand fashion designer Trelise Cooper—and their fun and friendly personalities were the best accessory. The clever, animated safety video narrated by Ed O’Neill of Modern Family and Melanie Lynsky of Two and a Half Men, imparted the necessary information in a humorous way that insinuated they knew normal videos insulted your intelligence. (I later learned Air New Zealand has a host of award-winning, creatively themed safety videos, including one featuring Lord of the Rings' characters and another with Sports Illustrated swimsuit models.

Built into the back of each seat was a full-on entertainment center, loaded with entire television series, hundreds of movies and a library of video games, and they all were available for (wait for it) free! After flipping through all the options on the entertainment center, we realized not only could you listen into the cockpit and follow the flight, but you could digitally order something from the food and drink menu and have your flight attendant deliver it right to your seat.

After a few hours, my husband disappeared to stretch his legs and sat back down next to me saying, “You’ve got to check out the bathroom.” While the size and the basic necessities of the bathroom were the same, it was decorated with the same tongue-in-cheek Air New Zealand humor. Classical music played over the speaker as a black and white wallpaper mural featured a crystal chandelier.

The entire flight represented the most enjoyable 13 hours of confinement we’ve ever spent, and for weeks as people asked us about our once-in-a-lifetime trip, we kept talking about the flight home.

Just like Air New Zealand, there are a host of salons and spas who realize the best way to compete in today’s economy is to create an unforgettable experience for their guests each and every time. In our May feature, “The Age of the Guest Experience,” Experience Masters Eric Fisher, John DiJulius, Van Council and Kristi Valenzuela show you how to capture a competitive edge by surprising and delighting guests, how to design the experience right into the service, and how to keep your guests’ experiences memorable each and every time.