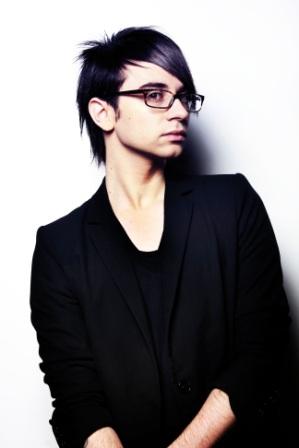 Sebastian Professional Haircare and fashion designer Christian Siriano, the youngest fashion designer to ever win Project Runway, have formed a year-long partnership that kicks off this week.  The creative collaboration will span two New York Fashion Week seasons (September, 2013 and February, 2014), a Sebastian webisode series, Siriano’s look book and campaign shoots, as well as Sebastian’s What’s Next Awards hairstyling competition in April 2014, at which Siriano will serve as a judge. The brand will support the designer in September 2013 and February 2014 at Christian Siriano’s New York Fashion Week S/S ’14 and F/W ’14 runway shows, where Sebastian Professional Top Artists will style the runway models’ hair. The partnership will culminate with the launch of a limited-edition Christian Siriano for Sebastian item to be sold exclusively in a Sebastian Professional salon chain.

“A partnership between Sebastian Professional and Christian Siriano is a natural evolution for both brands,” said Reuben Carranza, ‎ North America Leader, Wella, the Salon Division of P&G. “Since day one Christian has embodied ‘what’s next’ in fashion and hair fashion. As partners, we look forward to inspiring one another to push the limits of creativity and transformation.”

“I’m beyond excited to partner with Sebastian,” said Siriano. “Hair is your best accessory, and allows for fearless transformation. It is what turns an ordinary Little Black Dress into a bold, show-stopping look.  I wouldn’t rely on anything other than Sebastian Professional to take my looks to the next level.”