This year marks the 75th Anniversary of the famed Denman brand, which is renowned for its standards in quality, performance and innovation in the salon professional brush market. The brush gained initial popularity when Vidal Sassoon endorsed the product back in the 1960s and 1970s. “The Denman came with us everywhere. Next to the scissors it was the most deadly weapon in our repertoire and how thankful we were for it,” said Sassoon.

Recently at Cosmoprof Las Vegas, Denman celebrated with over 120 customers and friends at the Border Grill to celebrate Denman and mark the momentous occasion. The evening started with West End actress and face of Denman, Zoe Rainey, who serenaded guests with “Diamonds are Forever” as a nod to Denman’s 75th Anniversary.

The evening was followed by a speech from company chairman John Rainey as well as a short video on Denman’s ascent through history and footage from the recent “Icon’s” shoot where five of the UK’s top hairdressers joined forces to put together a special photographic collection in celebration of Denman’s 75th Anniversary. A selection of the photographs were presented as a sneak preview of the full shoot which will be published this Fall 2013.

“We have worked hard to build a strong brand image for Denman and an outstanding reputation for producing products which continue to delight hairdressers and consumers throughout the world,” says Rainey. “Our marketing and sales teams travel extensively to work closely with customers ensuring that our market-leading position is maintained and developed. We are delighted that so many of our customers and friends here in the US are able to join us this evening and share in our 75th anniversary celebrations.”

Inspired by the Denman History video, where he saw his father featured, Long-time NAHA Winner Nicholas French made an impromptu and heartfelt speechon the rich heritage of Denman and the company’s positive impact on the hairdressing industry.

At this year's Cosmoprof Las Vegas Denman took the opportunity to acknowledge VNC Sales for their outstanding sales growth in 2012. VNC Sales managed to increase sales in their South West territory by over 100% between 2011 and 2012.

On receipt of the award Kevin Van Nest said; “Denman is a great manufacturer to work with who are caring and pay attention to the top styling trends. They also are fantastic with detail and follow through.”

Denman Chairman John Rainey said, “We value VNC Sales sound professional advice and appreciate their generous hospitality on our visits to Dallas. As we look forward to celebrating 25 years of Denman Inc. in America next year we wonder who next year’s recipient will be. Halfway through the year it seems that VNC Sales will be hard to beat.”

For more information on the Denman brand, visit www.denmanbrush.com. 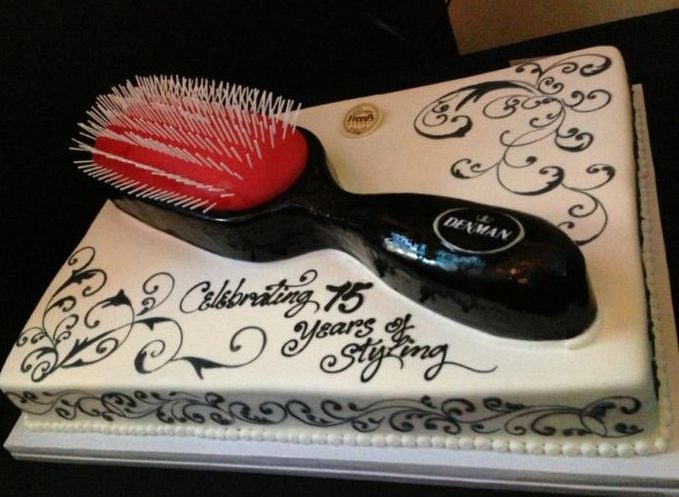 Chief Impact Officer and Human Potential Expert Jen Groover joins the company to double down on strategy to accelerate and empower the professional beauty industry.