Mitchell Field's long career as a hair stylist could serve as a timeline of popular culture.

From his days as an apprentice at the posh and world renowned Mayfair salon of Vidal Sassoon, to Montreal, Los Angeles and eventually Marin County, California, Field has cut, curled and colored his way through the last five decades. During his career he helped establish iconic hair designs; played an important role in popularizing punk-culture and rock 'n' roll hair styles of the 1980s; and even styled Michael Richards’ iconic 'Kramer' look for his role in the popular television series “Seinfeld.”

Field, who continues to operate an intimate, sophisticated salon in Fairfax, California is celebrating his 50th anniversary in 2013 recalling his five decades cutting through changes in fashion, culture and obsessions with hair. 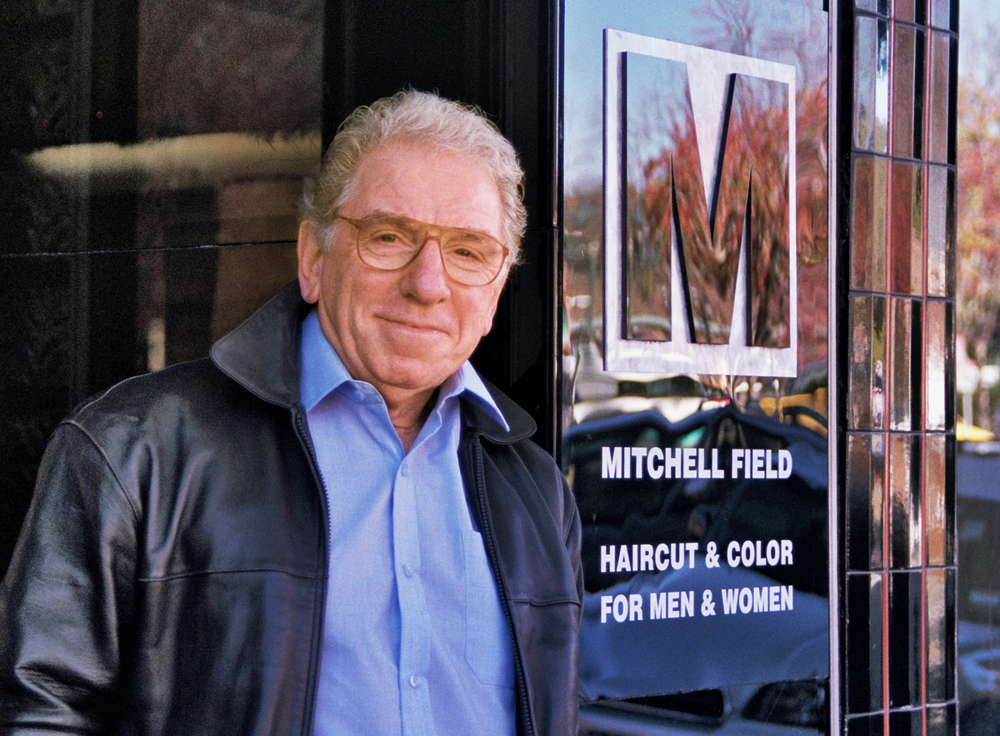 In addition to his career as a hair stylist, Field also ventured into entertainment, establishing himself as a respected Bay Area actor and radio host. He's appeared in independent films and commercials and in stage plays and musicals for theater companies including the Marin Mountain Play, Ross Valley Players and Berkeley Repertory Theatre. He also produces and hosts "The Field Trip," a weekly arts and entertainment interview show, broadcast on Radio Sausalito.

His passion however, is hair styling. Field has enjoyed a career which has brought him from Mayfair to Marin and from post World War II conventional hair styles into the 21st century, where individuality rules the day.

"It's hard to believe that 50 years went by that fast. In five decades I've seen hair styles go from pin-curls, teased bee-hives and flattops, to geometric cuts, punk and hair extensions, to the styles of today. My 'signature-style' is relaxed, modern cuts and great color and highlighting which suits my client's personality, looks and lifestyle," says Field, who lives in San Rafael. "Sexy, face-framing layers are a big hit with my female clients and no-nonsense, wash-and-wear cuts for the men."

Beginning as a shampoo boy, Field was 14-years-old when he landed a prestigious three-year apprenticeship at Vidal Sassoon's original salon on Bond Street in London.

"In London in the 1960's, everything one needed to know about hair could be said in just two words - Vidal Sassoon. So, I decided to begin my career there."

Vidal Sassoon (who died in May 2012) established a revolution in hair styling in the 1960's. His "wash and wear," geometric hair cuts were embraced as modern and liberating.

"I began on Bond Street in London's Mayfair and I spent five years there with Mr. Sassoon. He was 'The Godfather' of modern hair styling," says Field.

Field was a mere sixteen when he became Sassoon's youngest stylist. He worked alongside Vidal on hair styles for Paris and Rome fashion shows and with top models including Jean Shrimpton and Grace Coddington, who is today the Creative Director for American Vogue.

"It was an incredibly exciting time. We Baby-Boomers were beginning to make our mark on hair, fashion and music. It was a huge explosion called 'London's Swinging Sixties.' It was a period of optimism, hedonism and cultural revolution. It was Carnaby Street clothes, Mods, 'Twiggy', The Who, The Kinks, Pirate-Radio, the Mini car and the Mini skirt," said Field.

At seventeen, Field created the 'Square-Curls' hair pieces, which became an iconic image for Sassoon.

"Learning my trade with Vidal was as good as it got. In those days if you were at Sassoon, you were 'it,” says Field.

In 1969, the sexual, musical and social revolution culminated with 'Woodstock,' a three-day musical festival in upstate New York that became the benchmark for a generation evoking social and cultural change. Then in his 20's, Field went to the historical event and appears in the 1970 documentary film.

"Culturally, Woodstock was a game-changer. It ended the 1960's with a bang. Seeking change in the late 1960's I moved to Montreal and operated salons there for a decade, then spent two years 'on-the-road' as a platform-artist, styling hair at conventions and conferences, before a large Midwestern chain of hair salons and beauty schools brought me to the United States as their 'Styles-Director,'" says Field.

Professional opportunities brought Field to Los Angeles in 1980, a time when hair styles became the fashion accessory for self-expression with outrageous color and cuts becoming the norm.

"By the 1990's I was ready again for a change. After a dozen crazy years in Los Angeles, I was burned-out and needed to switch gears. I was traveling through Marin County in Northern California and had a few free days to explore the county. I drove into the little town of Fairfax and that was it," says Field.

"The downtown salon that I've been in for the past 20 years was miraculously vacant; I met the owner and signed the lease that day - within a month I had moved to Marin. I commuted to L.A. three days a week for the first two years until I had built my clientele here, then I sold the businesses in L.A."

Field opened his current salon, located on Broadway Boulevard in Fairfax, in 1992 and settled into a more relaxed pace in order to pursue new experiences, including performing on stage and screen, hosting a radio show and leading trail and mountain hikes.

"Once I got settled in Marin I finally had the time to explore personal interests including acting and the outdoors," says Field. "I still enjoy working as a hair stylist and love helping my clients’ look and feel their best. There is no particular dominant style or length today; it's all about wearing what suits you. A great haircut is important but what's most important is great hair color. Color is the hair cut of the 21st Century," says Field.

"Hair styles serve as an important marker for the transformations that society has made in the last 50 years. It's been exciting to be part of that. A timeline of hair style photos marking each decade would tell the story of how we've gone from conventional and uptight to relaxed.”

“It’s important to understand each clients’ needs. My clients range in age from teenagers to Baby Boomers, so I’m constantly spending time searching the internet for ideas; video education; and the latest trends while incorporating the 'classics' in my work.”

"I've followed and maybe even been part of establishing fashion trends, but today, for me the great fun of what I do is working with my clients to find the perfect cut, color and style for them. Fashion comes and goes but great style is timeless," says Field.

For more information about Mitchell Field Salon in Fairfax, Calif. and its special 50th Anniversary promotions and events call 415-454-8818 or visit www.mitchellfieldsalon.com