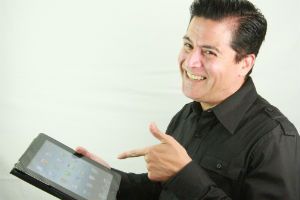 In the Ventura area just north of Los Angeles, California, Freddie Berumen, owner of Freddie B’s says having a salon business that is ahead of the technology curve makes him more marketable as potential employer. “Stylists today are hungry to be with a tech-savvy salon, it’s made me the place to be.”

For Berumen’s, any staff member can use a smartphone or tablet to access the salon’s software and appointment book at any time, and Berumen says that’s helped end the panicked early morning calls and tied-up phone lines to check schedules. “And when a stylist is out and about and runs into a client who wants an appointment, she can confidently pull out her phone and squeeze the client into the schedule,” he says.

This past January, Berumen and the team started using Yahoo Instant Messenger to communicate with the front desk. “The front desk would get congested with staff lingering trying to make a change to their own schedules or trying to make an accommodation for a certain guest, and I didn’t like the way that looked,” he says.  “Now, we can text directly to the front desk and a little buzz goes off, alerting them to a message. A stylist can send an alert that she’s just finishing up with a client and she’ll be right up for the next one, or ask the desk to check something when they have a free moment. It’s been really useful.”

Like Fox, Berumen and his staff are using tablets in conjunction with Pinterest as Look Books for consultations, and he believes it sends a clear message to clientele that his staff are modern and current in their skill set. The salon uses tablets to connect to Flickr.com, a photo sharing website, where each stylist stores their images from photoshoots, weddings and regular clients. “Most of the images they take with their phones, and we’ve been impressed with how many new clients we get who have seen those online,” says Berumen. “Prospects also like the chair-side pictures stylists take with their phones as opposed to the professional shots because they know that it’s the real work, and it’s not been retouched.”

“We’re also doing more pre-booking at the chair using the tablet and not only does it free up the front desk, but it avoids that dance at the end when the client’s mind has already moved on to her next task for the day,” he says. “That allows the front desk staff more time to focus on up-selling more products while they are closing the transaction.”