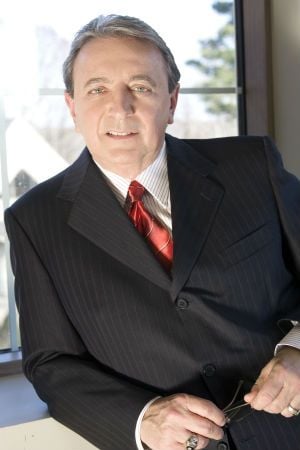 As an industry visionary who pioneered several concepts such as the Grand Salon, which married salon, spa and nail services in almost 20,000 square feet of luxury, Charles Penzone was a frequent source in SALON TODAY features over the years. Having earned numerous industry honors, including several SALON TODAY 200 and SALONS OF THE YEAR awards, Penzone’s often graced our pages, and even made the cover a time or two. So when Editor in Chief Stacey Soble learned the owner of six salons in the Greater Columbus, Ohio-area was celebrating his 50th anniversary in the industry, she seized the opportunity to interview him via podcast. Following is an excerpt of that interview:

LISTEN to the podcast.

SALON TODAY: What first attracted you to hairdressing 50 years ago?

PENZONE: I’m a first generation Italian American who is in his late 60s. Most men of my generation of Italian heritage went into professions like hairdressing, barbering and construction, or businesses like restaurants, grocery stores or importing produce. I had five male cousins in the beauty industry and probably even more female cousins. I thought I would give it a try and decide whether I was going to stay in it or go on and pursue something else. I fell in love with this industry, and it’s been the only thing I’ve done for 50 years. 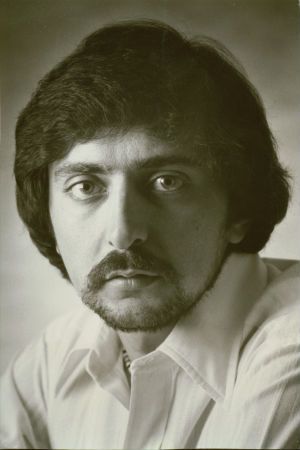 SALON TODAY: If you were looking back at a scrapbook of your career, what pages would make you the most proud?

PENZONE: This company and this brand have much to be proud of. One page I would definitely include would be our associate training program which we started in 1969. Or maybe I would show a picture of the first computer we put in during the 1970s. Or the beautiful salon designs we did very early on as well as the employment agreements we introduced to the industry. The Grand Salons are something that we are very proud of, as well as our management team, which includes two CPAs, six MBAs and probably 20 other people with business degrees. I’m also starting my 16th year as a member of the Ohio State Board of Cosmetology, and am serving under my fourth governor—that would definitely be in the album. And, we’ve employed up to 10,000 people in the Central Ohio area and providing jobs for people is something I’m elated about. I’ve often said I’ve had the opportunity to party with Paul Mitchell in the ’70s and dine with Vidal. I’m proud of this company that currently consists of about 500 great people…we’ve been very blessed and are very lucky.

SALON TODAY: Over the span of 50 years, are there any lessons you’ve learned you’d like to share? 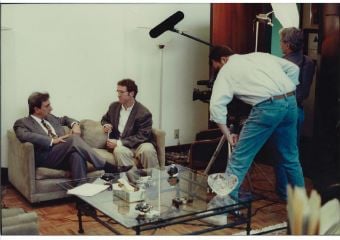 PENZONE: This industry is so different than it was when I opened my first salon in 1969. There were no chain salons then, and booth renting and independent contracting was barely being considered. But if I were opening a salon today, I would look long and hard before making a move, because I think there are some options that I didn’t have because of change, because of independent contracting, and because today manufacturers employ talented people and give them great opportunities. I would want to start young, because it takes a long time to build a brand and I would be thinking on a large scale. I would go big or go home, and if I didn’t want to go big, I’d look at independent contracting or working for a manufacturer on the platform or in research. I would look at other options. I didn’t have competition to speak of in 1969 and it was a lot easier to do what I did then. But today, I’d be more cautious about government regulation, and the impact of healthcare reform…there are so many other things today to consider.

SALON TODAY:  I know a deep commitment to the community  has remained very important to both you and your wife Debra. Tell us why philanthropy has been a critical component of building the Charles Penzone Salons? 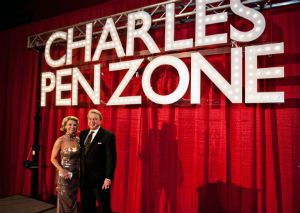 PENZONE: It’s a very big part of our corporate culture. My wife Debra has been the president of the company for about five years and she and her team have pretty much been directing the day-to-day operations. Debra’s been with the company 25 years and started out as everyone does, as an associate and an assistant and she worked her way up through all the different levels of design work, then she was our training director and creative director. But Debra’s first role after we took her out from behind the chair was to be the corporate liaison to the Columbus community and to put back into the community what they’ve given to us. We both feel a debt of gratitude to Columbus, but we also feel that a better community makes a better business environment for everyone.

So it’s become a huge part of our corporate culture and we’re even having an awards event called “Earth Angels,” and we give medals, which are necklaces with a heart and angel’s wings, to staff members who go over and above to contribute to the community. Some of the activities we are involved in include opening up one of our Grand Salons once a year to a charitable organization that focuses on children with debilitating diseases. We are probably involved in three or four different cancer organizations and charities, and Debra’s been the Volunteer of the Year on two separate occasions. Most of our activities focus on women’s and children’s issues. I don’t think a week goes by that we’re not doing something philanthropic.

SALON TODAY:  You also are very active members of the International SalonSpa Business Network—how has that been important to the growth of your company?

PENZONE: Well, ISBN is a group of salon owners who have multiple locations, and you can have as few as two salons and be a member, and as a group it’s probably the brightest minds in the industry when it comes to the business side. I was on the board for several years—and the organization is made up of really smart business people who run successful salons and operations and there’s a great deal of sharing within the organization. It is to the business side of the industry what Intercoiffure is to the creative and fashion side—it’s where you find the crème de la crème of business. The conferences are great for networking, and the information you receive from anyone in that organization is always helpful. I would advise anyone who’s in the industry—whether they’re just starting out or whether they’ve been around awhile—to be involved in the best organizations you can possibly be involved with. Get involved not only for the information and the networking, but also if as an industry we are ever going to be effective politically, we have to have strength through some of our great organizations.