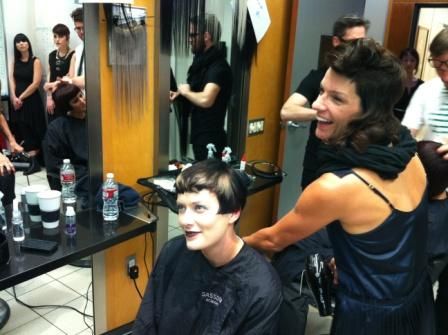 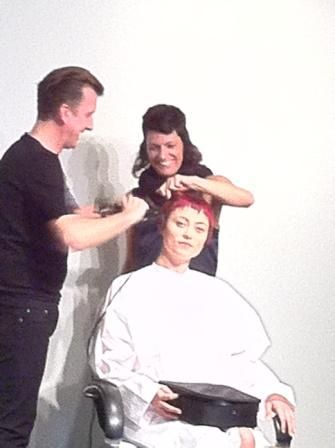 Hayes and Sakosits on stage. 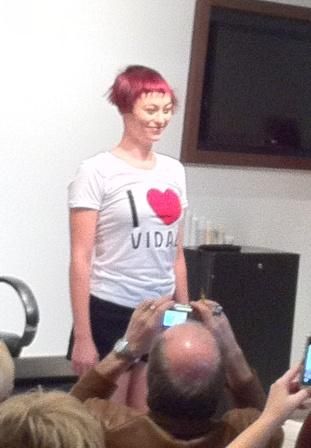 Model "after" Mark Hayes had created a choppy fringe and "doll-like" texture on one side. 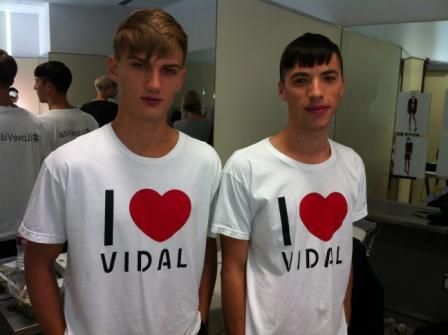 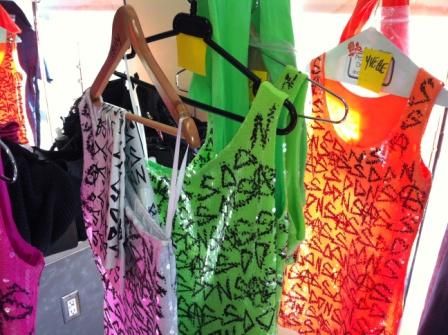 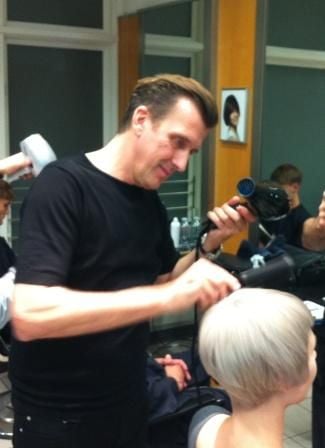 Mark Hayes backstage prior to the Masterclass.
1/7
View all

3/7
Slider
Hayes and Sakosits on stage.

4/7
Slider
Model "after" Mark Hayes had created a choppy fringe and "doll-like" texture on one side.

7/7
Slider
Mark Hayes backstage prior to the Masterclass.

"What they were doing was colorful, fun and the antithesis of the economic climate, which was at its bleakest," said Hayes. "There was a huge economic downturn but this spawned a massively creative and very energetic time. There was a do-it-yourself spirit and these three took what was going on and made art that still resonates today "

When Hayes opened the class, he did it demonstrating a short haircut, slightly assymetrical in back, with a choppy fringe.  "I was looking at Stella Tennant in a Chanel ad and was inpsired."

Hayes also addressed the importance of a cut "suiting" a person's face, looks and lifestyle.

"When I trained, suitability was often emphasized last, but I think it should be the first consideration," said Hayes. "I've seen a lot of hairdressers over the years and they were technically very good but they didn't think about the personailty of the person they were working on."

Dwight Sims, Sassoon Show and Seminar Coordinator, was overseeing backstage model prep and described the unique way models become part of the Sassoon family.  "We incorporate them into our fold,"said Sims. "They travel with us, we embrace them and we watch them grow.  And these boys and girls--there's not a selfish, arrogant bone in any of them. Absolutely no attitude.  What's important is the work."  Vidal would be proud.