On Sunday October 21, Jan Seybold, who owns Carenza Color Cutting Experience in Brookfield, Wisconsin, with her husband Laurence, was finishing up some work while the cleaning crew was tidying up the salon after a busy week. She remembers hearing a number of sirens, but says she didn’t think much about it at the time—not until her daughter later called her to tell her about the deadly shooting incident at Azana Salon and Spa, which was literally across the parking lot from Carenza.

The tragedy at Azana happened just three days after a fatal shooting at a salon in Florida, and both occurred close to the one year anniversary of the shooting rampage at Salon Meritage in Seal Beach, California, which left eight people dead. In each case, the estranged partner of an employee of the salon or spa was the alleged shooter.

According to NBCnews.com, on Thursday, October 18, a gunman stormed into Las Dominicanas M & M Salon in Casselberry, Florida, just northeast of Orlando.  He fatally shot three women and injured a fourth, who was the salon manager and his ex-girlfriend. He fled to a friend’s home, where he later killed himself.  The salon manager, who was critically injured, had previously filed a restraining order against him.

Three days later in Wisconsin, the estranged husband of an employee of Azana stormed into the spa, ordered people on the ground and begun shooting. When police SWAT teams arrived at the scene, clients--barefoot and dressed in spa robes--were fleeing the scene, some with wounds. Three women were killed in shoot, four were injured, and the police found the shooter, who’d killed himself, in a treatment room.

Today, a message on the home page of the Azana website reads: Thank you to everyone in the community for your outpouring of love and support. We are devastated by this tragedy and remain in shock over how this could have happened. We will continue to update you as we have more details. In the meantime please keep the victims and their families in your thoughts and prayers.

Trying to Make Sense of the Senseless

For the Seybolds and their team, the tragedy hits close to home. “Not just physically, but within the world of beauty. This could have been any of our salons or spas,” she says. “And we all have such a caring, nurturing nature, as I talk to others in the salon community today, everyone wants to know what they can do to help.” 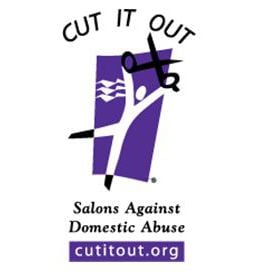 Seybold has reached out to nearby owners Kitty Tierney, of Impressions in Mequon, and Dawn Panfill, of Hair and Body Solutions, in New Berlin, to organize a purple ribbon campaign to raise funds for the victims of the Azana shooting. Their idea to give the purple ribbons to clients who make a $5 donation to the fund. The local owners also have begun to discuss who has open space they could donate rent-free to keep the spa’s employees working while the spa is closed. And, they’ve ordered information packets from the Professional Beauty Association's Cut it Out program to help train the staff members and others about the recognizing the signs of domestic abuse.

Seybold invites ideas for helping Azana from anyone in the professional salon and spa community. If you’d like to get involved in the effort, please email her at janseybold@hotmail.com.

Cut It Out, a Professional Beauty Association program, raises the awareness of domestic abuse by educating beauty professionals on the warning signs of abuse and how to safely refer clients to local resources.  Information packets can be ordered with materials to be given to clients, and interested owners also can request a training session in their salon.

But the similarities in three salon tragedies are bound to make owners to contemplate the safety of their staff members and clientele in addition to domestic abuse victims. “While we’ve talked with staff about what to do if a robber came in and held up the front desk, we don’t have a plan in place to deal with this kind of situation,” says Seybold. “It certainly makes you begin to think in a self-protection, vigilante type of way.”

Peter Anthony Wynn, award-winning salon owner and CEO/founder of LetsTalkAboutYourHair.com, spoke to Modern Salon hours after the Wisconsin shooting.  He says salon owners and stylists can be taught to recognize the signs of trouble.

“The thing about being a hairdresser is we’re watching people all the time and we become stress monitors,” said Wynn. “We see people feeling trapped and tense and that’s when violence happens.  The challenge is recognizing when a human being is getting to that moment.  When people are stressed, they want to lash out at what they believe to be the source of their stress.  So, they come into a place because they feel threatened by the people who they believe are influencing their wife or partner.”