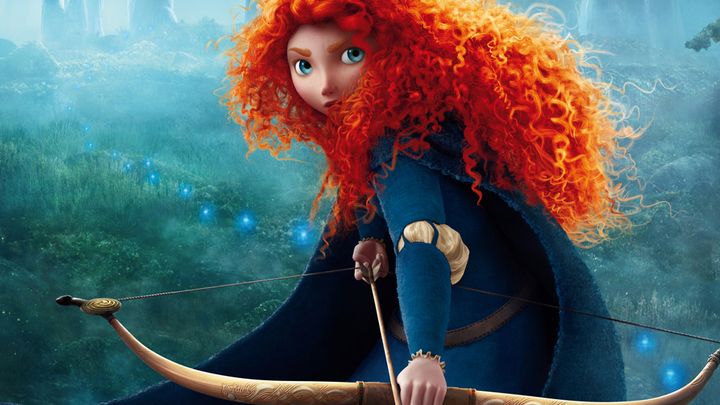 Brave’s Scottish princess Merida is rousing up quite a bit of talk lately with her fiery red locks—from how Pixar research engineers created the 3D strands to its popularity with the younger generation.

The styles of Disney’s princesses from Cinderella, Princess Jasmine from Aladdin, Snow White, Sleeping Beauty and Bell from Beauty and the Beast have always been inspirational styles for children, and now the 3D computer-animated character, Merida, has joined the list with her wild and red texure. Red hair continues to be trending, seen on celebrities like Christina Hendricks, Florence Welch, Ahna O’Reilly, Emma Stone and Kristen Stewart, but now the trend has taken a whole new spin—and the “curls” part of the style is really what’s catching the eyes of children.

Think of the braiding trend partly influenced by the Hunger Games’ lead character, Katniss Everdeen, the feisty, independent teenager sent from her impoverished “District” to compete in the Capitol city. Merida’s full head of curls could mirror the same popularity that ingited from Everdeen's signature side braid.

In a recent article posted on usatoday.com, Brenda Capman, one of the directors and contributors in conceiving the character, thought it was near-impossible creating the number of curls in 3D animation. According to USA Today, “Pixar has achieved cutting-edge computer animation in hair with Sulley’s intricate fur in 2001’s Monsters, Inc. and teenage superhero Violet’s straight, long hair presented in the 2004 animation The Incredibles.”

"We've never seen anything like Merida's curly hair," says Claudia Chung, the movie's simulation supervisor. "Technically, that was incredibly hard to achieve." The movie’s animation creators say that it took six months to see if they could even create the long, flowing red texture and two and a half years total to perfect it.

According to Director Mark Andrews (also quoted in USA Today), Merida's personality and hair style played off each other well. "Merida had to have the wildest hair we could imagine. She's a wild spirit. She wields that curly hair in confidence. It's her identity."

Even though it was tough for the animators to re-create, do you think it’s equally as tough to create on your younger clients who want to imitate the heroine’s look? The influence from Brave will likely help spike interest in more curl creation and curl enhancement among kids and clients of all ages. MODERN Editors have already seen an ongoing demand for curly, wavy and textured looks and the proper cuts, colors and products to take care of these styles. Tell us on MODERN’s Facebook page today!

We also recently asked our Facebook fans, if they have seen the “curls” trend popping up on their child clients. We asked, “Do you think Brave’s heroine Merida, is going to spark a new curl trend with younger clients? How would you take advantage of the trend in your salon?” Some of you said:

Kristina Stevens: I love curls!! I have also seen so many braids in my area lately.

Aura Mae: Hope this inspires a generation of girls to love their curls.

Jeff Noble: Love curls of all types i also love mop top to bring out their beauty.

Maria Liberatore: I love red hair but only if it's deep and rusty (maroon) like the pic on the right. Flaming carrot tops look best crowning cartoon figures. Curls are fab.

Francie Beyering Skinner: When I saw the advertisement for this mocie, I immediately identified with Merida. I have short hair now, but I used to wear long bright red curly hair!!! I loved it!!!!

Nicholas Warne: I love making beautiful reds :) and doing some perms could be fun I guess!

For ongoing coverage and conversation about building professional curl expertise and capitalizing on texture trends, watch for the next edtion of MODERN's TEXTURE! supplement coming in September, and see our Texture archives at modernsalon.com/texture. 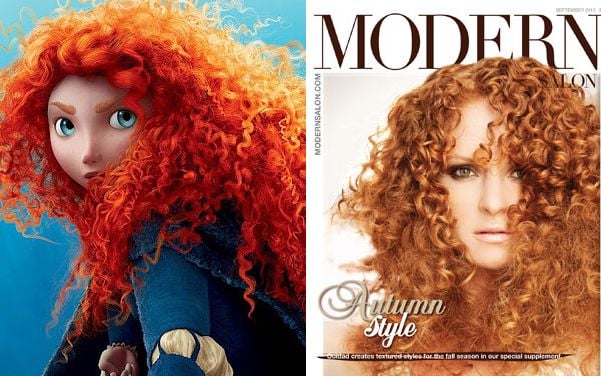 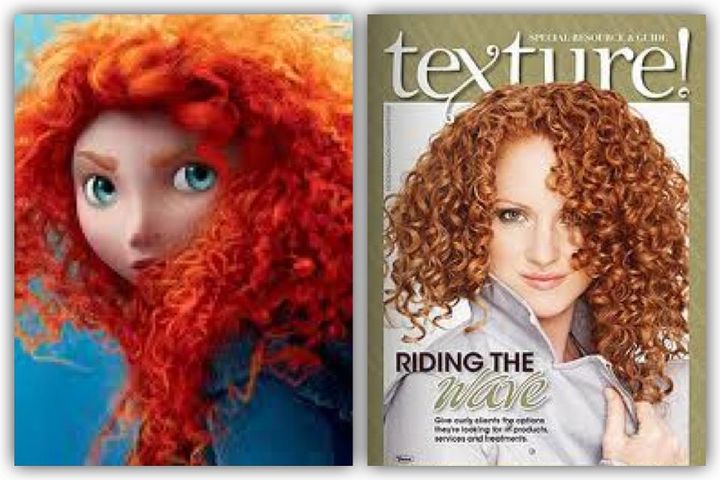