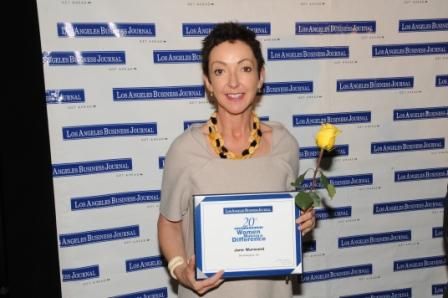 Jane Wurwand, Founder and Owner of Dermalogica, as well as the philanthropic force behind the non-profit joinFITE, has recently been named “Business Owner/CEO of the Year” by The Los Angeles Business Journal (LABJ), as part of its annual “Women Making a Difference” awards program.

Nearly 200 business leaders competed in four categories for LABJ’s 20th anniversary of “Women Making a Difference”. Since Dermalogica’s founding in 1986, the company has prepared thousands of women for entrepreneurial success as professional skin therapists. Since the launch of joinFITE, Dermalogica has helped fund the businesses of over 15,000 women entrepreneurs around the world across all industries.